The weapon was found on top of a crate in the Firing Range section of the map. Reddit user Water_In_A_Cup1, who made the discovery and posted the photo below, also pointed out the container it was resting on said “54 Immortals”. The gun belongs to Seraph, who is a part of the 54 Immortals in the CoD universe. 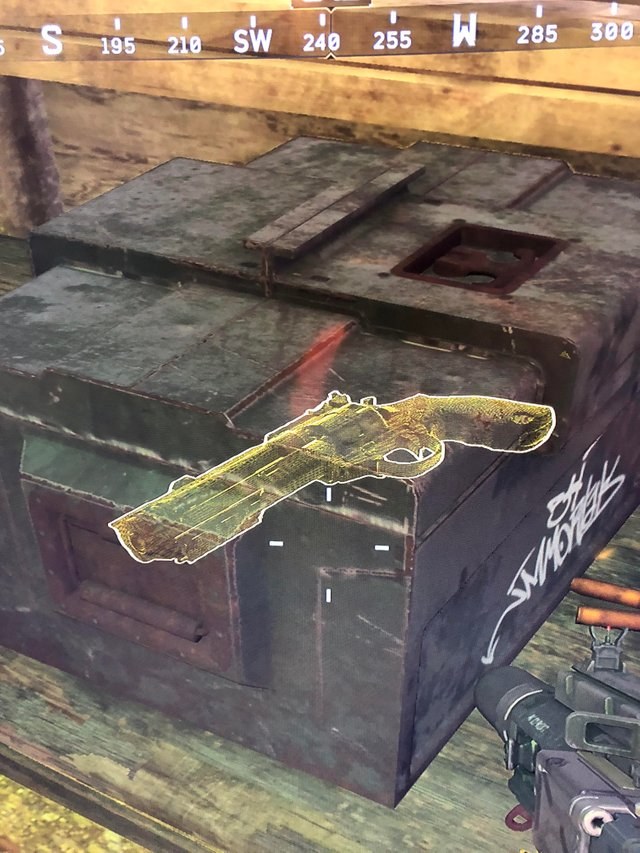 In the comments, Water_In_A_Cup1 said although he could see the weapon, he couldn’t pick it up or interact with it at all, even with the ‘Looter’ perk active.

“They’ve said you’ll unlock characters by finding an item related to them and using it to complete a challenge. So this is probably to unlock Seraph,” user WolfintheShadows suggested.

Looking at the image, the Annihilator is golden-yellow and partly see-through, sort of resembling a hologram. It certainly doesn’t look like it can be picked up either.

Specific challenges to unlock certain weapons, characters or other add-ons would add another layer to CoD’s venture into battle royale.