The Blackout map for the upcoming battle royale mode in Call of Duty: Black Ops 4 will be made up of past Black Ops multiplayer and Zombies maps, plus new locations. One is Rivertown, and we have our first look at it thanks to a new teaser.

Rivertown is one of a few named locations that are completely new, and not based on past maps from MP or Zombies.

Some of the other new locations include ‘Factory’ and ‘Construction Site’, but Rivertown is actually the most central location on the map, adjacent to Firing Range, and so it could be a very popular drop point. 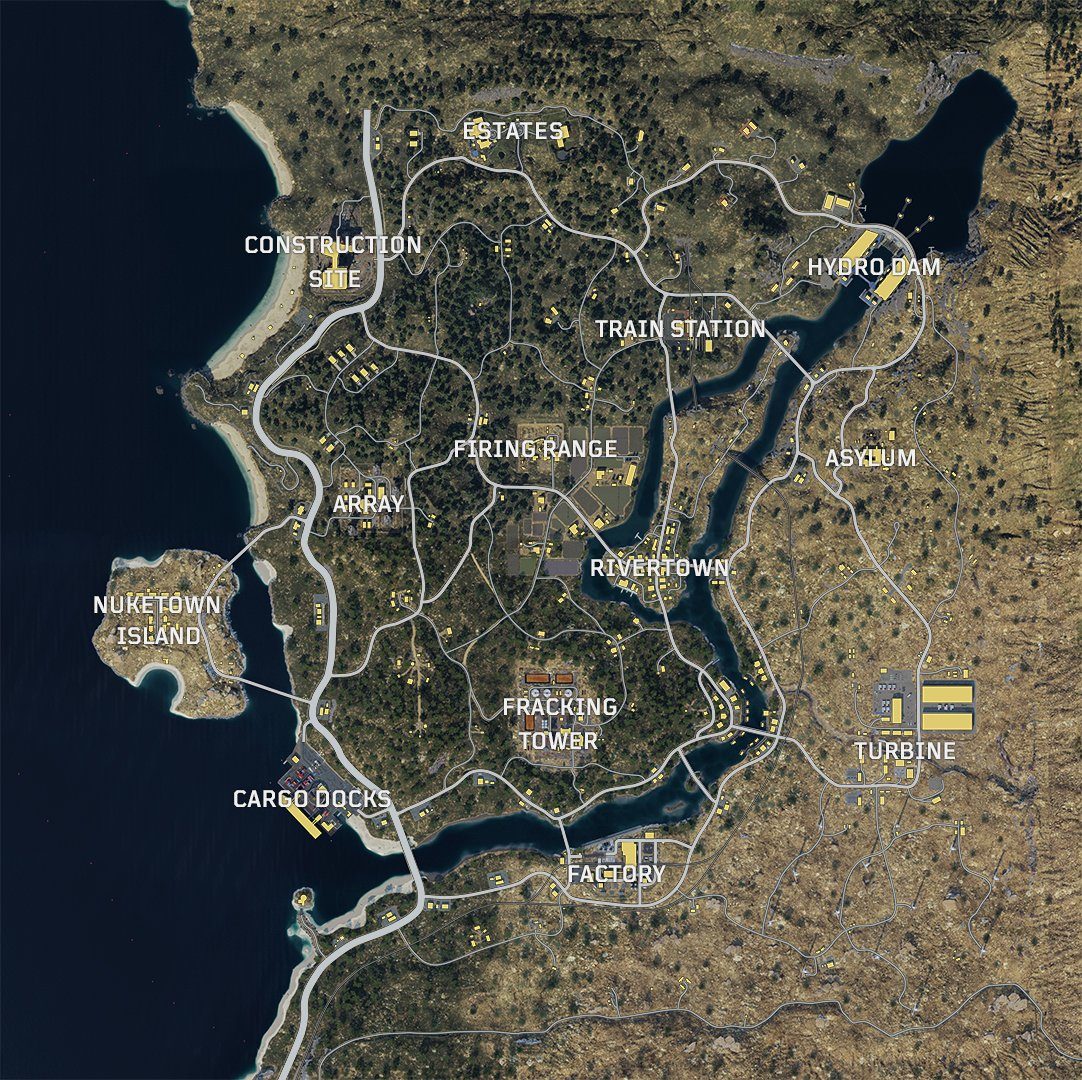 From the map overview, all we knew about Rivertown was that it featured a busy collection of buildings, perhaps the most structure dense location on the map.

But as far as the size and height of the buildings, we had no clue, until now.

The new teaser, posted to Call of Duty’s official Twitter page, shows a gas station, some residential properties, a Pizzeria and more. Generally, it looks just like a small town, as the name would suggest.

One of the buildings also looks remarkably similar to the old house from Black Ops III multiplayer map, Fringe.

Fans on PS4 will not have to wait long to finally get a look at Rivertown and the rest of the Blackout map, as the beta will go live on September 10.

Unfortunately, for Xbox One and PC players, the wait will be a little longer, as they will get access to the beta on September 14.

Everything We Know (So Far) About CoD: Black Ops 4 ‘Blackout’ Battle Royale Mode