OpTic Gaming member and former player Damon “Karma” Barlow plans to return to Call of Duty competition for the Black Ops 4 season, but is stuck in a predicament trying to find a roster.

Karma, a 3x World Champion (and the only player to have managed this feat), was dropped/benched by the OpTic roster midway through the WWII season.

He remains under the OpTic brand as a content creator, mainly as a streamer, but he plans to be back on the main stage for the Black Ops 4 season.

But, despite his experience and winning history, it isn’t as easy as some may think for Karma to settle on a new team.

As Karma has now explained himself, this is largely because of the possibility of CoD esports moving from four player rosters to five, and the uncertainty this is causing. 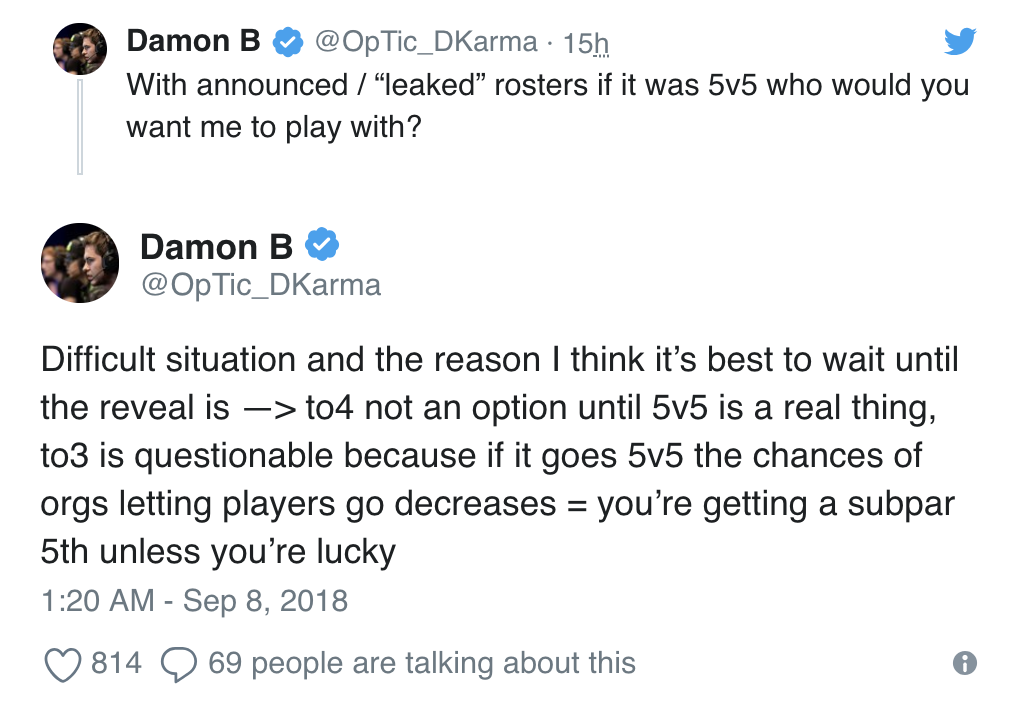 For this reason, it appears Karma will hold off settling on any set roster until after the announcement of 4v4 or moving to 5v5.

It is expected that all information regarding the Black Ops 4 competitive season will be revealed on September 19, when there will be a livestream direct from Treyarch studios about the upcoming year of the CWL.

Despite not playing throughout the end of the WWII season, Karma’s history as a competitor will undoubtedly keep his stock amongst players high.

If it does in fact move to 5v5, this may even benefit Karma, as some teams already organized as a four will be scrambling to secure a player of Karma’s caliber as their fifth.