TeePee has been with OpTic as a coach since December 2017, but has just now sat down with H3CZ to give some insight, among other things, on the most effective way of improving and launching a career as an esport pro.

Before retiring, TeePee enjoyed an extremely fruitful career as a CoD pro, winning the 2014 Call of Duty Championship with compLexity before ultimately landing at the helm of Team OpTic.

In the latest episode of The Eavesdrop Podcast, TeePee spoke from experience of what players and teams value in a player as well as the best way of landing on a team’s roster. 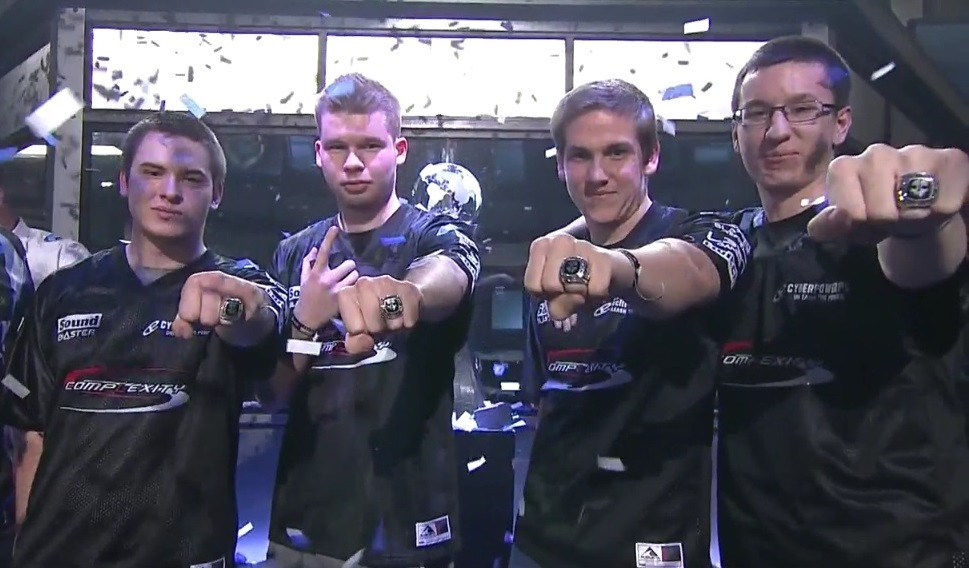 TeePee (second from right) in 2014 after winning the Call of Duty World Championship.

TeePee has seen it all in CoD’s esport scene and said the best way of getting better at the game is refusing to play against stagnate competition while letting oneself lose to improve.

“It’s all about putting yourself in a situation where you’re practicing against people that are better than you,” TeePee said. “You need to get smacked in the face sometimes to realize how they’re beating you, why they’re beating you.”

The former World Champ emphasized that amateurs should be playing the same kind of games that the pros play. That’s not to say the same game title, it means to play in the same type of tournaments, with the same stakes, and the same competitive environment.

“Find a dedicated squad, start on your GameBattles ladders, and get reps in on the actual game types that the pros play on. And then work your way up on those ladders, start those pay-to-enter tournaments. That’s how you play against better competition,” TeePee said.

Young players looking to get into the CoD esports scene need to get used to losing in order to improve. TeePee has been through all the spectrums of success and failures, but it’s applying knowledge gained that will truly elevate your game.