Although he has undoubtedly been hard at work assembling 100 Thieves’ new Call of Duty team, founder and CEO Matt ‘Nadeshot’ Haag might want to put in more time in learning more about his players’ careers.

The acquisition of former Team Kaliber standout Kenny ‘Kenny’ Williams has been applauded by many in the community, but as it turns out, Nadeshot knows very little about the player’s career other than that he had an outstanding WWII season.

This became apparent when Nadeshot joined in on a Twitter conversation and asking about how long Kenny has actually been involved in competitive CoD. 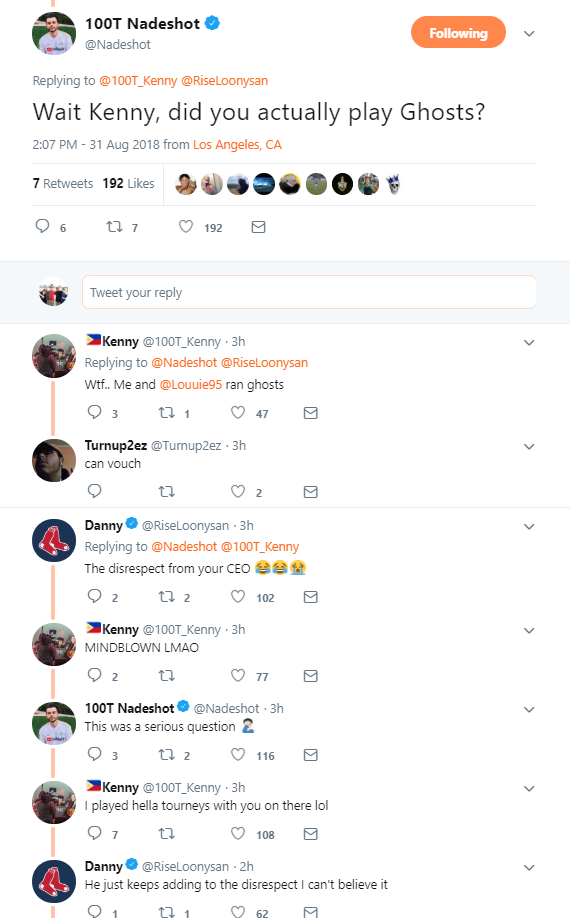 The conversation did not end there as various pro players joined in and began cracking jokes at how little Nadeshot knew about Kenny’s career. 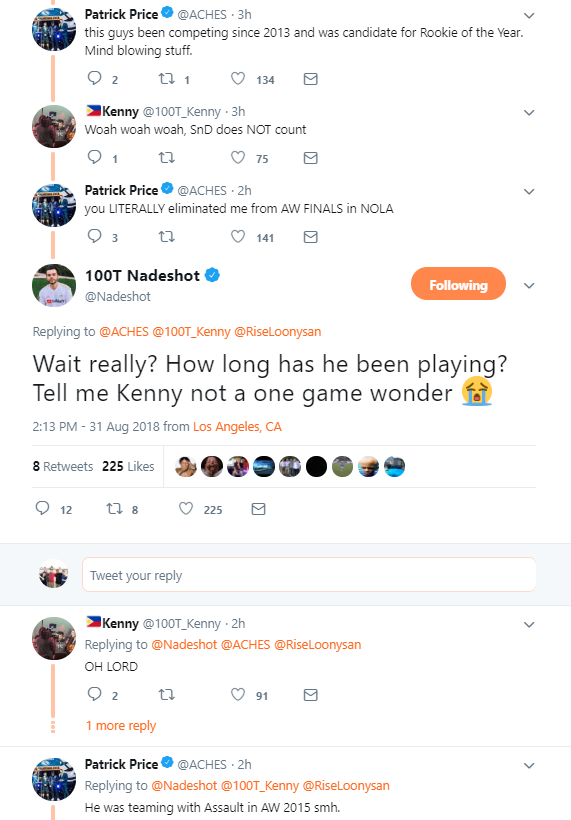 Things began to wrap up when longtime CoD pro Chris ‘Parasite’ Duarte joined in and cleared things up for Nadeshot and whoever else that did not know much about Kenny before WWII. 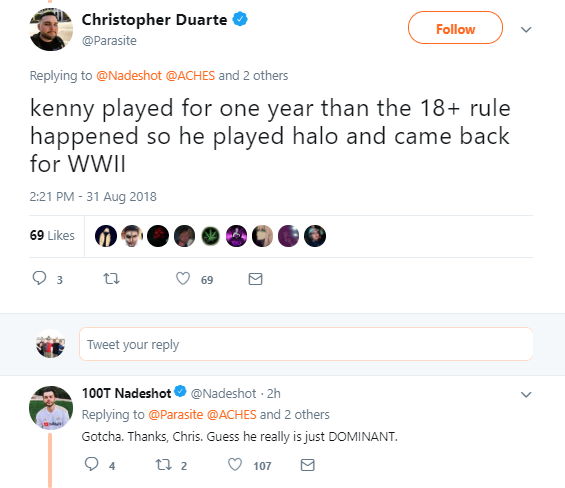 As Parasite mentions in his tweet, Kenny competed in 2015 as a member of WiLD Gaming and Team JusTus before having to sit out for a several years due to the 18+ age restriction that was imposed.

While this was all some good-natured ribbing, Nadeshot and and his CoD team will likely be a lot more serious once the Black Ops 4 competitive season rolls around.

After a brief and unsuccessful stint in 2016, 100 Thieves will look to re-enter the scene with a bang, as evident by their recent acquisitions of Kenny and Maurice ‘Fero’ Henriquez.