Modern Warfare Season Two is finally here after a delay, dropping on February 11 with a batch of new content and some much-needed updates. Here’s everything that it includes as well as the official patch notes.

It’s been a long first season of Modern Warfare, but overall it was a success, at least certainly by Activision’s metrics for microtransaction revenues so far.

But, it wasn’t without complaints too. Notably, the lack of ranked playlist, months into the game’s lifecycle, left more competitive players feeling ignored. Infinity Ward is rectifying this with Season Two, but only partially, with a new CDL ruleset playlist – but it’s not ranked.

Ghost is one of three new operators coming in Season Two.

Season Two starts on February 11, with the full update expected to be available at around 10am PST / 1pm EST / 6pm GMT.

Some players on PC have been notified of scheduled maintenance taking the game offline at 7am PST / 10am EST / 3pm GMT on February 11, lasting approximately one hour.

As expected, there are new maps and weapons dropping, plus a new operator, which looks like it will be the standard season content. At first, there will be two regular maps, one Ground War map, a gunfight map, two new weapons, and one operator, but more are coming later in the season.

First, on February 11, MW2 classic ‘Rust’ will be playable as both a standard multiplayer map and a gunfight map.

Additionally, a brand new map, Atlas Superstore will be a more regular-sized 6v6 map: “Battle in dense lanes of traffic, over fallen shelving, and throughout the shipping, receiving, and employee-only areas.”

There’s also a new Ground War map, Zhokov Boneyard, reminiscent of Scrapyard from Modern Warfare 2, with old discarded airplane parts. Then for Gunfight, there is the new ‘Bazaar’ map, set in the streets of the fictional Urzikstan.

Rust is making its much-anticipated comeback in Season Two of Modern Warfare.

For new weapons, there will be the UMP-inspired ‘Striker 45’ and a new 5.56-caliber weapon, the Grau.

A fan-favorite from MW2, the Striker 45 is a reintroduction of the classic UMP-45.

Later in Season 2, another ‘classified’ weapon will be added to the arsenal.

Initially, Ghost will be the new operator, but will later be joined by two more: Talon and Mace. We don’t know much about these two, except Mace used to be in the same unit as Ghost, until “things changed.”

Ghost is another MW2 throwback making his way into Modern Warfare.

To deliver this content, there’s a brand new battle pass that players can purchase starting February 11. Both the new weapons are available through the battle pass, with the Grau 5.56 at Tier 15, and the Striker 45 at Tier 31.

Ghost is unlocked at Tier 0, and the battle pass bundle option will automatically unlock the first 20 tiers, but will cost a premium over the standard battle pass purchase.

You can find out everything you need to know about the Season 2 Battle Pass here, including all 100 tiers of new content, the price, and more.

For a full look at everything coming this season, including new multiplayer modes, the complete roadmap shows what’s being added on day one of Season 2 and everything else that’ll be released at various points in the upcoming weeks.

* A note from the team: Bazaar and Gunfight Tournaments will go live later in the season! 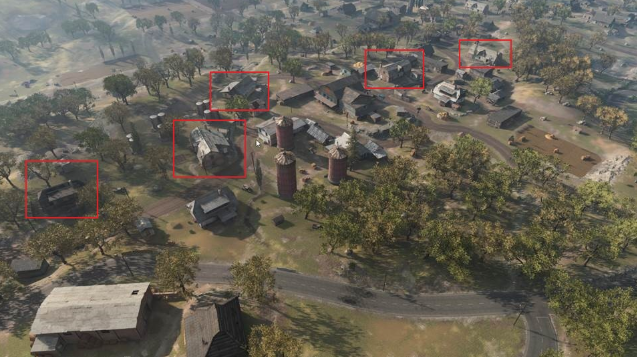 Changes to Krovnik Farmland in the Modern Warfare Season 2 update.