One of the most recognized brands in gaming entertainment, Machinima, has saddened the community on January 19, by deleting every video from its YouTube channel.

First founded in 2000, Machinima (machine cinema), was based on taking video game characters and assets and making short video stories or comedy shorts with them.

The brand would go on to become the main network for gaming YouTuber’s, allowing creators to generate an income from their YouTube content by signing a partnership with Machinima. 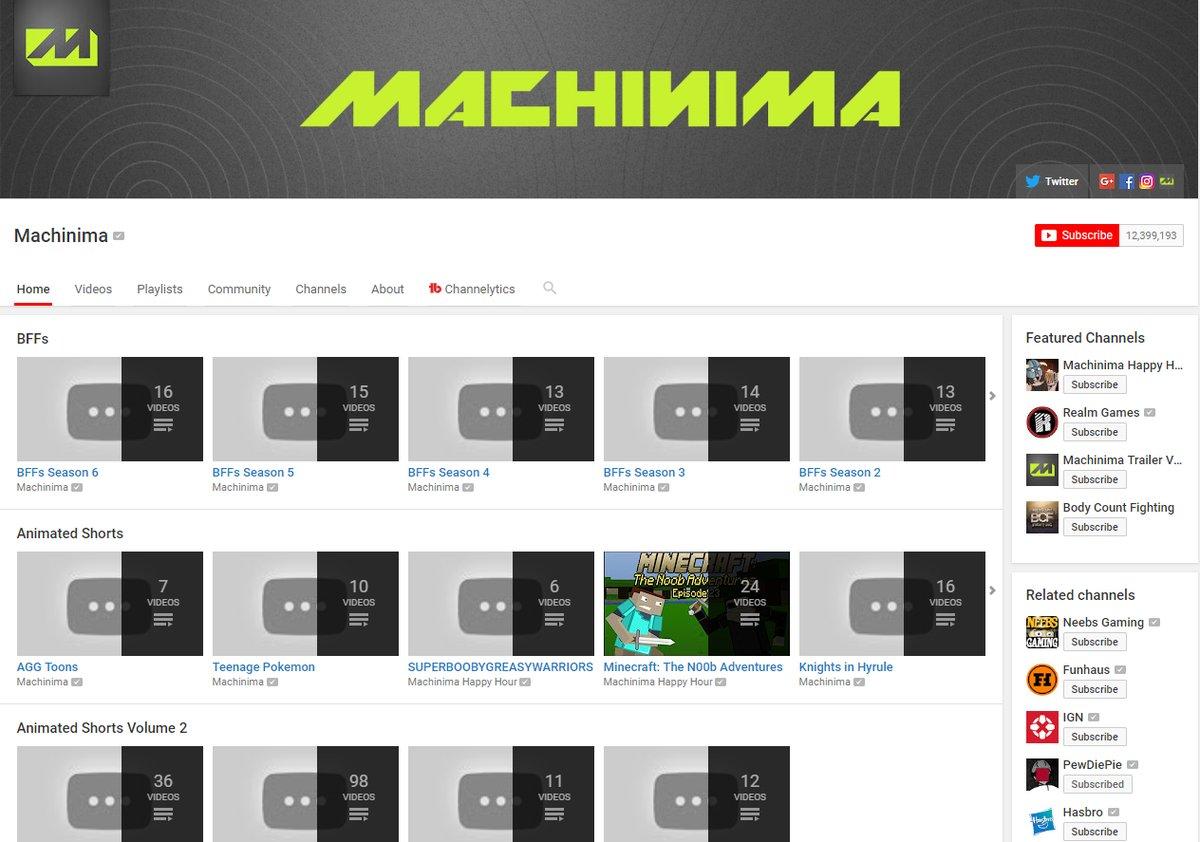 The majority of gaming content creators on YouTube were at one point signed with Machinima, and the official channel soon became the hub for all the most popular gaming content on the platform, garnering over 12 million subscribers.

It reached a peak in popularity with the glory days of Call of Duty content on YouTube from 2007 to around 2012, and was the major network behind the surge in ‘gameplay commentaries’. The channel also held streams under its ‘Machinima Live’ show, and entered esports with ‘Machinima Vs’.

The community reacted to the sad news that all of the channel’s content, over a decade worth of videos, had been entirely wiped.

#RipMachinima I found gaming on @Youtube through Machinima.. They pioneered everything you see today when it comes to gaming..

I remember dying to be partnered w/ them and looking up to everyone that was :upset:

the sad music makes it even sadder… :sob: pic.twitter.com/3ZGRVL3VY4

Wow… they finally went ahead and deleted everything we'd ever done.
7+ Years of work… lost to the sands of time. #RIPMachinima

Make sure you're subbed to our new channel that we started after leaving Machinima last june – https://t.co/CdswejOfLJ – thanks pic.twitter.com/H8MEVGHaCq

In late 2018, Machinima was overtaken by Otter Media, and in turn all Machinima creators were transferred to “Fullscreen”, another Otter Media operated agency.

Long time Youtube Staple, Machinima, is dead. Otter Media took over the channel from Warner, and has since deleted all videos off the main channel, which is over a decade of videos perhaps lost forever.

Big names including FaZe Clan’s Turner ‘Tfue’ Tenney and streamer Tyler ‘Ninja’ Blevins, and many others, were believed to be partnered with the Machinima multi-channel network (MCN), and were transferred to Fullscreen.

However, some creators were not transferred and were instead simply dropped from the MCN altogether, including YouTuber Maximillian Dood, who has almost 1 million subscribers. He was later added to the YouTube Partner Program to continue monetizing his content.