Former OpTic Gaming content creator and videographer Davis ‘Hitch’ Edwards has organized a throwback Call of Duty: Black Ops 2 tournament with the help of Activision, and we’ve got everything there is to know about it.

With the Black Ops 4 season having already wrapped up, competitive Call of Duty is in a bit of a lull right now, which is why Hitch has decided to put together a BO2 tournament featuring some biggest names in the community, both past and present.

Competing in this event will be top pro players, rosters, and prominent figures from the Search & Destroy scene, all facing off in what will be the first ever throwback event played on LAN.

The official name of this competition is the Team Summertime Movember Invitational – a partnership between Hitch’s content team TST and Movember, a charity that “tackles men’s health on a global scale.”

Also involved is EsportsStadium, a large dedicated esports facility based in Arlington, Texas, which is where this event will be hosted.

Linking up with @EsportsStadium & @Movember to host something really special.

Details in video below :slightly_smiling_face: pic.twitter.com/XAQDevbSk7

The tournament is scheduled to take place on Saturday, September 28 and Sunday, September 29, with the action kicking off at 10 AM PST / 1 PM ET / 6 PM BST on both days.

The event will be livestreamed on EsportsStadium’s official Twitch channel, which we’ve included below for your convenience.

There will be a total of eight teams competing in this tournament, with rosters featuring a mix of pro players, both active and retired, as well as S&D stars who have been around the community for a long time.

Clayster is filling in for TeePee in the old compLexity/Evil Geniuses roster that was one the most dominant ever, while MBoZe and Mosh are taking Karma’s and Mirx’s spots in the iconic Fariko Impact team that took first place in the Call of Duty Championship 2013 during Black Ops 2. 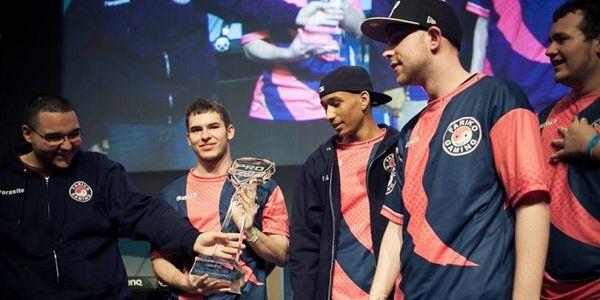 Although they won’t be all playing together, Fariko Impact’s legendary BO2 roster will be well represented at Hitch’s throwback event.
[ad name=”article5″]

While the exact details of the tournament structure haven’t been laid out, Hitch has confirmed that the main competitive modes – Hardpoint, S&D, and Capture the Flag – will all be featured, as well as iconic maps like Raid, Standoff, and Slums.

Of course, we will continue to bring you the latest on this tournament as more information gets revealed between now and the starting date.