How to gift the Battle Pass in Modern Warfare & Warzone

Call of Duty is officially encouraging the spirit of generosity, as they just announced that the Modern Warfare and Warzone Battle Pass can be gifted through the Companion App.

The Call of Duty Companion App allows players to track their Battle Pass progress, analyze their statistics, read up on multiplayer and Warzone news or guides, and even access a variety of content for the Call of Duty League.

While you could also track your Activision friends’ statistics and playing history on the app, now you can get generous and send them access to the Battle Pass.

The full details of how to gift it can be found below, as well as the costs associated with this process. 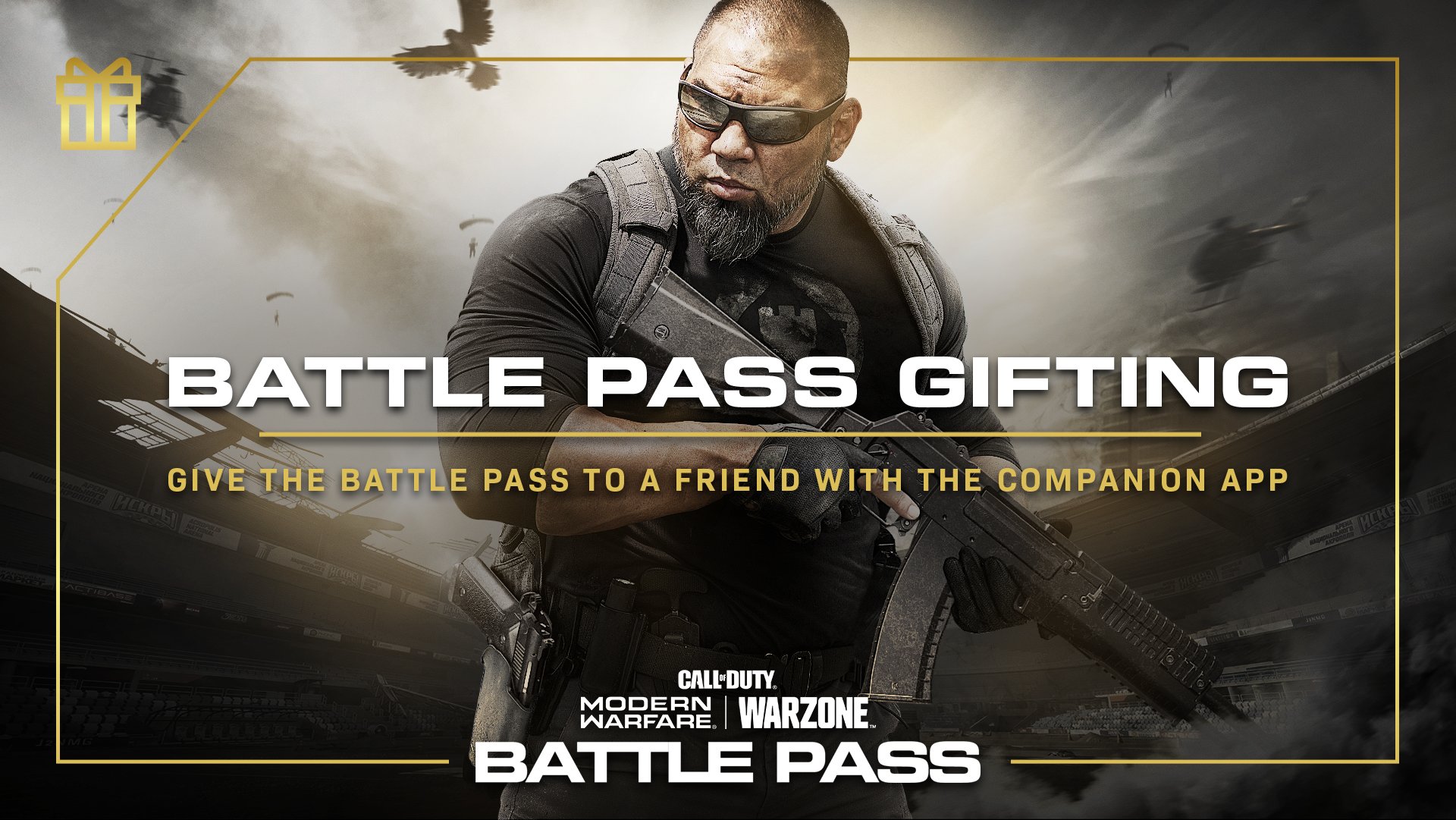 You can now gift the Modern Warfare and Warzone Battle Pass via the Call of Duty Companion App.

How to gift the Battle Pass

Once the gift is sent, they’ll be able to log on and see that they have a reward in their game client.  At that point, they should be able to start blasting through all 100 tiers of the pass (although they may need to restart their system first for the gift to come through).

The CoD mobile app’s options now let you “gift the pass” to an Activision friend.

Whether it’s a dear friend who is growing jealous of your cosmetics collection or another whose birthday is coming up, this is an easy way to turn your excess COD Points into an easily transferred gift.

Maybe it’s a buddy with tremendous Gulag callouts or one who forgave you for buying a Loadout and accidentally dropping it in some inaccessible location – either way, now you have another option to reward them with.