If you’ve been living under a rock since August, you might not be aware that the Evil Geniuses Call of Duty players shocked the world to take the 2018 Call of Duty World League Championship. In the video above, you can find out exactly how it happened.

The EG story caught the eyes of many as they looked to bounce back from the bitter disappointment of missing the CWL Pro League Stage 2 Finals to take home the trophy at the biggest tournament of the year.

They didn’t have things all go their own way in Columbus; they were quite literally one map away from elimination in the group stage and had to beat the always dangerous OpTic Gaming 3-0 just to keep their tournament hopes alive.

However, in one of the best underdog stories in the history of competitive Call of Duty, Patrick ‘ACHES’ Price, Adam ‘Assault’ Garcia, Justin ‘SiLLY’ Fargo-Palmer and Bryan ‘Apathy’ Zhelyazkov managed to do everything that was needed of them and eventually went on to win the $1.5 million tournament.

It took everything that the players had in the tank, and two best-of-five series, to defeat Team Kaliber, who had won the CWL Pro League just weeks before, but EG eventually prevailed. 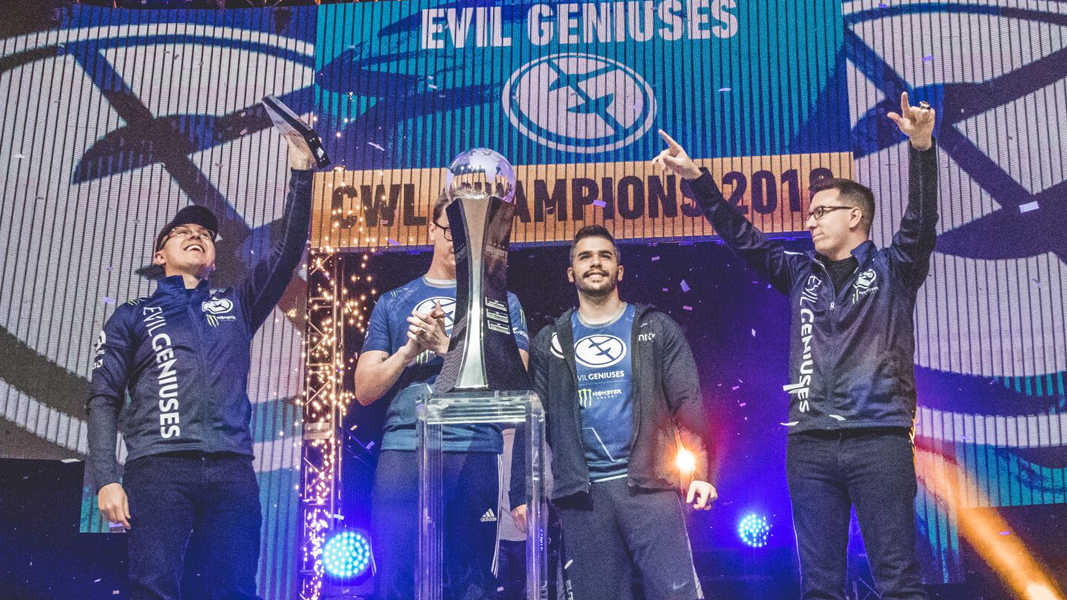 Assault, who had never won a major event before, was named the MVP of the tournament for his dominant display throughout, and SiLLY was widely regarded as one of the most improved players by the time the Grand Final rolled round.

Apathy and ACHES both claimed their second world championships after one of the most difficult seasons of their careers that saw even some of their biggest fans lose faith in them.

For ACHES, the championship also marked the end of a drought that dated back to 2014 and could well be a sign that the king of Call of Duty trash talk is here to stay and ready to take over once more.