The YouTuber announced the news of the controller in a video he posted on December 20, in which he also revealed what the controller looks like for the first time.

The design features a white background with red and black strips along the edges and Censor’s name emblazoned across the front facing in a large, jagged font.

The version he displayed in the video is the Vantage, SCUF’s newest controller type that features two additional side buttons and a module design that comes fully apart.

As of now, it appears the Vantage is the only available version of Censor’s new SCUF controller that can be purchased, and it’s not clear whether the design will be available on the other versions any time soon. 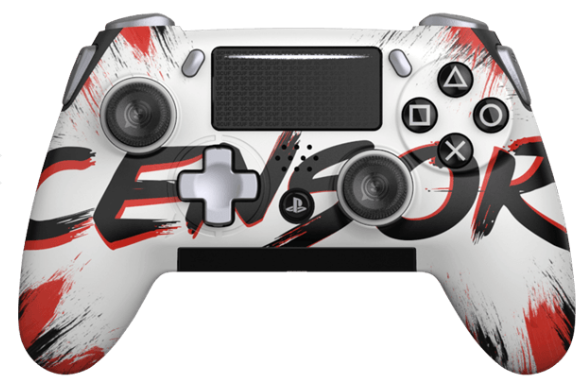 Furthermore, as he explains in the video below, Censor is also giving away the first functional unit that was made with the custom design, which he used for all of his promotional shoots.

This controller is unique in that it features a shade of red that is brighter than all of the other units, which is the case because he did not like how bright the red was and asked for it to be made darker.

Censor’s new controller joins SCUF’s ever-growing Exclusive Collection, which includes controllers featuring designs from some of the biggest names in the online gaming community, such as NICKMERCS, Crimsix, Clayster, FaZe Clan, Pamaj, Drift0r, and others.