Matthew ‘FormaL’ Piper and Damon ‘Karma’ Barlow shared a nostalgic joke about teaming together, as they dominated together in a practice match on Call of Duty: Black Ops 4.

FormaL and Karma are best known as two integral cogs of the OpTic Gaming dynasty; the CoD team that dominated the competitive scene from the middle of the Advanced Warfare season, when Karma was bumped up from OpTic Nation, replacing Matthew ‘Nadeshot’ Haag.

From that point on, the OpTic roster consisting of FormaL, Karma, Crimsix and Scump, won numerous tournaments over a dominant three year stint. They finally cemented their place as the winningest CoD roster of all time after they won the Call of Duty World Championship in 2017, during Infinite Warfare. 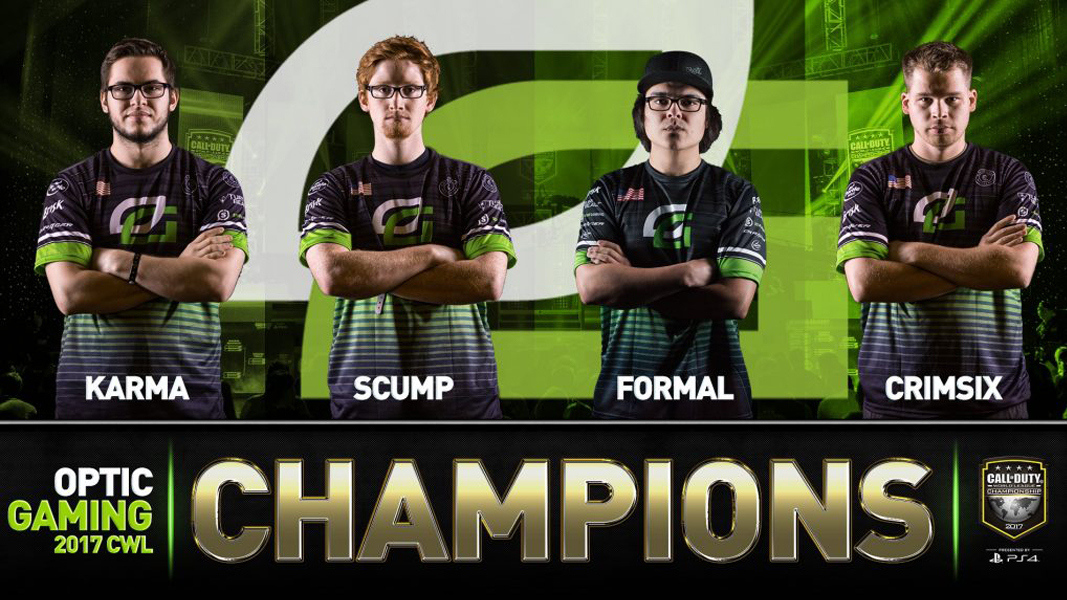 The roster cemented their dynasty with the World Championship win in Infinite Warfare.
[ad name=”article2″]

Despite not teaming together in over a year, the once unstoppable duo shared a nostalgic moment as they, once again, dominated a number of pros while playing Black Ops 4 on June 1.

The two were playing on the same team on Seaside Hardpoint, when Karma and FormaL quickly combined for five kills – entirely wiping the enemy team, and protecting the fountain hardpoint spawn. “Good fucking hold, me and Damon, let’s go!” said FormaL.

The clutch caused one of FormaL’s party to say he got “nostalgia” watching that, to which FormaL joked, “I know dude, holy shit. Please team with me.”

Both players left OpTic during the turbulent WW2 season, with FormaL being traded to Luminosity Gaming for Sam ‘Octane’ Larew, while Karma was benched as Anthony ‘MethodZ’ Zinni joined OpTic. Karma returned to OpTic for Black Ops 4, and has found moderate success since, as they took home the 2019 CWL Las Vegas Open.

FormaL still plays for Luminosity, the team which won the CWL Fort Worth Open 2019, but have struggled since then – placing 7-8 at CWL London and finishing Stage 1 Playoffs with a 5-13 record, causing them to finish dead last in Division A.

The struggles they have endured saw them replace Pierce ‘Gunless’ Hillman with coach Richard ‘Ricky’ Stacy, and this is probably the basis for FormaL’s joke, as him and Karma show their incredible talent once again.