It has been a tumultuous past several weeks for OpTic Gaming and its members, to say the least, as the org could face extinction if parent company Infinite Esports & Entertainment get purchased by Immortals.

There have been rumors that OpTic J, now the President of Infinite’ had a falling out with his former peers at OpTic, and could potentially play a role in leading the Green Wall to its doom.

He reiterated this point by making a nearly identical comment in the official Call of Duty Twitch stream chat, in front of over 10,200 viewers. 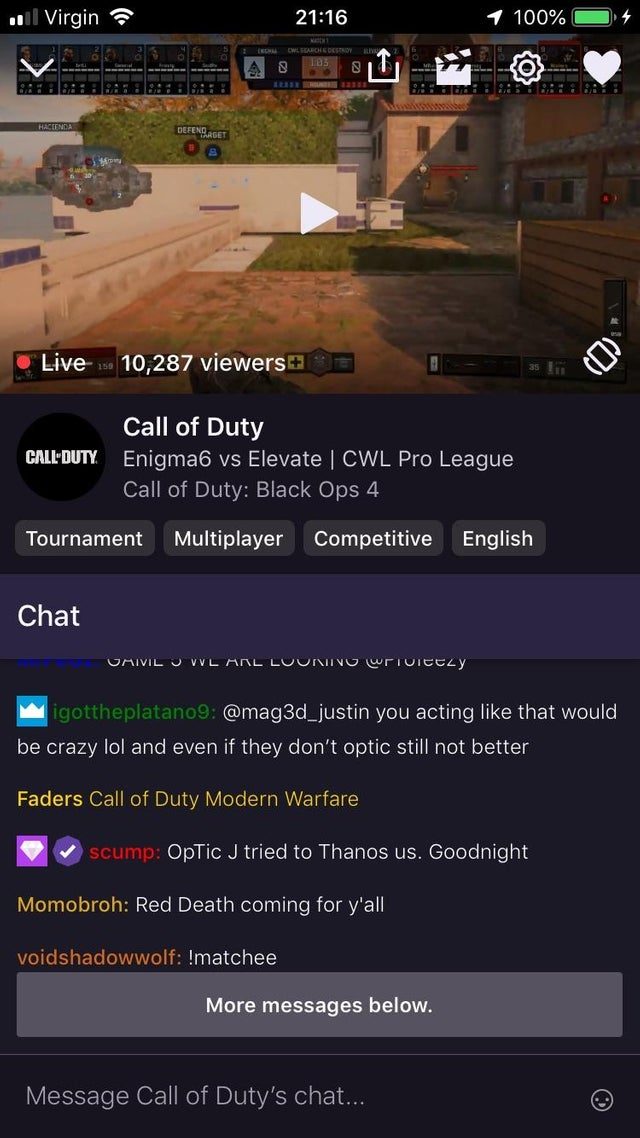 Scump was making a reference to Thanos, the ultimate villain of Marvel’s Avengers film series, who managed to eliminate half of the population in the universe with a single snap of his fingers at the end of Avengers: Infinity War.

While his message was cryptic in terms of details, it certainly confirmed that things were far from right between OpTic and J, and that the COO had, in fact, tried to cause damage to the Call of Duty team in some way.

In the same Twitch clip, Ian ‘Crimsix’ Porter was heard saying “he really did” in response to Scump’s comment about J.

Crimsix decided to take it even a step further by resubscribing to Dashy’s channel and including the message “Can we get a ‘F*** J’ in the chat please?” As expected everyone in the chat obliged and began to spam the message.

J’s falling out with OpTic

This is hardly the first time that OpTic J has been spoken about in such way. On May 28, the infamous Call of Duty insider known as the CoDBurner published a post in which he made similar claims.

“J is a snake and is trying to save his own skin and work for Immortals,” the mysterious informant wrote on Reddit.

While he did not go as far as the CoDBurner, OpTic CEO Hector ‘H3CZ’ Rodriguez strongly hinted that a falling out had taken place between him and J by recently saying that the last time the pair had exchanged texts was back in March of 2018.

That’s saying a lot, especially considering that the two have led OpTic since the day of its founding and J continues to play an integral role in the organization’s management.