Epsilon Release Three Players From Their Call of Duty Team

Epsilon Esports announced that they will be parting ways with three members of their Call of Duty team.

On August 31, the organization revealed that Jordan ‘Reedy’ Reed, Stephen ‘Vortex’ Allen, and Billy ‘Hawqeh’ Harris have all been released from the team following a turbulent season.

Dave ‘Dqvee’ Davies will remain with the organization and will look to add new competitors prior to the Call of Duty: Black Ops 4 season.

The full announcement came via Twitter and can be viewed below. 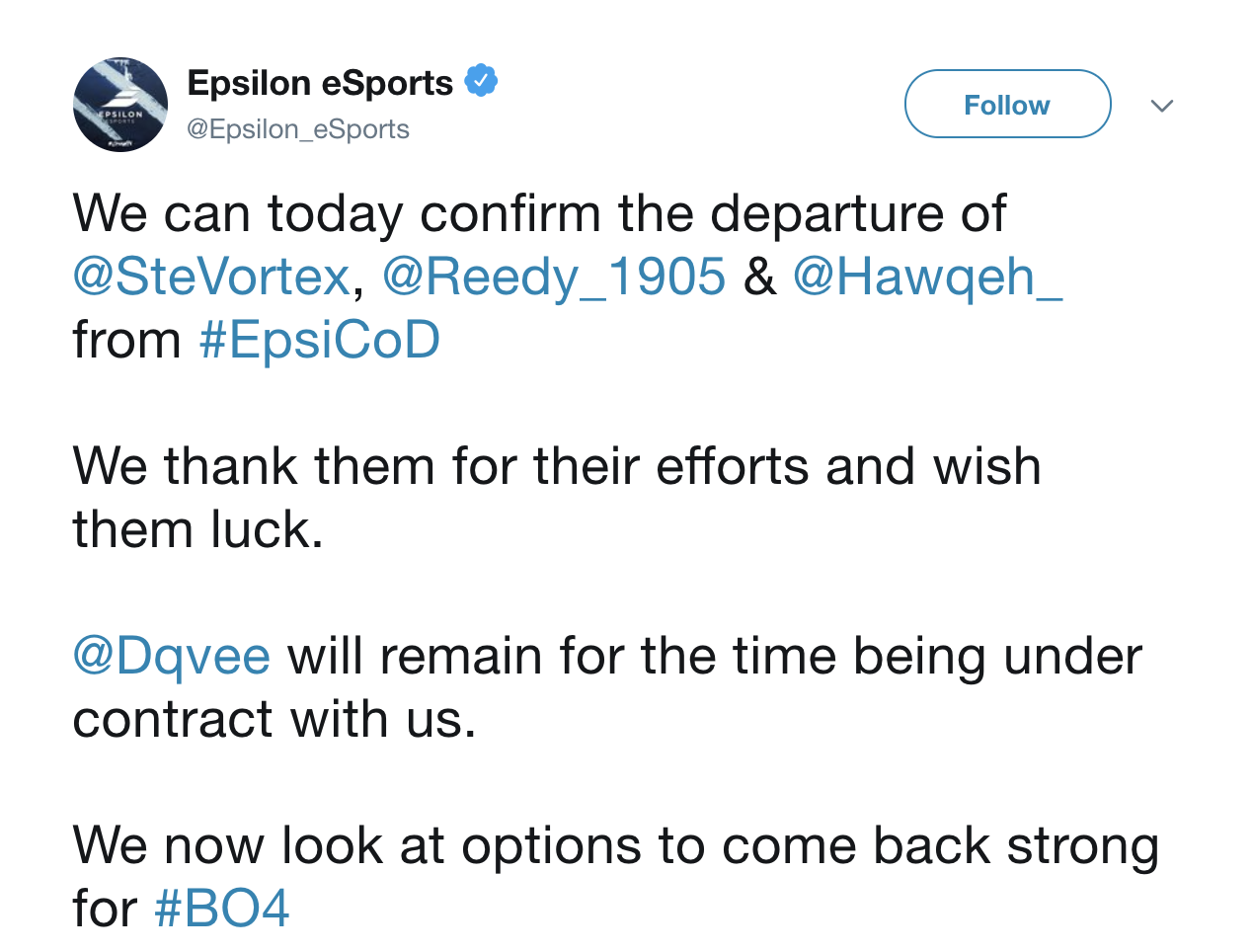 At the time of writing, it is unknown if Epsilon has any players in mind while heading into Call of Duty: Black Ops 4.

The Call of Duty World League is set to announce new information about the upcoming 2018-2019 season on September 19, with some community members questioning if the competitive ruleset will be changed from 4v4 to 5v5.