Despite the fact that the 2018 CWL Championship is barely in its first day of action, the competitive CoD community is ready to crown Rise Nation as champions.

Players and fans alike took to social media on August 15 to predict that Rise will win the tournament after popular streamer ‘Pokimane’ tweeted out a good luck message to player Peirce ‘Gunless’ Hillman.

Before the first day of Champs kicked off, Gunless tweeted out the anime shirt and shoes he was going to wear for the day’s matches.

Pokimane then tweeted a reply to this post, wishing him good luck: 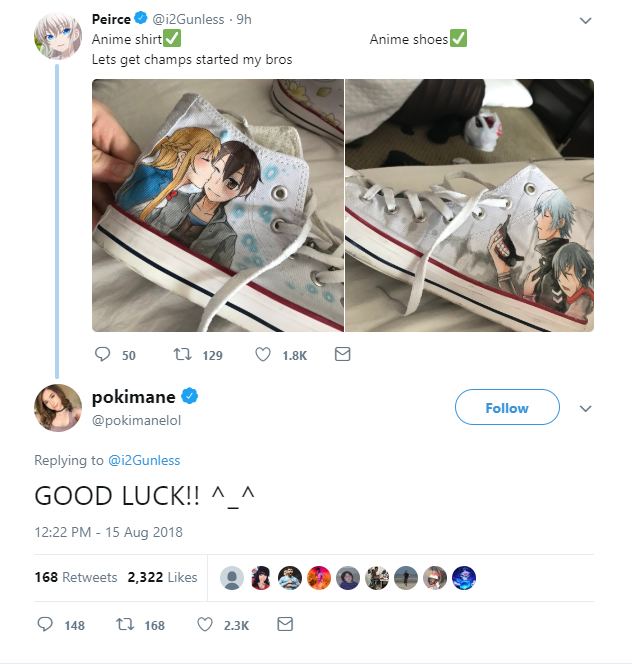 This sparked a quick and widespread reaction among many in the community; fans, players, and even casters began tweeting out their own replies, claiming that Pokimane’s tweet would hand Rise Nation the trophy and no one else would stand a chance.

Some of these hilarious reactions come from the likes of Clayster, Hitch, Neslo, FeLonY, Maven, Chino, and others. 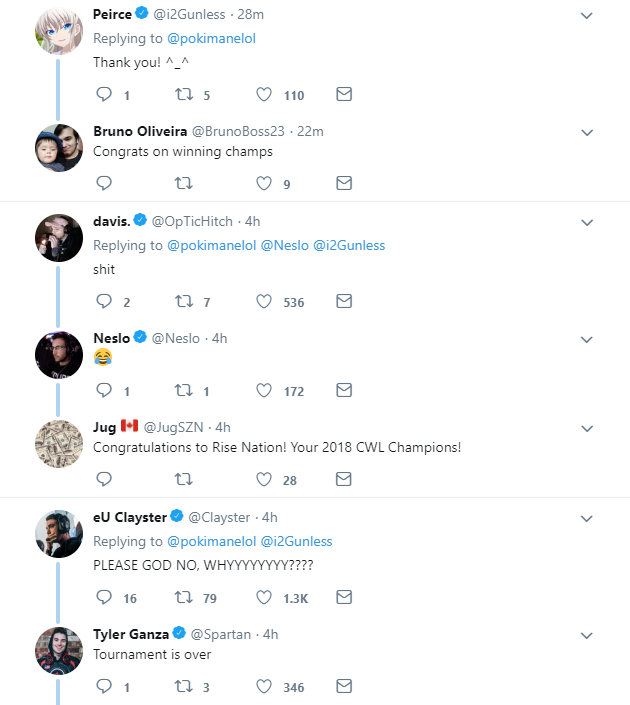 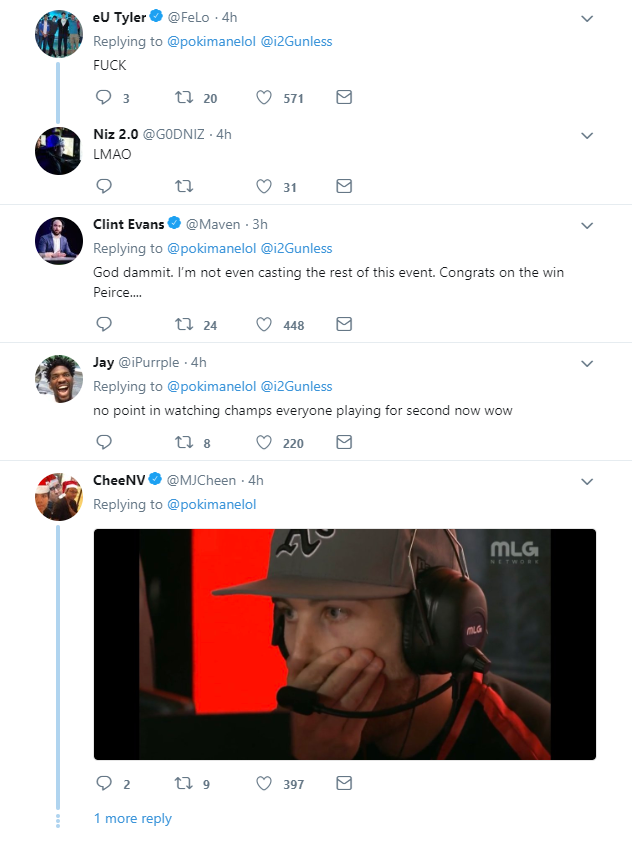 For those who may not know the backstory, this all stems from when Pokimane first appeared in a video sending warm regards to Gunless just prior to the CWL Anaheim event in June.

This inspired Gunless, who has been very candid about the crush he has on the streamer, to put in an MVP-winning performance in leading Rise to their third championship of the season.

Considering that Gunless gave full credit to Pokimane’s video for his strong performance, it should not come as a surprise if the same type of thing takes place in Champs.

The team is already 2-0 and will look to sweep Group B as they face Lethal Gaming to wrap up group play on August 16.

You can keep updated on all schedules, scores, group standings, brackets, and live-streams via our dedicated 2018 CWL Champs hub here.