Call of Duty: Luminosity's FormaL to return to streaming in 2019 - Dexerto
Call of Duty

Call of Duty: Luminosity’s FormaL to return to streaming in 2019

Luminosity Gaming star Matthew ‘FormaL’ Piper has excited his fans by revealing his plan to return to live streaming on Twitch in 2019, saying it will be “like [the] Black Ops 3 days”.

During the 2015-16 Black Ops III season, FormaL, at the time playing for OpTic Gaming, was one of the most popular Call of Duty streamers on Twitch.

His impressive gameplay and relaxed approach to streaming regularly attracted thousands of viewers as one of the best players in professional Call of Duty honed their craft.

Streaming hours for most professional players reduced in the CoD: WWII season, but have increased massively since the release of Black Ops 4 in October 2018.

The addition of Blackout, the new Battle Royale mode, has given pro players and streamers another option when they grow tired of public multiplayer matches, and allow for more interaction with viewers. FormaL has been playing Blackout frequently, so a return to streaming makes sense. 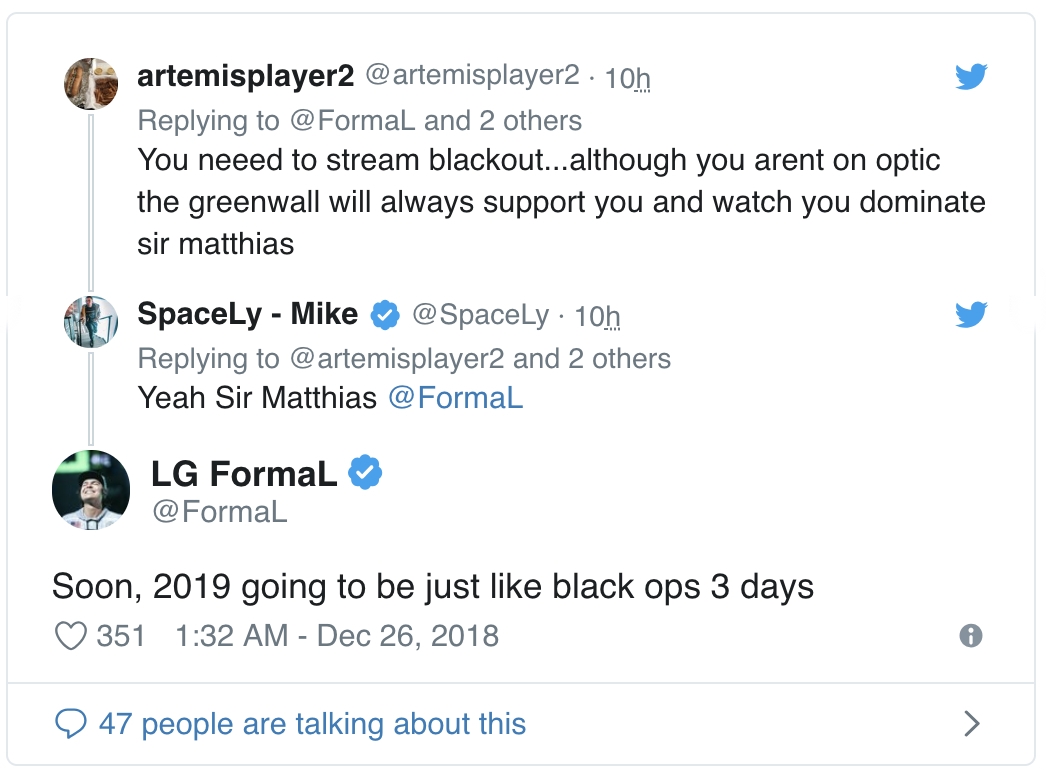 With FormaL’s already established following and the increased viewership overall for the most recent Call of Duty iteration, the LG star should expect a successful return to Twitch.