Call of Duty League CDL New York CDL Power Rankings
CDL New York has now been and gone, with the home team taking their first Home Series victory of the season with a comfortable 3-0 win over Chicago Huntsmen, and we’ve updated our power rankings accordingly.

New York’s win was somewhat of a shock to CoD fans watching at home. The team has seen vast improvement since the addition of Mack to the squad and it appears to have paid off as they continue their journey up the Call of Duty League standings.

So, how do our power rankings look off the back of CDL New York? There have been a few changes among the top teams but, with two more events in the next two weekends, we expect to see a lot more movement as teams get in the final weeks of practice ahead of August’s CoD Champs event.

Seattle Surge have been out of action for a few weeks, and so see themselves drop to number 12.

Seattle Surge has failed to find form all season, regularly finding themselves at the bottom of the barrel and have managed to get only 5 wins this year – four of which were all to Los Angeles Guerrillas.

Karma’s retirement and a merry-go-round roster has made for tough viewing for Seattle fans, but they’ll be hoping to pick up some more CDL points before Champs so as to earn themselves a better seed and, hopefully, a better chance at winning the big one.

On Saturday, Paris got their first competitive win in about three months. Needless to say, it’s been tough going for the team, but with any luck their fortune may be changing going into the most important time of the year.

The victory over LA Guerrillas was enough to move them up slightly, but they’ll want to get a few more

The Guerrillas had a very brief period of strength, but have failed to show that over any significant period of time.

Guerrillas look markedly better than they did at the start of the year, but they haven’t managed to pull off enough wins to justify being much higher than they are now.

While the potential is clearly there, they’ll need to prove it on more than one occasion to work their way up our power rankings and the official CDL standings. 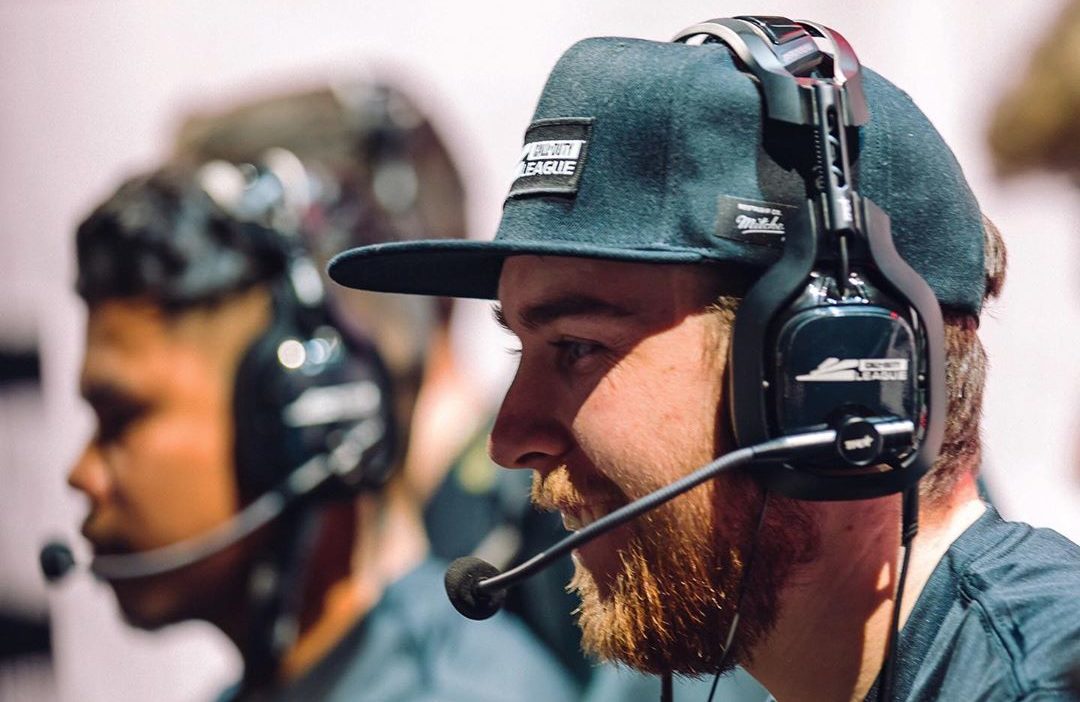 OpTic Gaming have seen about as much success as their LA rivals, but still need to do more to be considered championship contenders.

OpTic Gaming have had their ups and downs this season, but are now sporting a new look with the acquisition of Drazah and Hollow to replace Dashy and Chino.

How this helps the team going forward remains to be seen, but they will be desperate to see improvements before Champs rolls around.

The team has some serious talent on it, but need to get back to their form at the start of the season.

Minnesota ROKKR started the year as a dark horse team with huge potential, even being considered championship contenders at one point. But, they have slowly simmered down throughout the season to the point that they have now won only one match since the start of May: a close 3-2 victory over OGLA.

How they plan to turn things around and get back on the right track remains to be seen, but a poor performance at CDL NY didn’t look good for the ROKKR.

Wuskin and the London Royal Ravens have really shone at times – but they need to start beating the top teams.

London have shown glimmers of high hopes, and at points have looked like a genuinely top team, but you can never really be sure how they’ll play between events.

It doesn’t help the team a lot that they’ve consistently had to face the very top teams but, at the end of the day, you have to beat the best to be the best – and London just aren’t getting those wins yet.

Toronto are showing improvements, and finally booked their spot in a playoffs of a tournament following a victory of Atlanta FaZe.

Toronto have shown clear improvement at recent events but didn’t quite have the results to back it up; now they do.

They made it to their second playoffs of the season at CDL New York, including a win over Atlanta FaZe, and are starting to show some real potential. This couldn’t be coming at a better time, with Champs just around the corner, and we may see them pushing further up the rankings before the end of the season.

Dallas Empire see themselves slip down after a bye week.

Dallas Empire’s move down isn’t so much of a reflection of their own performances, especially since they weren’t able to go to battle at CDL New York, but the fact that the teams around them in the standings were able to prove that they’re still worthy competitors.

Dallas will be in action at CDL London next weekend, so based on how they perform, expect to see them move back up towards the top.

Atlanta FaZe drop after a below-par run of events.

It’s quickly becoming clear that Atlanta FaZe aren’t the force they were at the start of the season, but the fact that they’re the only team to make playoffs at every tournament they attend speaks for itself.

Regardless of their weaker performances at recent events, Atlanta are still going to be championship contenders for the rest of the season, but they need to find form again before it’s too late.

Chicago Huntsmen made the grand final once again at CDL New York.

Chicago looked clinical throughout CDL New York, with near-perfect Search and Destroy play throughout the weekend, and by the time the final rolled around it looked like a dead-set Chicago victory.

They move up into second, with Atlanta’s lacklustre gameplay of late and Dallas’ absence from the tournament, but with two events in the next two weeks, expect this slot to be swapped around a lot.

Temp’s New York Subliners have been showing incredibly improvements week in and week out, and it finally paid off.

New York might be the most improved team of the season so far, shifting from a team that could barely get a look in to finally winning a Home Series event.

While many will say the switch to online over LAN play will raise question marks, there has been clear improvement in the New York camp that is impossible to deny, and if they keep up a similar pace they could be favorites heading into Champs in August. All they need is to keep performing.

Florida Mutineers were victorious once again at CDL Paris.

Florida maintain their spot at the top of the standings, having looked utterly dominant at recent events and usurping the likes of Atlanta, Dallas and Chicago to win three Home Series tournaments.

They weren’t in action at CDL New York, but we didn’t see enough from the competition to justify moving them out of top spot, so they hold on for at least another week. 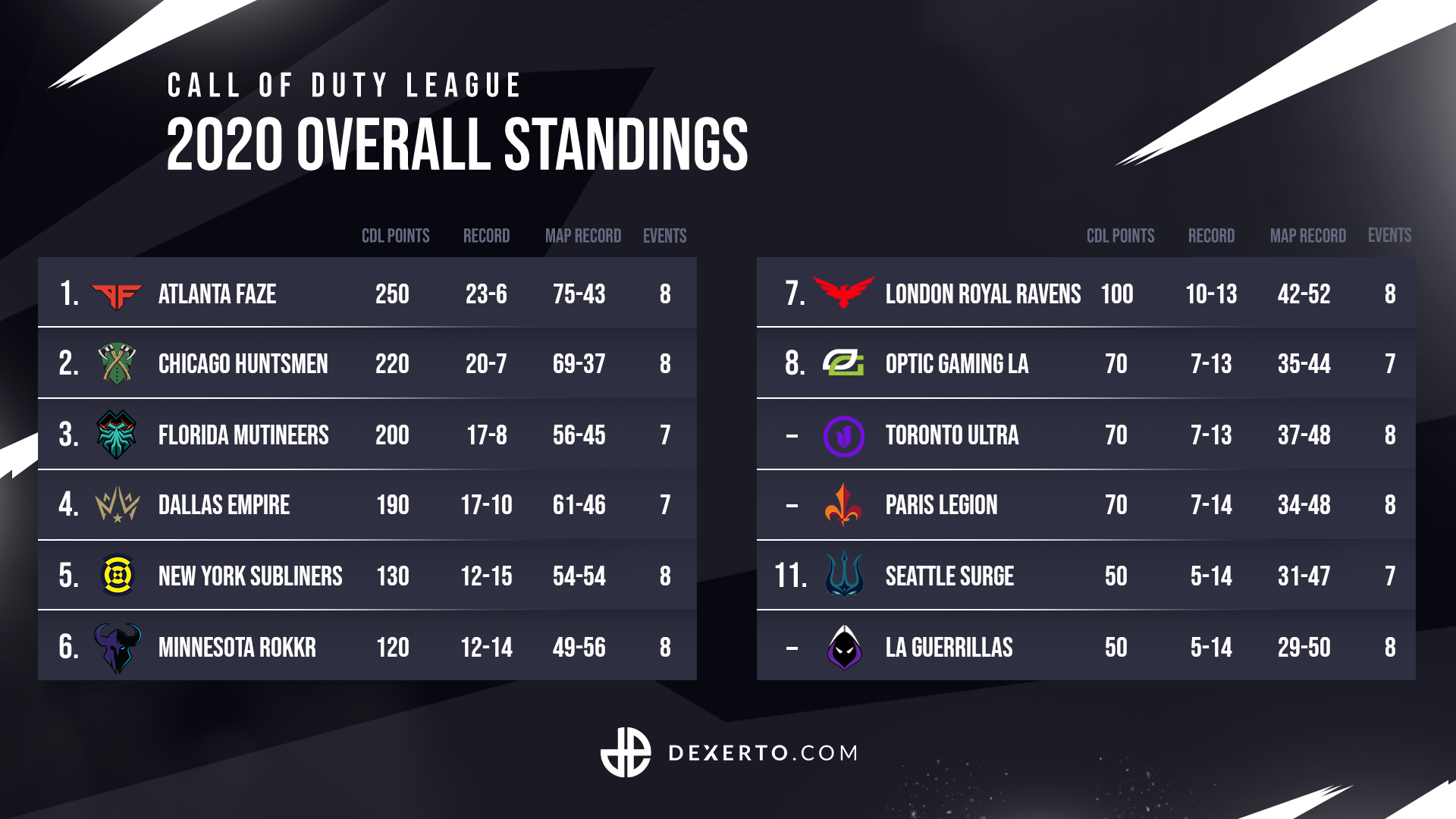 So, that’s it for our power rankings.. Florida stay on top, and with New York Subliners and Chicago Huntsmen overtaking Atlanta and Dallas, we expect to see some more shuffling as the teams average out over the coming weeks.

The next event is CDL London on July 17-19. In Group A, Florida Mutineers are joined by London Royal Ravens, OpTic Gaming Los Angeles and Seattle Surge, while Group B pits Dallas Empire against Paris Legion, New York Subliners and LA Guerrillas – so you won’t want to miss out.