The beta, which began on September 10 for PlayStation 4 users and September 14 for PC and Xbox One players, immediately shot to the top of Twitch’s most popular games, and stayed near the pinnacle for the duration of the release.

According to sullygnome.com, a total of 19.6 million hours of Blackout gameplay was consumed by Twitch viewers during the week-long beta – the equivalent of 816,000 days or almost 27,000 months. 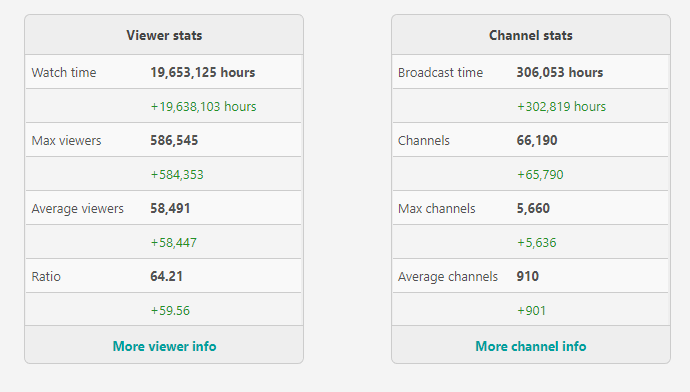 The game itself peaked at 586,545 concurrent viewers across every Blackout stream, while 66,000 Twitch streamers decided to broadcast the latest addition to the Call of Duty franchise.

Blackout proved to be an immediate success with both viewers on Twitch and those playing it. Popular streamers like Dr. DisRespect have spoken about how much they love Blackout, and Call of Duty fans are eagerly counting down the days until Black Ops 4 releases on October 12.

With Blackout not being available for free on release, but as a part of the full Black Ops 4 release, it will be interesting to see if its incredible viewership on Twitch continues.