Following the reveal event that took place in Warzone, Call of Duty: Black Ops Cold War’s first official gameplay trailer has been revealed alongside release dates for its multiplayer reveal and details about the open beta.

The Call of Duty: Black Ops Cold War anticipation is stronger than its ever been as the game nears its multiplayer reveal, open beta, and eventual worldwide release on November 13.

On August 26, Activision finally unveiled the first worldwide reveal trailer for BOCW via an in-game event in Warzone, and now, players can’t wait until they get a more hands-on experience.

As part of the reveal, the publishers also announced a lot of details about the game, including information concerning the multiplayer reveal and open beta, all of which can be found below.

According to Activision, there will be a full reveal for the multiplayer side of Black Ops Cold War on Friday, September 9. It’ll come via a presentation on Call of Duty’s Twitch channel.

While it’ll undoubtedly be a painful wait for fans until that date arrives, Treyarch did put in a slight teaser for the MP at the very end of the first trailer, and it includes shots of a desert-style map with helicopters and rovers all over the place.

As has been the case for most recent CoD games, Black Ops Cold War will have an open beta for players to try it out before the full release on November 13.

Unfortunately for those one PC and Xbox One, the PlayStation community will be the first to get their feet wet, as the Treyarch title’s open beta will release on PS4 “up to five days in advance” before any other platform, as part of Sony’s deal with Activision.

At the moment, the actual release dates for the open beta have yet to be announced, but you can get early access to it by pre-ordering any of the three digital versions of the game. Those who pre-order physical copies will not get early access. 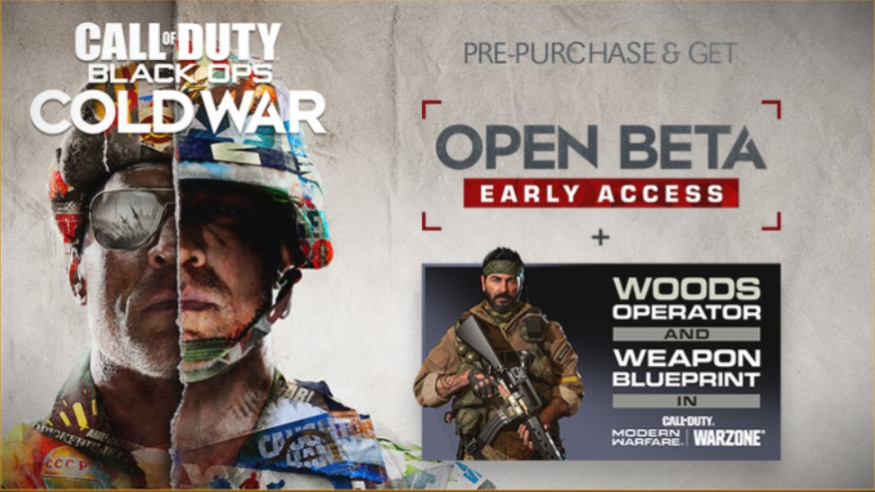 Pre-ordering any of the digital copies will gain you early access to the Black Ops Cold War open beta.

Of course, if you choose not to pre-order the game, you’ll still be able to try out the open beta but only after the exclusivity periods are over, first on PS4 then on Xbox One and PC. It’s not yet known how long those will be, but such periods can be up to a whole week.

This gives an eager fanbase a general timeline to look forward to. The campaign’s trailer and features have already been released, the multiplayer trailer will premiere on September 9, and the game will finally be released on November 13 — giving around a month’s range for an open beta to be squeezed into.