How to Play the Battlefield V Open Beta on PC, PS4 and Xbox One - Dexerto
Battlefield

How to Play the Battlefield V Open Beta on PC, PS4 and Xbox One

Battlefield V’s release date may have been delayed, but the beta is still going ahead as planned, and it will be a crucial time for DICE to get as much feedback as possible to make necessary adjustments.

The early access beta starts on Tuesday, September 4, and is already live at the time of writing. You can only get access today however if you have pre-ordered Battlefield V, or are an EA Access or Origins Access subscriber.

If you pre-ordered digitally, you will be able to simply download the beta. If you pre-ordered physically at a store, the retailer will have given you a code to enter on the PlayStations Store, Xbox Store or Origin.

If you haven’t pre-ordered, you can still get access to the beta, but not until September 6. It is scheduled to be open to all players at 4am EST / 1am PT / 9am BST / 10am CET.

You can pre-load the beta on to your PC or Console right now though, meaning as soon as it goes live you will be able to jump right in.

DICE have already confirmed everything that will be available in the beta, including two maps, two modes and an array of weapons and vehicles. 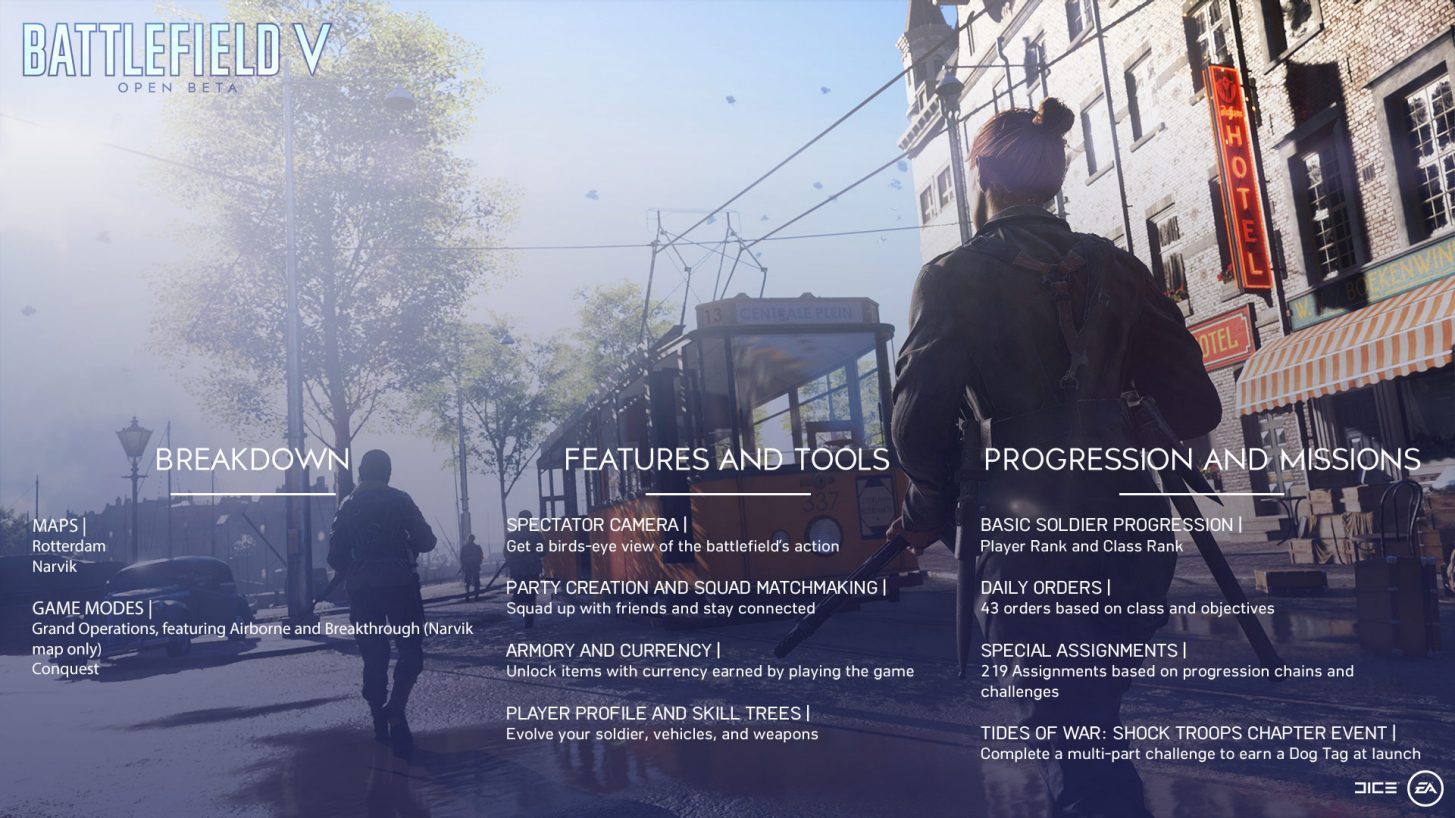 Rotterdam and Narvik are the two maps that will be playable, on two different modes – Conquest and Grand Operations.

“Five iconic WW2 tanks and seven aircraft will be at your disposal in the Battlefield V Open Beta. Deploy as a Tanker and bring the big guns to the fight.

In addition to this, you’ll be able to fend off flying foes with stationary and towable AA Guns. Tanks giving you trouble? Use the Anti-Tank Guns, also stationary or towable.”

Also returning from the Alphas are the JB-2 and V-1 Rocket Strikes that will send enemies flying. New this time around are the Supply Canister Drops. These are sources of health and ammunition, para-dropped in the battlefield at the cost of 7,500 requisition points.” 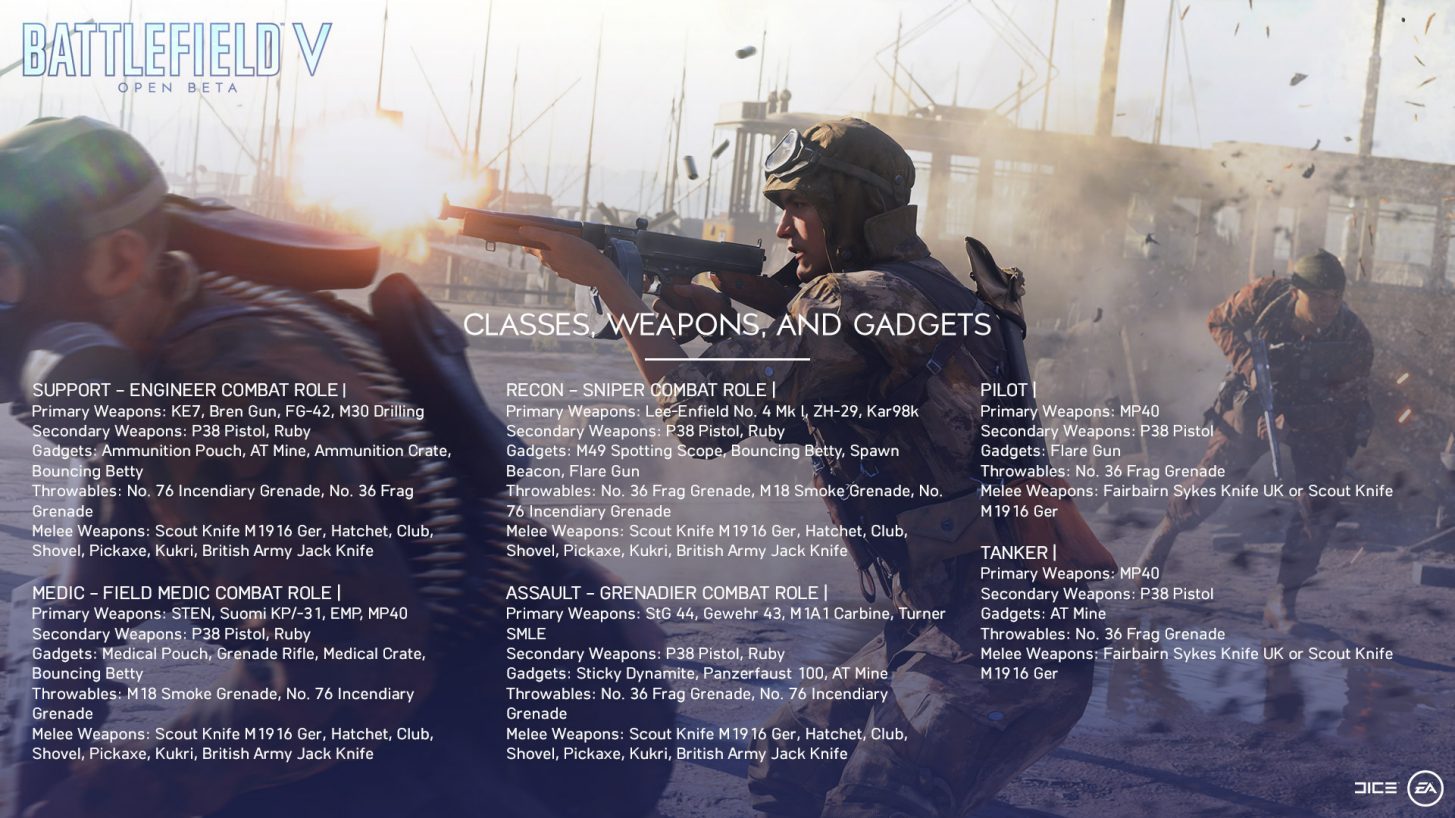 So, if you have pre-ordered, or are subscribed to EA Access or Origins Access, you can jump into the beta right now.

If you haven’t pre-ordered, you will need to wait until September 6 at 9am BST.

If you are having technical issues, full details on how to download the Beta can be found here.