The Medic Class is Battlefield V is crucial for keeping teams in the fight, with health packs, and they can even hold their own in combat, but reviving teammates is where they really shine.

Any class has the ability to revive teammates in Battlefield V, but the Medic’s syringe gives them the ability to bring players back to life faster than anyone else.

Medics use a submachine gun, perfect for getting in close to revive downed allies with health packs, and smoke grenades to cover the approach.

As with all classes in Battlefield V, new weapons are unlocked by leveling the individual class up over time, which grants access to improved armament and gadgets.

Currently there are two Combat Roles available to Medics: Field Medic, which is the base role, and Combat Medic, which can be unlocked at Medic level 8.

The Field Medic role give players the ability to gain additional requisition for their team by providing teammates with bandages and the Swift Effort trait, which makes players run faster when they call out to a downed teammate. 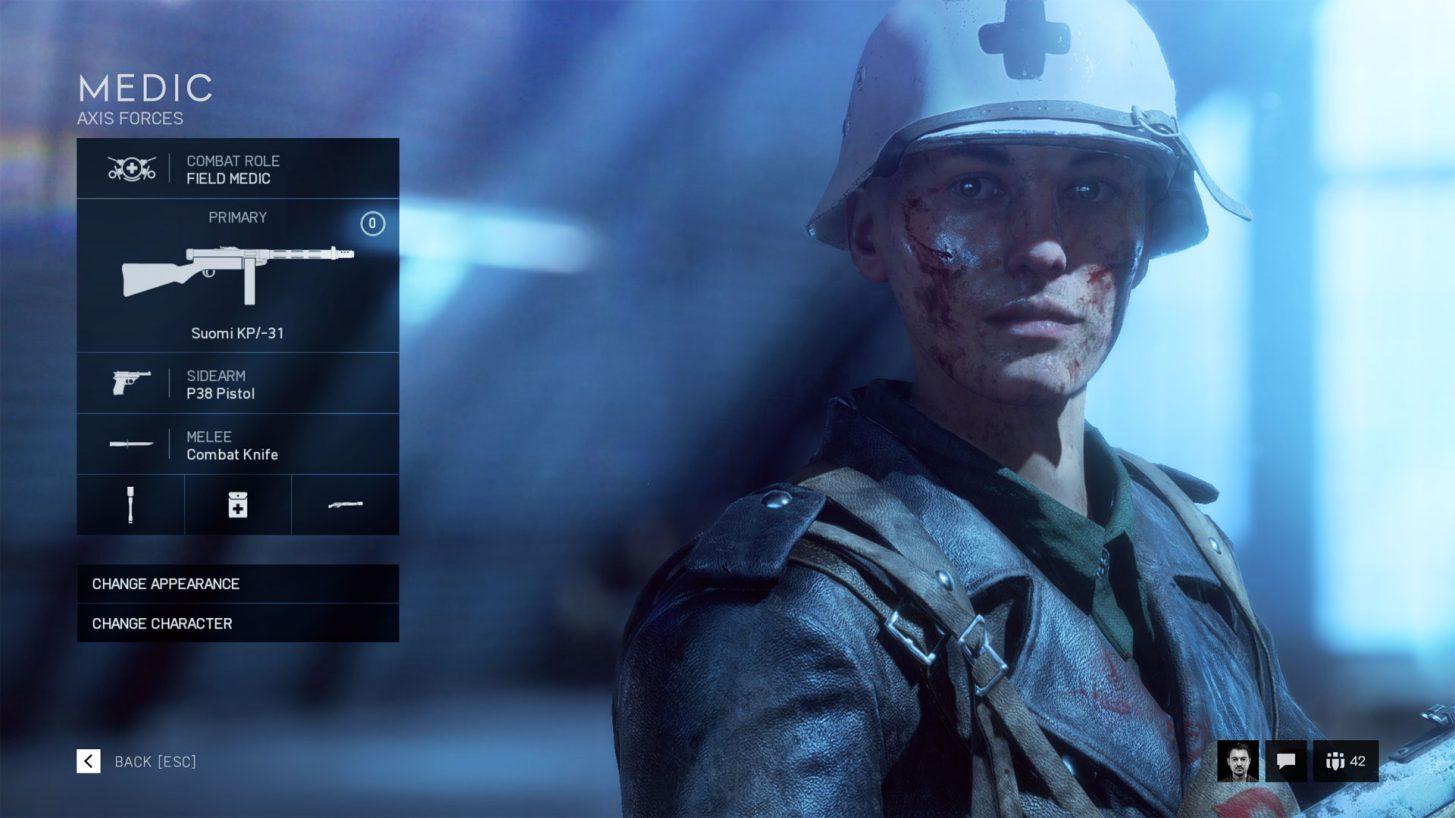 Medics can choose any submachine gun as their primary weapon, as long as they meet the level requirements:

At later levels, Medics also gain the ability to deploy Medical Crates, which automatically give bandage pouches to teammates and can be strategically placed throughout the battlefield.