EA and DICE have moved to ease concerns that Battlefield V’s battle royale mode Firestorm would only be available in the Deluxe Edition of the game.

In a table posted on the Battlefield V website, it seemed that Firestorm would be locked to anyone who had purchased the standard version of the game, and only open to those with the deluxe edition, or to those with Origin Access Premier.

Fans of the Battlefield franchise immediately took to social media to angrily label the news ‘stupid’ and ‘wrong’, but EA have moved swiftly to clear up the confusion, as it appears that the table was nothing more than a mistake. 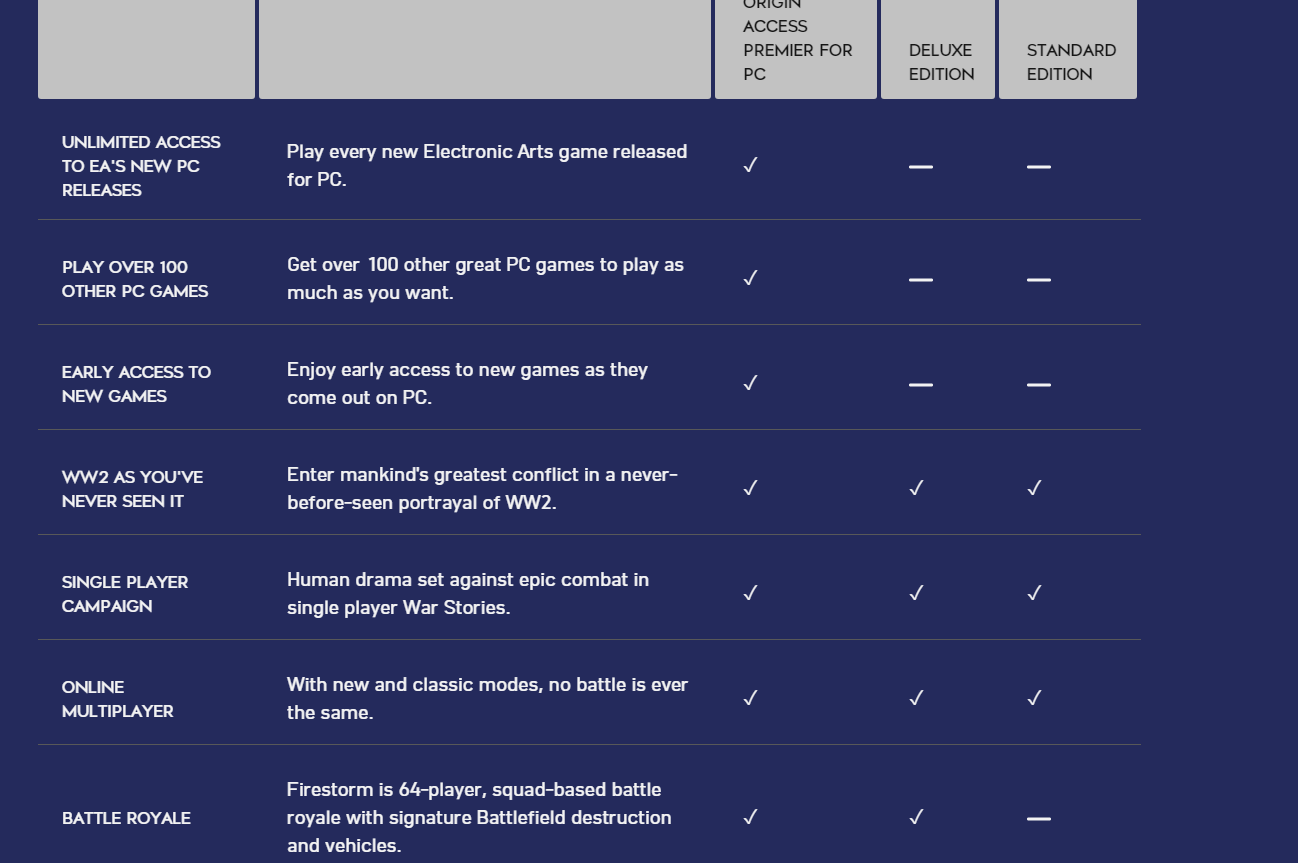 Posting on Reddit, a community manager for EA confirmed that the information posted in the table was an error, and that Firestorm would be available to anyone who purchased the game, stating;

“Firestorm will be available in all editions of the game. We are not restricting this from Standard Edition folks…. We’re keeping the Battlefield Community together in Battlefield V. No premium, no segregation.”

New information about Firestorm was recently released in a video previewing the game named ‘This Is Battlefield V’. Battlefield’s answer to battle royale games such as Fortnite and PUBG features 16 teams of 4 going head to head on what DICE claim is the biggest ever Battlefield map, aiming to be the last squad standing.

Battlefield V is currently in beta, but fans who want to try Firestorm will have to wait until the full game releases on November 20.