When is cross-platform play coming to Apex Legends?

Respawn Entertainment’s Apex Legends has captivated players across all gaming platforms, but can we expect crossplay anytime soon? Here’s everything we know about cross-platform play and Apex Legends.

What is ‘cross-platform’ play?

Cross-platform or ‘cross-play’ is an increasingly popular feature in multiplayer games, for obvious reasons, as it allows users on PS4, Xbox, PC, and even mobile devices to play against and alongside each other on the same servers.

Not only does it benefit players who want to play with friends who are on another platform, it also benefits the game itself by increasing the overall player base, which can improve matchmaking and longevity. 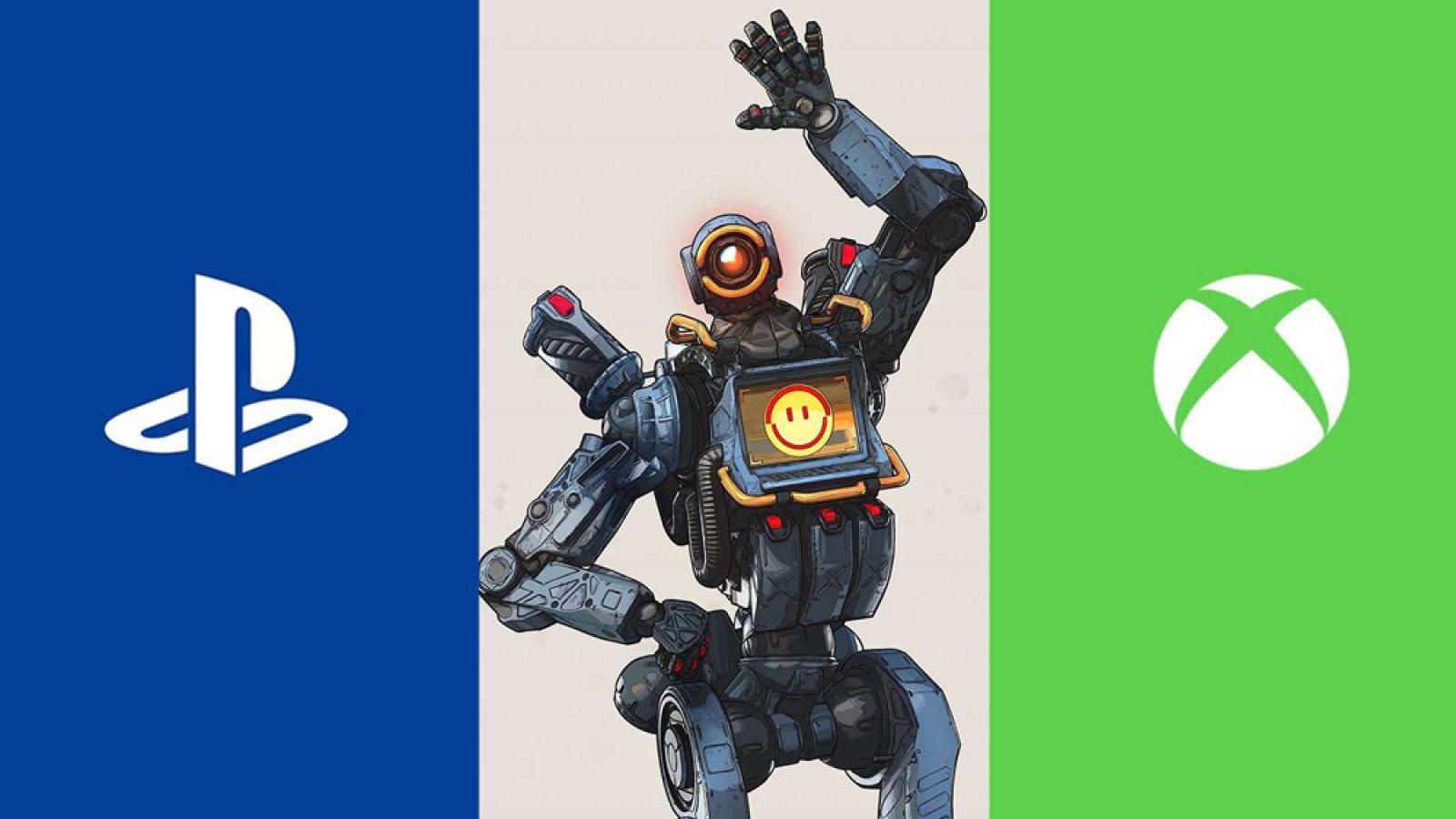 Both consoles may be able to play together soon.

Fortnite was the trend-setter for cross-play, allowing everyone on any device to play together, and keeping progression between platforms too, so players could switch between devices and still be on their same account.

Call of Duty: Modern Warfare, released on October 25, has seamlessly incorporated crossplay for the first time in Activision’s franchise history.

Is cross-play being worked on for Apex Legends?

Essentially, yes. Respawn stated back in June that they were interested in adding cross-play to Apex, but explained that it was a “ginormous amount of effort and work.”

To compound these comments, game files found back in September show that ‘nucleus’ strings have been added to the code, with descriptions for matchmaking on PC, PS4 and Xbox One. As ‘That1MiningGuy’ explained, there is little reason for these files to be added other than cross-play.

Also in the game files, it looks as though cross-progression may also be being worked on, judging by the use of ‘PIN’s, which the leaker suggests could be used as identification for one player across different platforms.

I'm not 100% convinced we'll see it soon, but did want to show that I found some handling for cross network play using something called Nucleus – also looks like they have a way to standardize the Player Identification across platforms? pic.twitter.com/MpIWgjkvFS

When is cross-play coming to Apex Legends?

Despite the fact that developers Respawn have clearly invested time and effort into cross-play, there is no guarantee it will ever make it into Apex Legends. Game developers regularly experiment with game features that they subsequently abandon. These decisions depend on player opinion, publisher instructions and other variables.

The leaked game files are a strong indicator that it is a possibility and work has been done, but there is little to no information available as to when it could be implemented.

A number of fans have suggested that it will not come in this current generation of consoles, with the PS5 and Xbox Series X both lined-up for a late 2020 release.

There is not a lot of evidence to support this claim, but game developers regularly work with console companies to ensure their games make the transition to new consoles as efficiently as possible.

Competitive Apex Legends as PC only?

One recent announcement from Respawn that has dampened the cross-play rumors is the Apex Legends Global Series. Described by Respawn as “a collection of official, highly-competitive events that will bring together contenders at all levels from around the globe on PC”, the tournament is exclusively occurring on PC.

A number of players have announced they will be moving from console to PC in order to compete in the tournament. These include Daltoosh, who has been considered as one of the best PS4 players in the world.

Lotta controller vs keyboard stuff going around the timeline right now. My stance on the issue…couldn’t care less. Im just tryna entertain my viewers, make people laugh and be semi good at the game. Hopefully you MnK pros will play with me when I switch 🙂

While console players can use a controller via PC, it is heavily indicative that PC is the favoured platform for Apex Legends. This appears to set back hopes of cross-play anytime soon, particularly from a competitive stand point.

If cross-play was coming soon, Respawn would not have stressed the PC exclusivity of the Global Series, and would be making more of an effort to accommodate console players in competitive environments. For example, Fortnite allows players to play on their chosen platform at tournaments.

The main problem is that Apex wasn’t built with cross-platform in mind, meaning its core game mechanics aren’t set up for such a system. This means the implementation of cross-play would require huge efforts on behalf of Respawn, who probably have other priorities as Apex approaches a year old.

We will continue to update this article as new information becomes available regarding crossplay in Apex Legends.