Apex Legends is a battle royale game where every team is hoping to be the last squad standing. So, hitting your shots is vital if you’re going to pick up a victory.

Like many other battle royale titles, Respawn Entertainment’s game comes with a whole host of weapon scopes that can be attached to your guns to make sure you can pick off enemies from distance.

This can be difficult, especially if you don’t understand what the markings on the sniper scopes mean when you’re trying to shoot an enemy. Thankfully, though, the developer has added a feature to the game that they think is ‘an industry first,’ which could help you find your target – if executed correctly.

50 million players have jumped into Apex Legends since its release, but not all have mastered the weapon scope markings.

How does the feature work?

There are ranging marks which will accurately track the elevation of the enemy that you’re aiming at, which can be used very much to your advantage in a long-range clash with another player.

This means that if you aim at an enemy on top of a hill using a sniper scope, then move down and aim at somebody who is 100 meters below them, the ranging marks will automatically move to give you the best possible chance of hitting your opponent.

If you can line up the shot with the different bars – or markers – on the scope, there’s always a chance that you could judge the bullet drop just right. 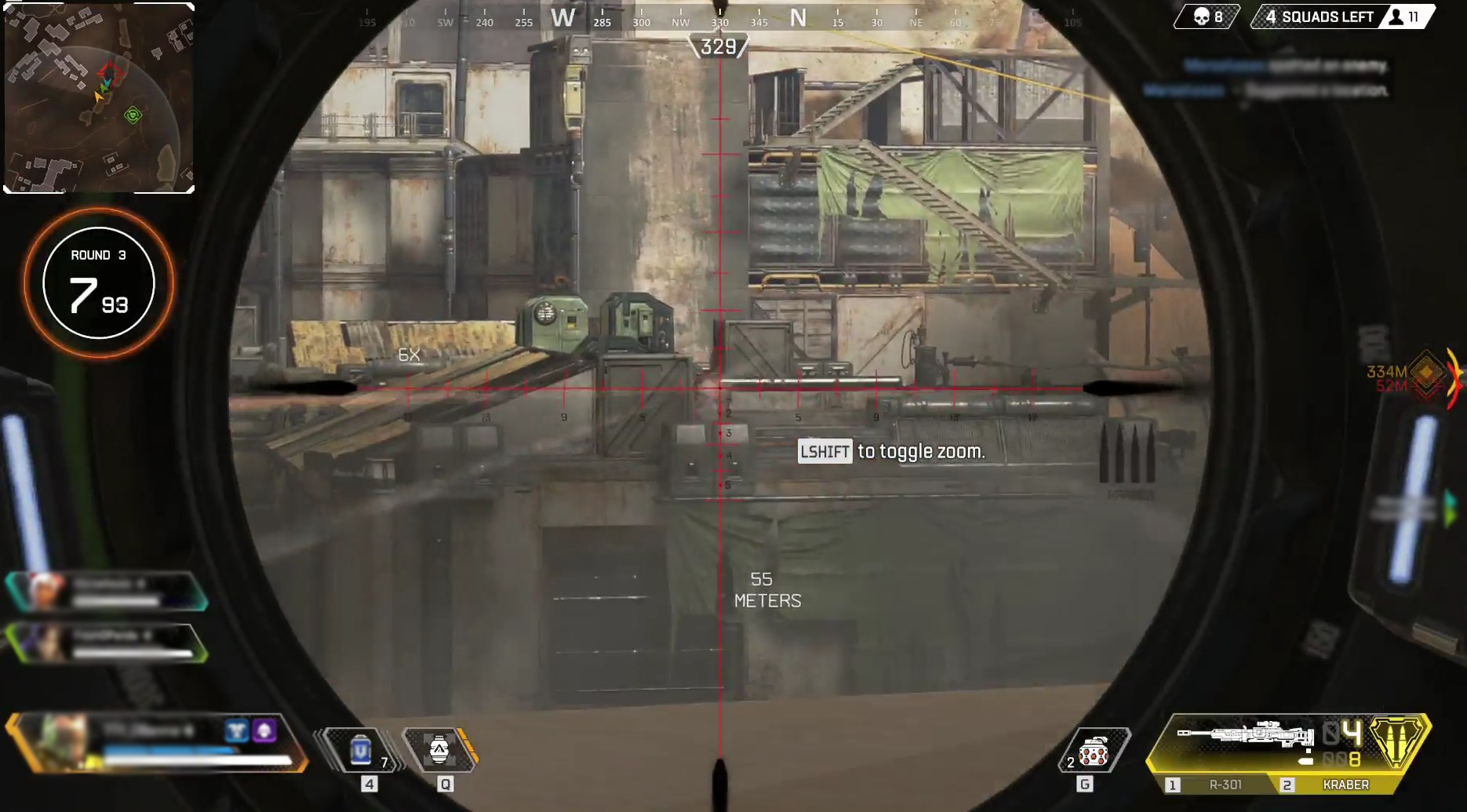 Scopes can help you pick off enemies from distance on Apex Legends.
[ad name=”article3″]

How to use weapon scope markings

For those who missed it, Senior Game Designer at Respawn Entertainment Sean Slayback explained how the feature worked by posting some details to his Twitter account on February 7.

“The ranging marks on every fullscreen (sniper) optic will always be accurate for the rifle you’re using,” he tweeted. “Watch the mil dots reshuffle in realtime as you aim far up or down. Use the rangefinder and line up the right tick mark to tag those long range headshots.”