Shocking Apex Legends bug is threatening to ruin the game

As positively as Apex Legends has been received since its release, the game still has several bugs and glitches that are hurting the quality of gameplay.

One such bug that has recently been brought to light allows players to use their weapon after being downed, which is clearly going against the way the game is supposed to work.

Normally, players who get knocked in Apex Legends can only try and defend themselves with a Knockdown Shield, and in the rare case where they may have a gold version of the item, they can even start reviving themselves.

However, one thing they cannot do is use a weapon to shoot back at the enemy players, which is exactly what this bug is allowing downed players to do.

Reddit user ‘Arxtix’ has posted a video online showing the full effects of this bug in action, and it definitely does not look good.

The clip above clearly shows the player get knocked down and have the option to activate their Knockdown Shield, but instead of just crawling around as a downed player usually would, he instead is able to pull out his Peacekeeper shotgun.

What’s perhaps the most shocking thing about this bug is that it even allows downed players to shoot their weapon and inflict damage on his opponents, as demonstrated in the video.

Many in the comments section of the Reddit post drew comparisons between the bug and the overpowered Call of Duty perks that would give players the power to shoot back after they were supposed to have been eliminated. 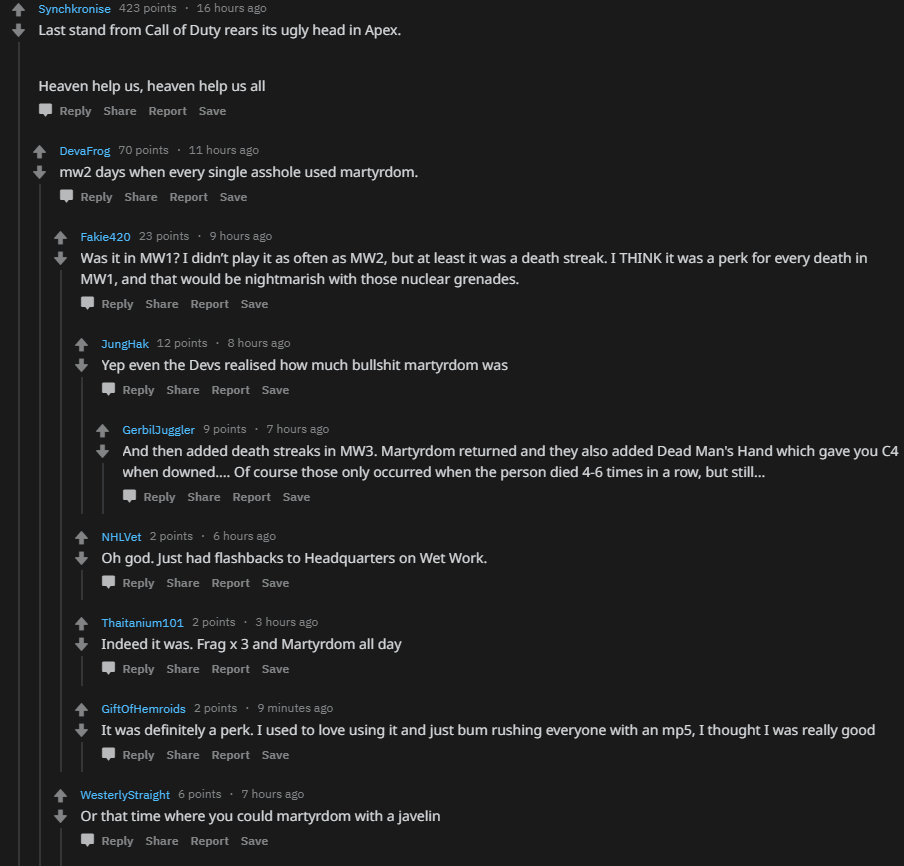 It’s not yet clear how often this bug rears its ugly head in Apex Legends, and whether or not there are other facets to it that have not yet been exposed.

Regardless, and it goes without saying, the developers at Respawn Entertainment should place high priority on fixing bugs likes these as they threaten the integrity of the game.

Have you come across this bug yet in Apex Legends? If so, were you the downed player or the one that got shot at by a downed player. Let us know by tweeting us @Dexerto and sharing any experiences and/or game clips you may have.