Respawn Entertainment have already had their next major Apex Legends in-game event leaked, Mirage’s Town Takeover, and now a few new details have been leaked ahead of schedule.

The event, which is set to take place at some stage during the holiday season, is expected to bring a number of map changes to the popular battle royale game, just like previous Town Takeovers have in the past. As regular players of the title will know, the last one saw a huge portal appear in King’s Canyon.

An unnamed location above Thermal Station and below Lava Fissure has been identified by leakers as a potential destination for the event, and now – thanks to That1MiningGuy – we now have some more information about what’s going to happen. 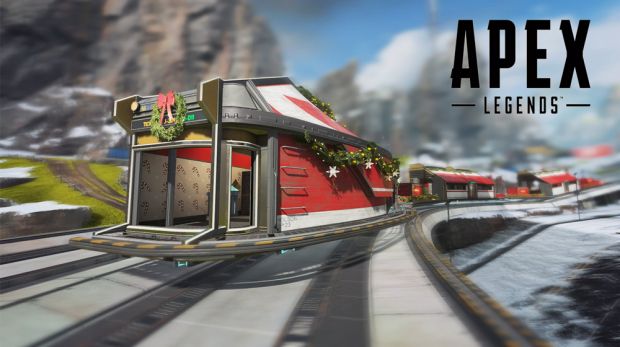 The serial Apex Legends leaker has been digging through the game’s files and appears to have found the name of the new landing spot that will appear as part of the event, Sleek City.

Respawn have still yet to offer any confirmation regarding the event and, at the time of writing, there’s also a lack of clues to be found in-game, too.

However, that hasn’t stopped the data miner from uncovering some potential features for Sleek City, tweeting: “It has a hot tub, pork chops, lootball launchers, and fireworks… and something called lootcap.” Clearly, this would be a debut for all of those things mentioned, as they’ve all not yet featured in the Apex Games.

Crazy thing about datamining is it's always possible you missed something. Pretty sure I found Mirage's Town Takeover … it's not the train event, looks to be called Sleek City… and it has a hot tub, pork chops, lootball launchers, and fireworks… and something called lootcap pic.twitter.com/pJzdGd5a39

There hasn’t been any leaked images of the new Town Takeover event just yet, although with more and more information being added to the game’s files, there’s no doubt that it’s only a matter of time before That1MiningGuy gives us all a first-look at what to expect.

What we do know, however, is that the Town Takeover map changes aren’t the only exciting things coming soon. Mirage will also be hosting a brand new Winter Express limited time mode, according to the same leaker, with That1MiningGuy suggesting there will be a Christmas-themed train added to the game soon.

Whether or not Respawn will announce details regarding both the Town Takeover and leaked LTM in the near future remains to be seen, but it certainly looks like a whole lot of content is coming soon.