Apex Legends suffers from a lot of visual issues but simple changes can go a long way in helping them out, like this tweak to the Legendary Digital Threat attachment.

Even though Respawn Entertainment’s battle royale has been a major hit with fans since its February 4 release, growing concerns with screen clutter and unnecessary visuals in the game are hindering a lot of people’s gameplay experience.

In fact, various players and streamers like former Overwatch pro Seagull were bewildered by the amount of muzzle flash and overall visual distractions that clogged up his monitor when taking a fight in King’s Canyon. 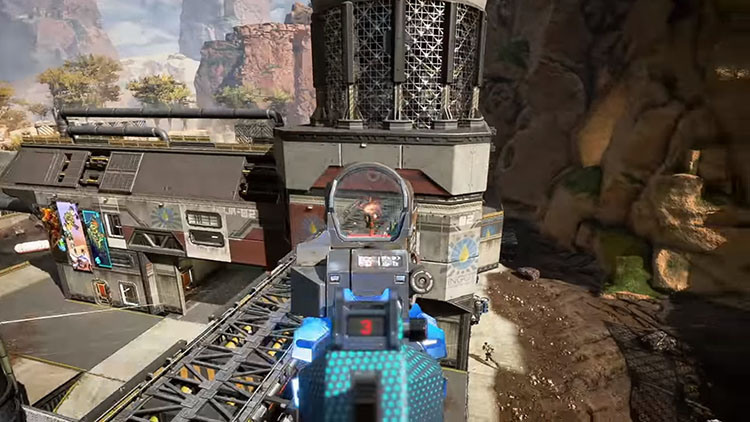 Simple designs for aiming tools can make nailing a shot in Apex Legends much easier.

There are numerous design choices in Apex Legends that could be improved to enhance player’s game, like a slight but crucial redesign to optics found in the game.

In a Reddit post, user ‘deadend1755’ made a simple but effective change to the Digital Threat by taking the old crosshair design inside the holo sights to a simple red dot with clears up the shot by a lot. 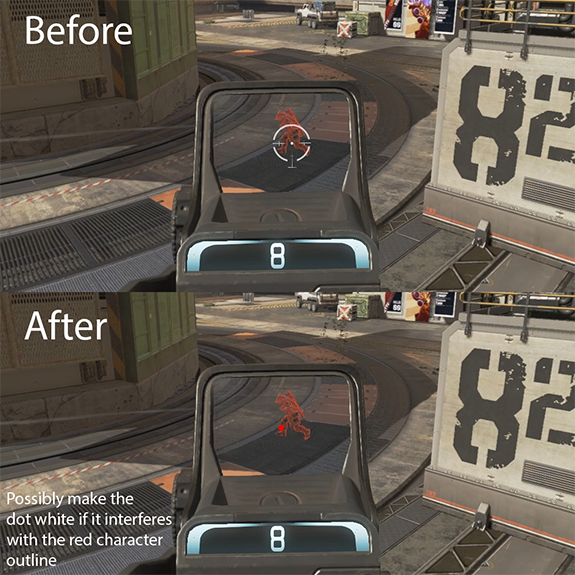 “The current (Digital Threat sight) is big to be obstructive to balance it out,” deadend said. “The red dot would give more area to see but also be hard to aim on target so it would also balance it out in a way.”

As an added note, they also think that changing the sight’s color from red to white would give players a much easier time of tracking enemies since they have a red outline in game. 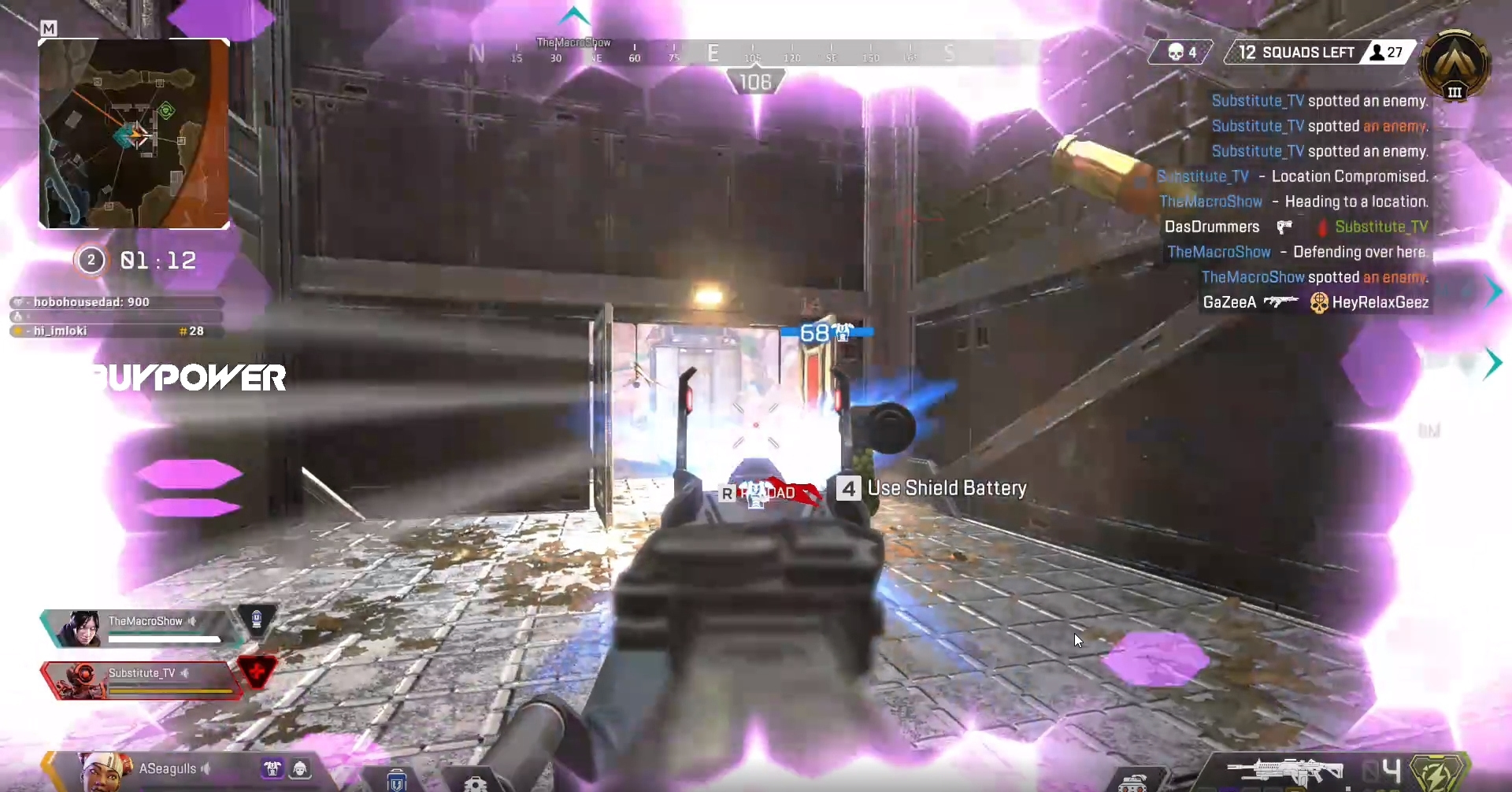 There’s been a ton of complaints with the amount of screen effects hindering the Apex Legends experience.

The change would be a quick redesign to how the Digital Threat looks like now, but it would clear up a lot of unneeded visuals to give players a cleaner shot on their target.

Apex Legends players have been noting a lot of flaws with the game’s visual clutter. While Apex is one of the more satisfying battle royale experiences, there’s tons of small-scale improvements that can still be made to improve the game overall.

Respawn Entertainment are always looking for new ways to give players a better time in their game, and it looks like this redesign is a popular idea among a lot of players.