Perfecting makeshift strongholds with Wattson’s Perimeter Security can lock down entire rooms for an Apex Legends team if the player knows the best setups for the fences.

Since Wattson entered the battle royale with the launch of Season 2 on July 2, pro teams and casual squads have adopted the Static Defender into their comps for her electric nodes that can suffocate an opponent’s attack before it ever gets going.

Wattson’s electric pylons and nodes can make for suffocation defenses, especially as a match’s circle narrows down.

Giving players a bit of insight on how to best set up those defenses, Reddit user ‘AsymmetricSquid’ showed five ways that users can “fill a room with Wattson’s fences.”

It should be noted that to make great use of Wattson’s ability kit, players will have to throw down her Ultimate Interception Pylon so she can reap the boost from her passive by standing near it.

Once that’s out of the way, players can throw down nodes at a high pace, allowing them to set up intricate defenses with the Legend.

How to fill a room with Wattson fences. from apexlegends

“Filling a room is very useful because it gives you long term defense, and it prevents enemies from entering your room and killing you,” they said. “These methods are to help fill the room and not give your opponents a safe place to stand.”

Those defenses include techniques from what they call the “Three Bow Ties” to the “Rectangular Spiral.”

The trick to some of these lies in the layers of connected nodes. 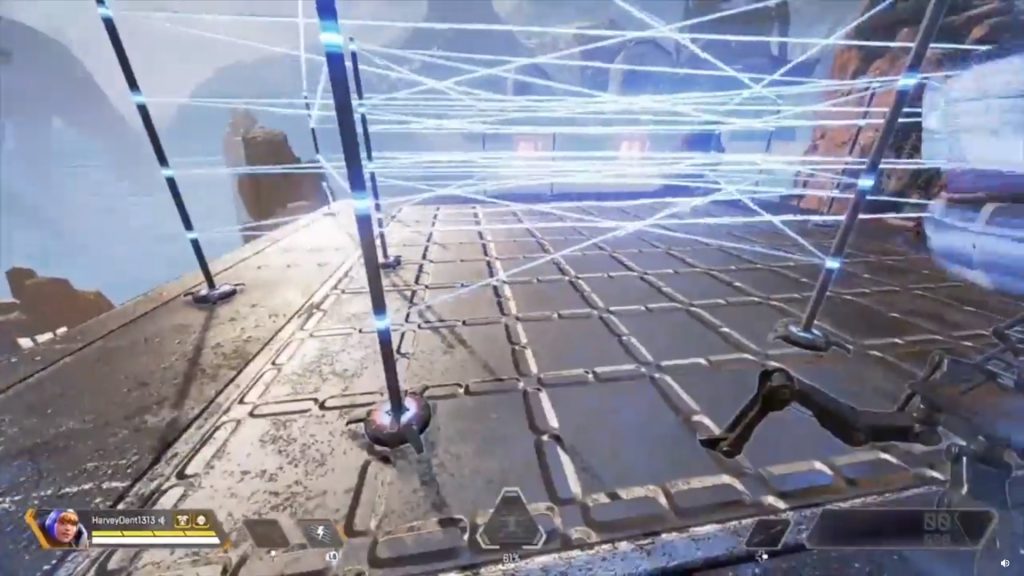 The setups give opposing squads little daylight to work with.

Since a friendly player passing through the electric fence briefly interrupts the connection, it’s important to have these layers so that teams can move around methodically; disabling some, but not all, electric fences.

While some of them look like random placements, when AsymmetricSquid backs up to see the coverage of the nodes, the setups would actually prevent foes from taking any meaningful positioning for a fight.

These techniques could be vital to keeping teams in the Apex Games safe as the circles close in, so Wattson-mains might want to take note to improve their Perimeter Security fences.