Last word from Respawn indicated that Forge is definitely not coming to Apex Legends, but one artist decided to build up the character so that fans could at least get a look at an ‘in-game’ model.

There is a sizable, sentimental part of the Apex community who would like to see Forge make his way into the Arena somehow. But after his demise at the hands of Revenant, Respawn Design Director Jason McCord said that he was “super dead” and an appearance one day isn’t in the cards.

This means that the best official look we’ll get of the Five-Time Hyper-Fighting Federation Champion is the few artist captures we have, along with the ‘Up Close and Personal’ Stories from the Outlands trailer.

But for people dying to see how Forge could have turned out in the game, Daniel ‘SleepyDaew’ Hiew made their own design for the late-Legend that even turned the heads of a few Respawn artists. 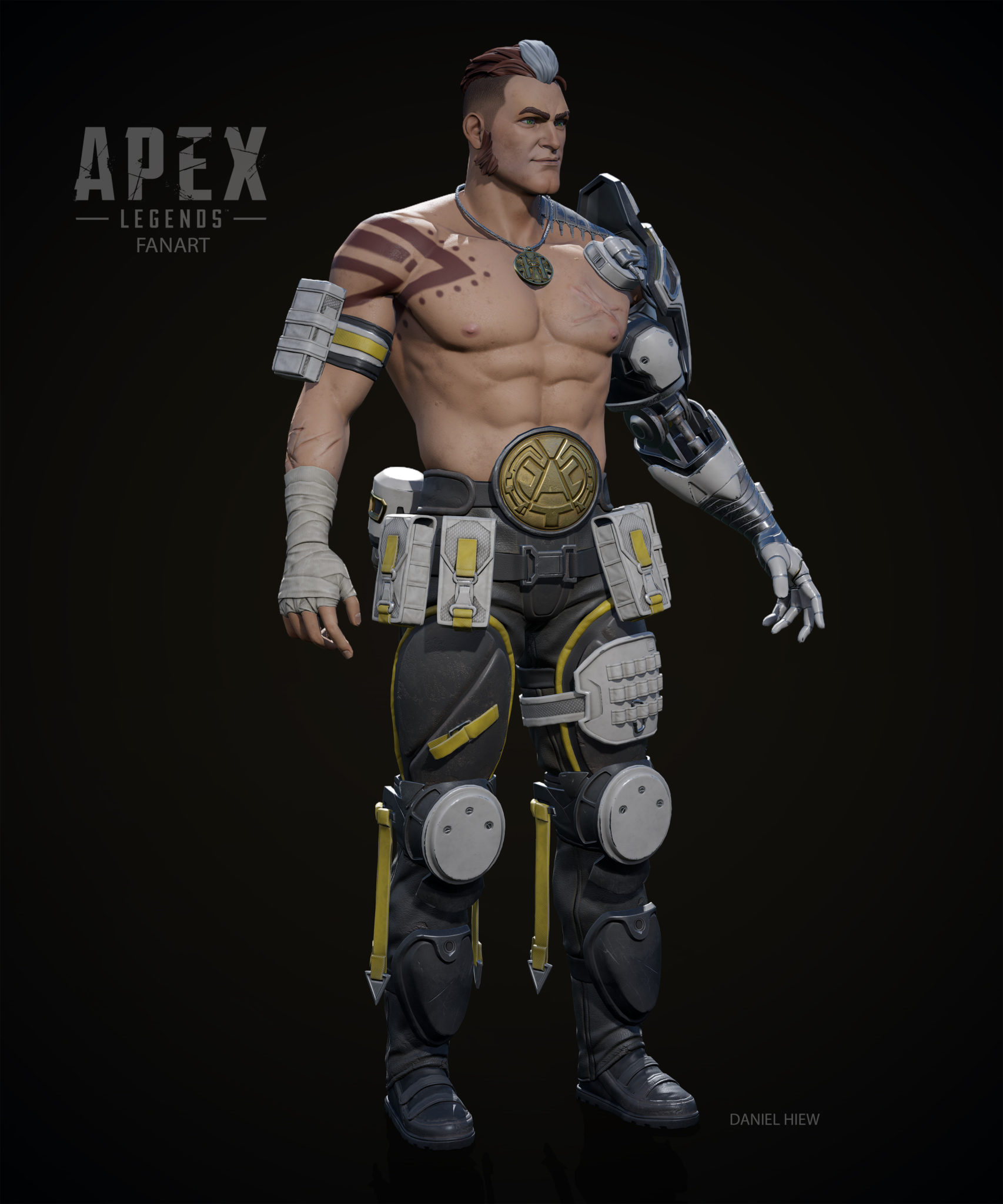 Forge never looked so ready for the Apex Games.

The translation from 2D to 3D is immaculate. With all of the regalia from Forge’s time as an MMA master to his unique left metal-arm; this looks like someone who would take over priority picks for Apex squads.

We know that he was a larger-than-life character, and Respawn has a classification for those types of people in their game called ‘Fortified.’

So while we don’t have another 3D asset to compare how he would tower over other Legends, from simply the design aspect, this man is an absolute unit.

The precision of the recreation is astounding, and it even through off a few devs like Respawn character artists like Jobye-Kyle Karmaker, Jeremy Jodoin, Patrick Yeung and more.

“Yo this was shared on our Respawn chat and I thought it was our own character asset! This looks really good,” Yeung said of the render.

Going by what the devs said, if there ever was a good, public image of how Forge would have looked like in Apex, this would be it.

Forge fans have been wanting a bit more closure for a character that showed a ton of promise, and this design goes a long way to showing us how he’d have been presented in Apex Legends.