The second Apex Legends DLive Tournament has already been providing some intense action for the new battle royale, and only 15 teams will remain to fight for the biggest stake in the $10,000 prize pool.

Over 300 teams competed in the qualifiers to earn their spot in the March 2 finals and now only the very best in Apex will go head-to-head for two hours to claim the top honors.

While only 10 teams advanced to the final from the February 23 qualifiers, DLive will be giving five more teams the chance to compete through a voting system on the DLive website.

300+ teams battled it out in the qualifier. 15 teams proved themselves worthy of competing for $10,000 USD in prizes. Who will come out champions on Saturday, March 2?https://t.co/lAmCRHbKfo#ApexLegends @PlayApex pic.twitter.com/stwLE0Ig5x

Once the finals kick off at long last, fans can expect to see plenty of players utilizing the Wingman pistol. Almost every team in the Top 10 made heavy use of it, with one team even naming themselves after the powerful weapon.

Despite the clever moniker of team ‘Wingman Winrate,’ the team to look out for will certainly be team ‘impulse,’ who managed to compile a staggering score of 253 points by nabbing 193 kills and six wins.

As impressive as impulse was during the qualifiers, though, they were still closely trailed by the rest of the tournament’s top teams.

Teams AllPlanned, Officials, BunkerBoys and Wingman Winrate all managed to best impulse in the Win column with seven wins each. 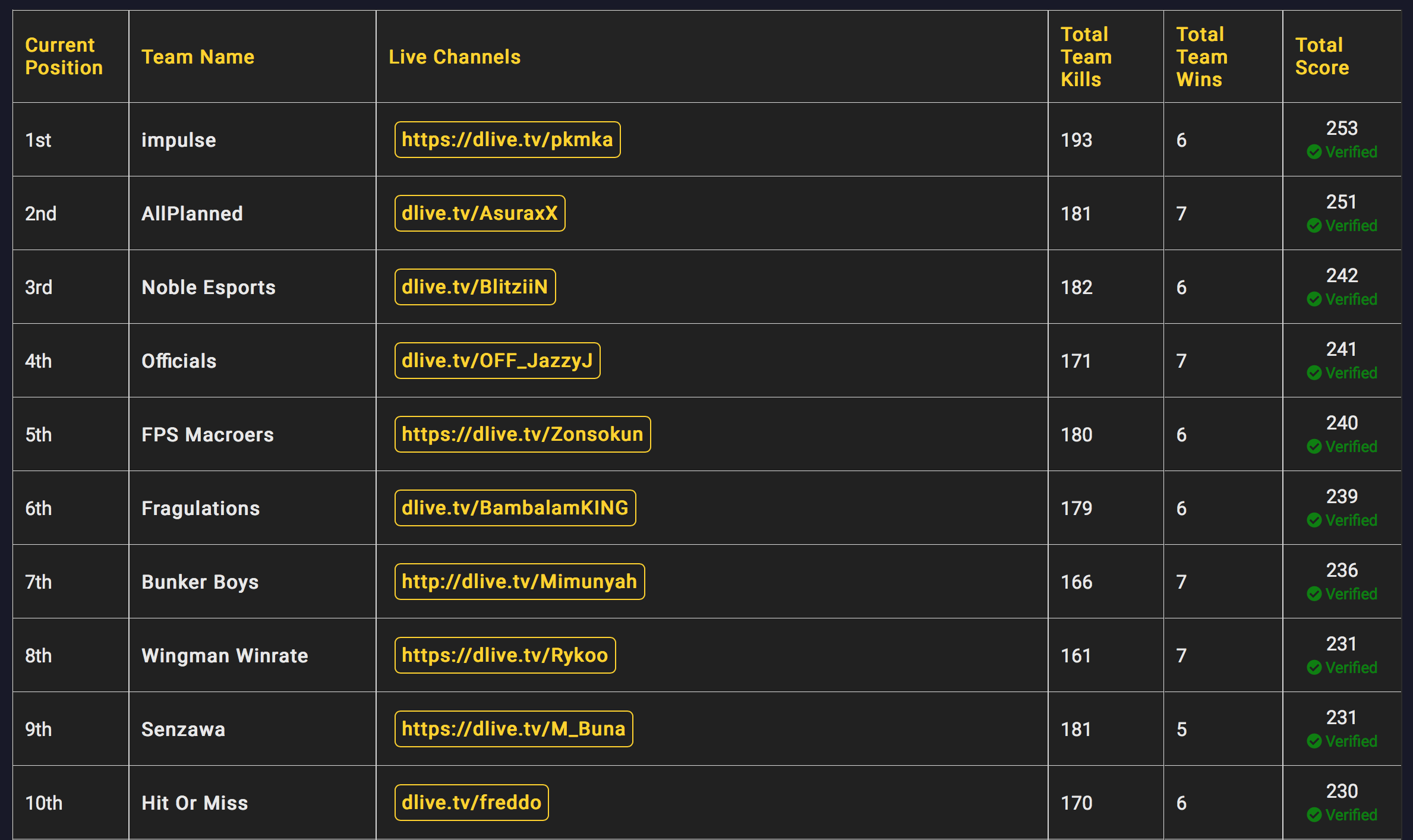 The final standings from the February 23 qualifiers.

Since every kill only gives one point to the total score while Wins give a team 10 points, it’ll be interesting to see how the game plan shifts come March 2 when teams try to climb the ladder.

With only 23 points separating the first team in the qualifiers from the tenth, it seems that squads will be hard pressed to find new ways to separate themselves from the pack in order to snag the lions share of the $10,000 prize pool.

You can find the full prize breakdown for the March 2 Finals below: