Respawn Entertainment, developers of Apex Legends, have responded after players complained that it took too long to rank up the tiers in the new Season 1 Battle Pass.

The launch of Season 1 in Apex Legends, named ‘Wild Frontier’, was highly anticipated, as players looked forward to have new content, as well as a new reason to ‘grind’ the game, by way of the battle pass.

Like Fortnite, the Battle Pass in Apex Legends rewards players with a new item each time they rank up a ‘tier’, and this is done through earning XP in game. 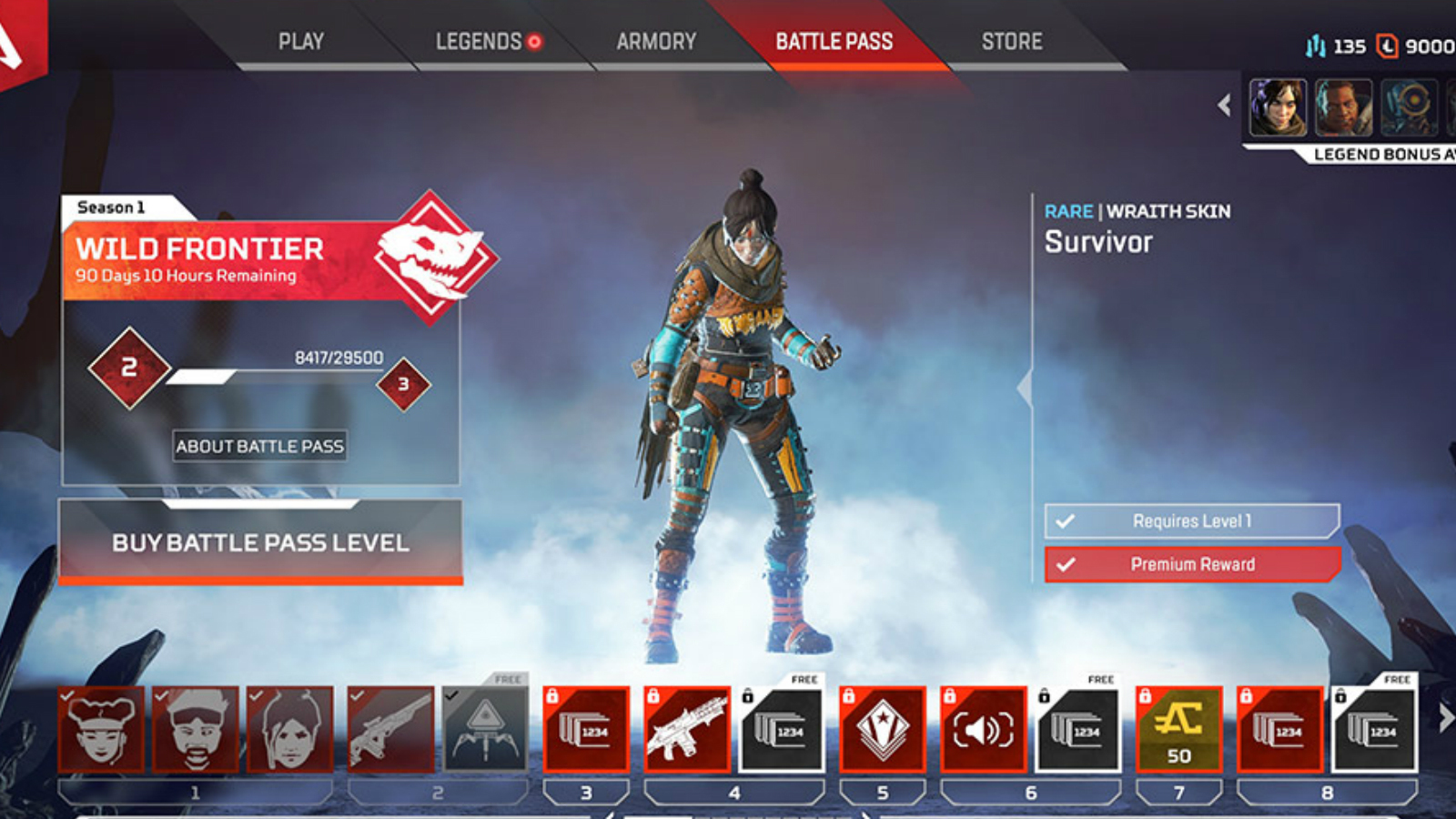 There is a total of 100 tiers in the Apex Legends Season 1 battle pass.

However, in addition to complaints that the rewards themselves were mediocre, players have also found the amount of time it takes to level up a single tier, feels a bit too long.

A post on the Apex Legends subreddit highlighted that it required more XP to rank up tier 1 to tier 2 of the Battle Pass, than it does to rank up your character level from 97 to 98.

However, an Apex Legends developer was quick to point out that this isn’t exactly an accurate reflection of the time it takes to rank up the battle pass, explaining:

You only did half the work :/ You’re assuming that XP / Hour is the same in both progression tracks, which it is not.
You get more XP / Hour in Battle Pass as long as you leverage the character XP bonuses.

The battle pass takes approximately ~100 hours if you use the bonuses and get a few kills here and there. Which is a little over 1 hour of in game time per day.

Season 1 is expected to end at the start of June, meaning players who play a little each day should have plenty of time to rank up most of the Battle Pass tiers.

The developer also explained that even if you did very little in matches except simply survive, you earn 6XP per second you are alive in-game.

So, if you want to reach tier 100 of the Apex Legends Battle Pass, be prepared to spend almost as much time as it would to reach account level 100, minus about 25 hours or so.

You can actually skip the first 25 levels too, by purchasing the Battle Pass ‘bundle’ option, but this will cost you 2,800 Apex coins, rather than the standard 950 for the regular Battle Pass.