While the Shanghai Dragons have been knocked out of the Overwatch League season two playoffs, they’ve given us a glimpse as to what to expect on stage.

OWL has really stepped up its creative game in 2019. After a relatively successful first season, season two saw new teams like Hangzhou Spark win fans over with incredible posters, while the San Francisco Shock have memed the entire league.

It now seems like Blizzard are catching on to what the fans want, and they’ve set up some amazing murals for the season playoffs expected to kick off on the weekend.

A clean 4-0 victory! GGWP to @ShanghaiDragons, foe and pal both at the beginning and in the end. We completed the regular season with 18 Wins and 10 losses. See you all in playoffs! (≧∇≦*)#bang #OWL2019 pic.twitter.com/y5umwWC74b

Shanghai Dragons’ manager Michael “Irvine Panda” Sun shared a few images of the team doing rehearsals for the playoffs, and they’ve got some amazing art cooked up in the background.

“It’s unfortunate that these were never shown because we didn’t make the playoffs,” the tweet said.

It’s unfortunate that these were never shown because we didn’t make the playoffs.

Shout out to the hard working @itsmelimmy, who is like an older brother to a lot of the players, always making them comfortable during interviews and filming sessions. pic.twitter.com/lF8aaNz40z

With the Shanghai cityscape drawn up in the background, their artwork features a dragon gliding across the Blizzard Arena stage, alongside their slick logo and dark red light display. It’s gotten plenty of fans excited for what’s to come based off the Dragon’s murals.

Logos like New York Excelsior’s have excelled when used in street wear in the past, while Hangzhou Spark’s anime-style art has won fans over all season long. It’ll be interesting to see what Blizzard has in store for their stage setup come playoffs. 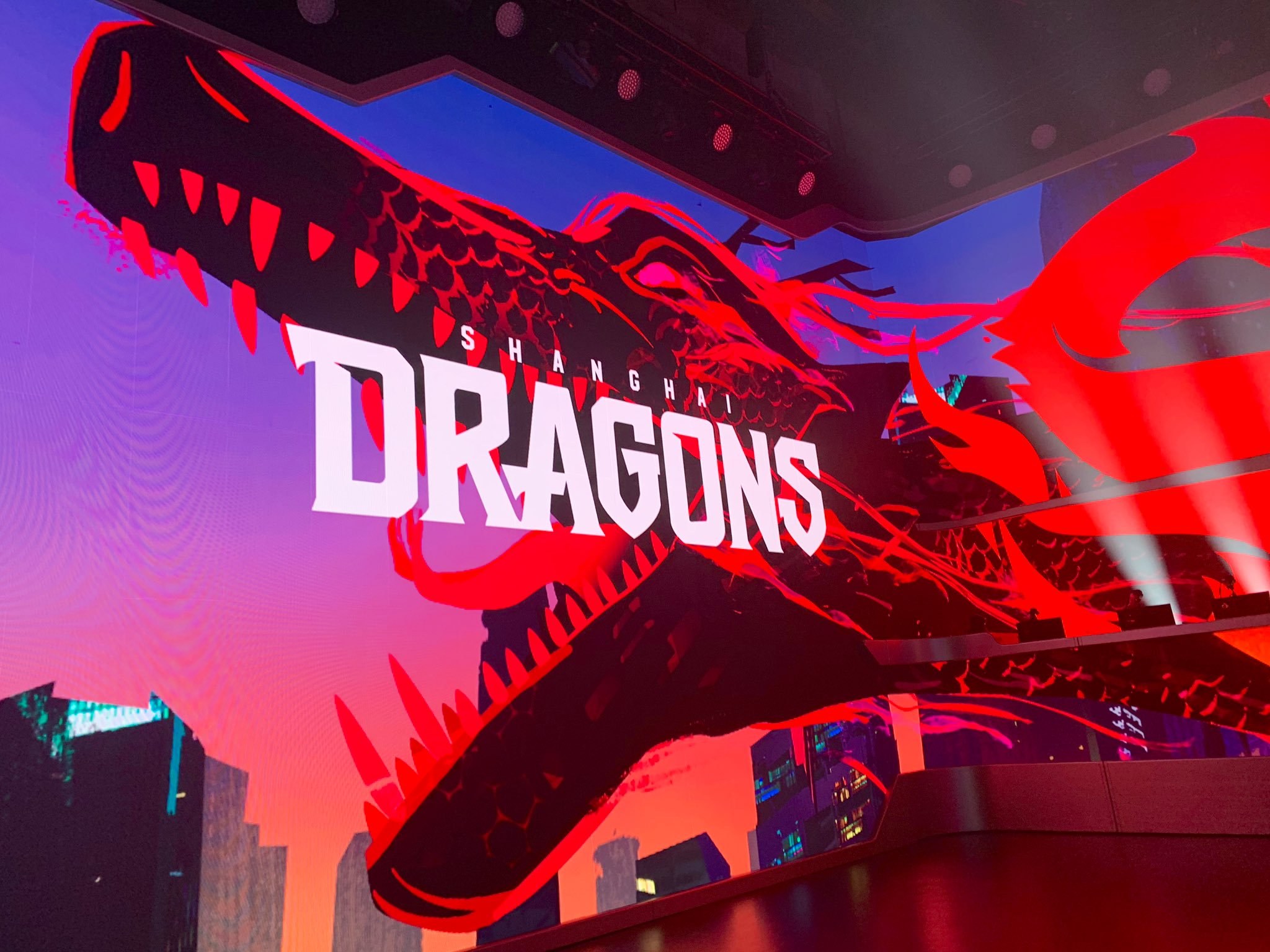 The mural wraps around the Blizzard Arena.
[ad name=”article4″]

“Shout out to the hard working @itsmelimmy, who is like an older brother to a lot of the players, always making them comfortable during interviews and filming sessions.”

The Shanghai Dragons revamped their roster in 2019 with Korean players, the majority of them coming from Kongdoo Panthera, a team in Contenders Korea. It would have taken time for the players to adjust to their new lifestyle in North America, but their performances in game spoke for themselves, as they secured China’s first stage playoffs victory in stage two.