Overwatch’s new subtitles could be the ultimate Sombra counter

One of the biggest features in Overwatch’s June 24 PTR update is the addition of subtitles and players have discovered they might be one of the best counters to Sombra so far.

Sombra’s stealth allows her to get behind enemy lines to hack and disrupt the enemy team and unless you’re are an Overwatch League pro like Diem, it can be hard to detect her until she decloaks to hack or throw out EMP.

Now, after the June 24 PTR update, players have discovered that Overwatch’s new subtitles seem to let players know when a cloaked enemy Sombra is close. 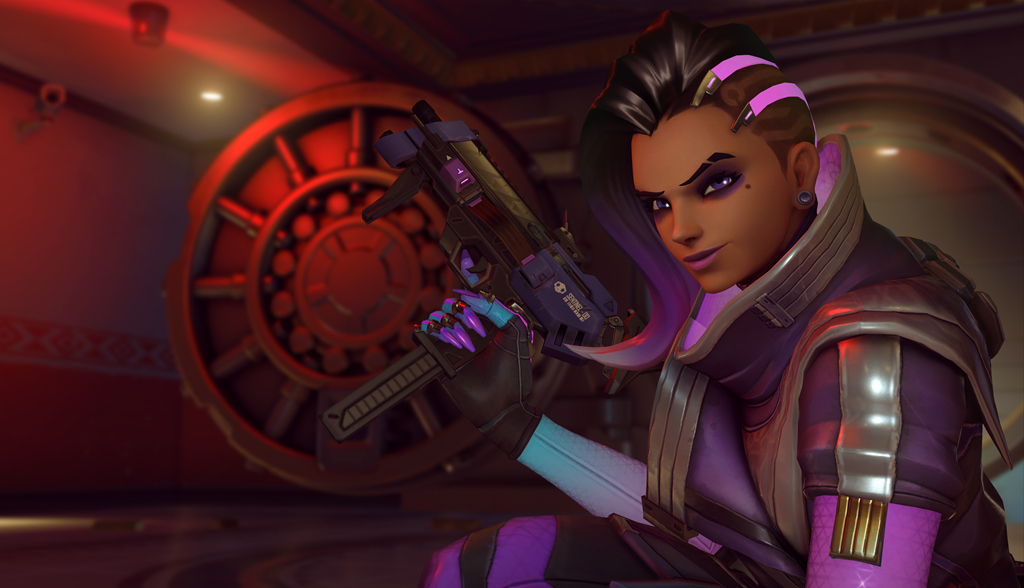 Sombra is the last hero you want to hear behind you during a fight.

“Been here all along”

Sombra isn’t completely undetectable when she’s in stealth mode, she’ll appear briefly while stealthed when right next to an enemy and she still throws out voice lines that can be heard by the opposing team as well.

It’s the voice lines that seem to be her downfall with the new subtitles feature, which turns in-game dialogue between heroes during a match into text on the bottom of the screen.

The new subtitles on Overwatch’s PTR look like this.

It includes all dialogue including Sombra’s voice lines while she’s stealth, which gives players visual confirmation that she’s close and they should keep an eye, or ear out.

Subtitles are still on the PTR, so there is a chance that Blizzard could lock Sombra’s audio from appearing while she’s stealthed or some other change to get rid of the dead giveaway.

The new subtitles on the PTR can allow you to have a visual aid for decloaking sombras. I wonder how many professional #OverwatchLeague players will deem this a must-have option. pic.twitter.com/pBU2OLCASX

According to a report from June 24, the Overwatch League will be switching to a 2-2-2 Role Lock system for Stage 4 of the current season.

The League hasn’t confirmed or denied the rumors but if a role lock is put in place, it could be a sign of things to come for regular players as well.

Jeff Kaplan has teased “big changes” coming this Summer for Overwatch along with Hero 31, but whether or not this includes some kind of role lock remains to be seen.

How to drop the Spike in Valorant