ANS has been a well-known player in the Korean Overwatch scene for a while, but he’s been making a name for himself on a worldwide scale after he was signed to the San Francisco Shock prior to the 2020 season.

However, he started getting negative attention on September 26 following clips of the pro using homophobic language during one of his recent Twitch stream.

"If we had a rematch, I might still lose to Diem again. But even if I win in a rematch… I mean, I know all them gays on the forums are listening. If I win they'll be like "he played so gay does the win even count" and…"https://t.co/6hNRrb00IA

A couple of hours after the clips were posted to Twitter, ANS took to social media and apologized to fans, insisting that he had “used the word gay in the wrong context.”

“I was going to say goat, but I think the choice of words I made was wrong,” the pro wrote. “I made a mistake last time, but I’m sorry to the fans for causing a problem again.”

At the time of writing, no action has been taken yet by the San Francisco Shock, but based on similar situations the team has faced in the past, it’s probably pretty safe to say ANS faces at least a fine or temporary suspension, from the team and/or the Overwatch League. 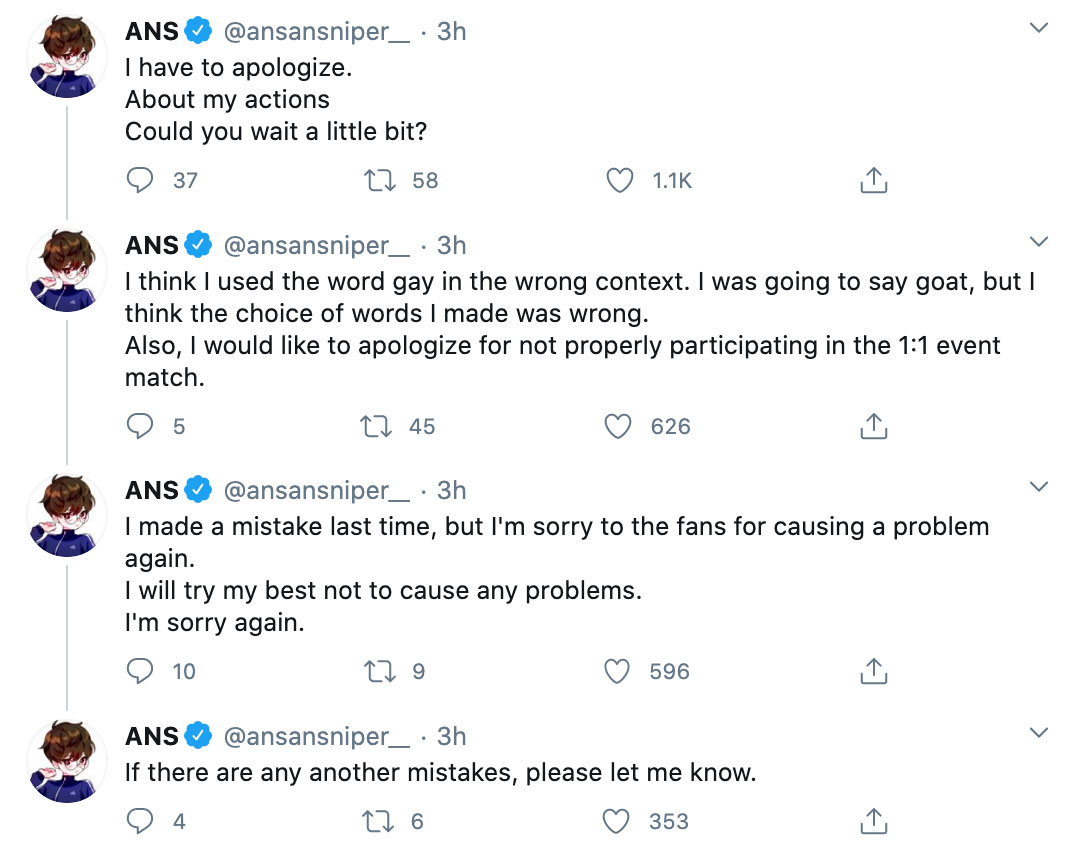 ANS’s teammate on the Shock, Park ‘Viol2t’ Min-ki, found himself in a similar situation in July 2020 after clips of him using various slurs on stream began to surface. This was followed by the player receiving an undisclosed fine and a one-game suspension.

Whether or not this will play out in the same way remains to be seen, but it does come at a particularly inopportune time for the Shock, who could be a player short when they face the Seoul Dynasty in the first round of the Overwatch League Grand Finals bracket starting on October 8.