After months of speculation and dozens of leaks, the worst kept secret in Overwatch history has finally been officially announced. 2-2-2 role lock and role queue is coming to the game and the community, while mostly positive, does have some concerns.

Early in the morning on Thursday, July 18, an episode of Watchpoint scheduled to air later in the day at 11am pacific time appeared on the Overwatch League website before being removed shortly after. The video officially confirmed 2-2-2 role lock was coming to the league for stage 4 and role queue was coming to the main game as well.

The 2-2-2 role lock rules state that teams will now consist of two damage dealers, two supports and two tanks at all given times. Players will be allowed to change roles in-between maps.

A developer update providing further details on how this will affect ranked experience such as role-based skill rating (SR) is expected later on in the day. Game director Jeff Kaplan has previous said that if role queue was introduced, then it would come with an individual role SR for players.

While many in the community are pleased with the news and saw 2-2-2 role lock as a mandatory step forward for the game, others don’t agree with the timing of the decision. Korean Contenders commentator Hamza ‘Lafon’ Mostafa wrote, “…the timing is awful. The game needed it eventually, but I’m not sold on the timing.”

I'm not, the timing is awful. The game needed it eventually, but I'm not sold on the timing.

Another Contenders commentator, Phill ‘BigHungryPhill’ Moxley voiced his concerns, “Cool, just as the OWL meta moves away from GOATS of its own accord, we get a fix that will *checks notes* force Bunker. Cool.”

He posted a follow-up tweet a few hours later saying, “Role lock and the future of Overwatch is legitimately giving me anxiety issues, so, thanks?”

Role lock and the future of Overwatch is legitimately giving me anxiety issues, so, thanks?

Others were much more positive, especially because of what this will mean for the quality of ranked matches. Overwatch Central, one of the largest YouTube channels devoted to the esport tweeted, “RIP 5 DPS comps from ladder, you won’t be missed!”

Some players, who abandoned the game, say they will be willing to give it another chance once role lock is patched in.

Coming to OWL AND Competitive.

RIP 5 DPS comps from ladder, you won't be missed! pic.twitter.com/glCH5fnWK0

“Once role lock happens I may try out overwatch again….” user obearwatch posted.

Over on Reddit, it positive sentiments were echoed. “I know everyone is talking about the botched rollout of information, but can I just say how insanely excited I am for this?” user DoobaDoobaDooba said on r/CompetitiveOverwatch. 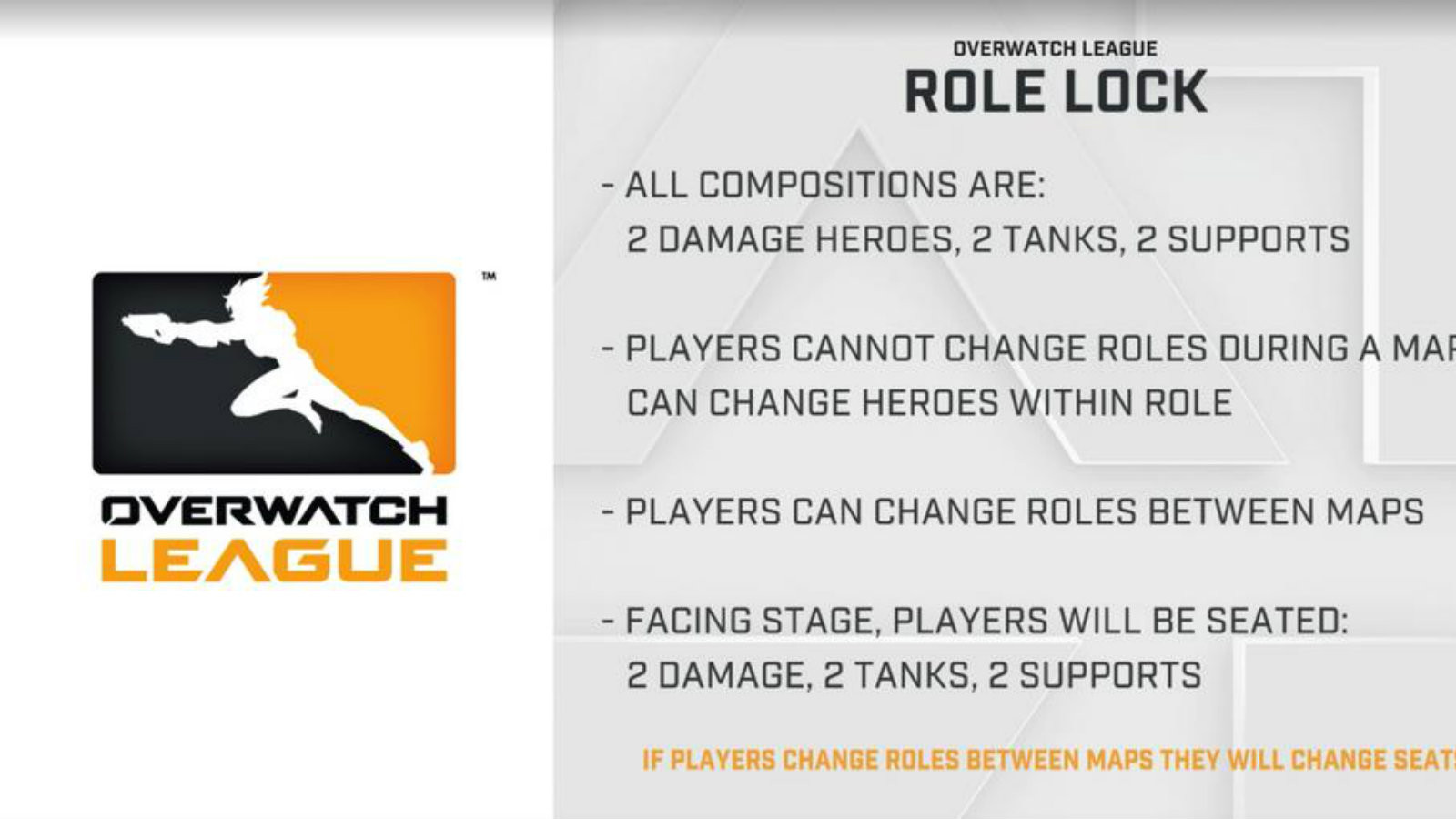 2-2-2 role lock will force teams to be comprised of two DPS, two supports and two tanks

In the same thread, BEWMarth wrote, “I am so relieved it’s finally announced so the community can get back to focusing on playing the game.”

The official announcement and more information is coming later on Thursday, July 18. One topic of interest will be the estimated time of release for major balance changes to help facilitate the 2-2-2 lock.