The long-awaited Overwatch role lock system is finally going to be implemented, as per a leak on the Overwatch League website that went live late on Wednesday, July 18.

There had been heavy speculation that the Overwatch League would be announcing a move to a 2-2-2 role lock for Stage 4 of the League in the Watchpoint episode that was due to air on Thursday July 18 at 11 AM PST.

The episode was leaked after being published early by Blizzard themselves, and it not only confirms the change to the Overwatch League, but also that a role queue is on its way for the wider game.

“Teams have had a couple of months to prepare for this,” Overwatch League Senior Product Director Jonathan Spector told Malik Forte in the leaked interview.

When asked why the league is choosing to implement this change now, Spector replied: “It’s really important to us on the Overwatch League side of things that we look to keep the experience on stage that all the fans have a chance to watch as similar as we can to what you’re playing at home.”

“With role-queue coming to Overwatch shortly, as the team just announced earlier today, we thought it was really important to bring it to Overwatch League as quickly as we could.” 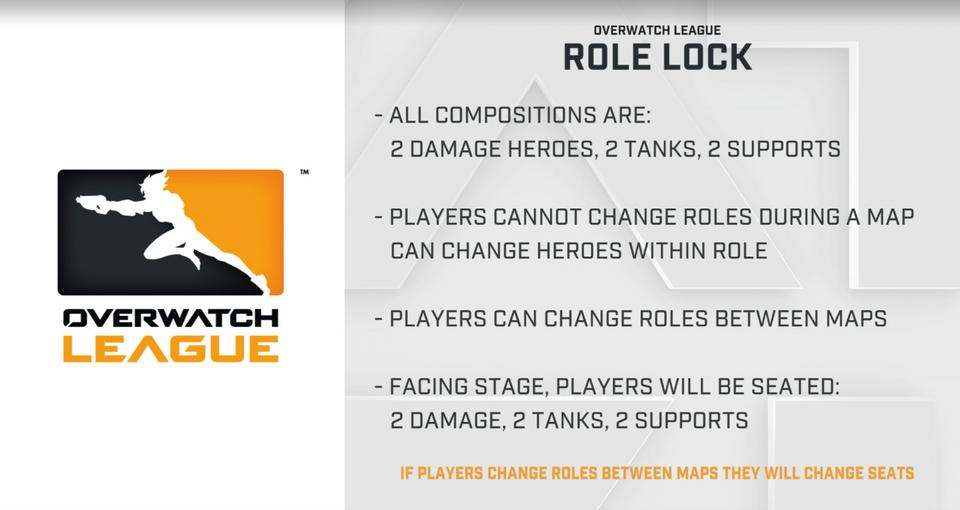 The role lock rules that will be used in the Overwatch League.

Spector also revealed that the league had consulted with teams and players on the proposed changes. Eventually, teams were asked to vote on whether or not the League should go with 2-2-2 and the “overwhelming majority” voted in favor of making the change.

The full interview can be seen in the segment below.

For many players, the more significant news will be that role queue is coming to the wider game. Unfortunately, details of this change were not included in Watchpoint, although it seems likely that fans can expect a full announcement at some point on July 18.

There had been speculation that a recent change to the dates for Competitive Season 17 indicated that a release for role queue was coming soon, and the information revealed on Watchpoint appears to back this up.

While there had apparently been considerations to make the change to 2-2-2 for the 2020 season, one concern would have been that come playoffs and finals, the game would have been played on a much older patch. With the Season 2 playoffs due to take place August 29 to September 29, that suggests that role queue will already have arrived by then.

Stage 4 of Overwatch League kicks off July 25. The first-ever historic match featuring 2-2-2 role lock will be between the Houston Outlaws and the Paris Eternal.