The two are set to go head-to-head in-game at the event, competing for opposite teams in the “Talent Takedown” match.

The main focus of the All-Stars event will of course be the various showdowns between the Atlantic and Pacific Division teams, culminating in a competitive best-of-five between the two star-studded rosters.

The event will also see members of the Overwatch League talent team take to the server, however, with each Division having drafted a roster of casters and analysts for a competitive best-of-three match.

Both teams have of course been hyping up the match with some posturing on Twitter, and Bren and MonteCristo clashed after Bren took a shot at the majority of the Pacific team. 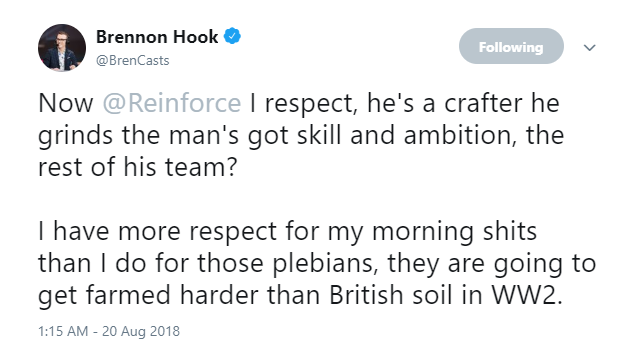 Overwatch League All-Stars will take place August 25-26, with the Talent Takedown just one of a variety of challenges that will precede the final competitive showdown between the Pacific and Atlantic Division all-star squads.