A new June 18 update increased the speed of his primary fire to allow him to deal more damage and turned him into an absolute killing machine.

Now, Overwatch Workshop guru DarwinStreams has made a training mode that shows players the exact range of his Flashbang ability to help them get their stuns on point. 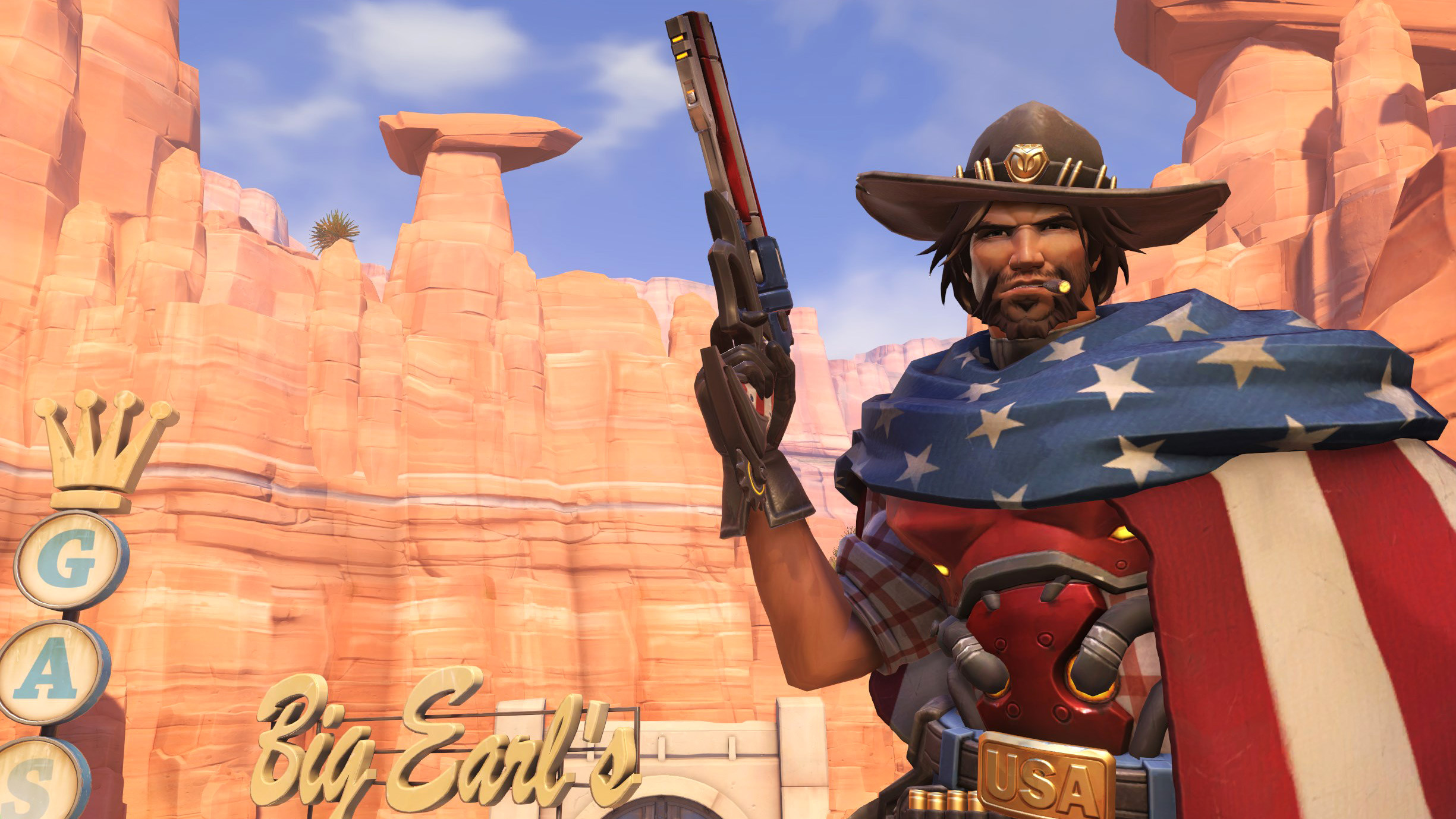 McCree’s Flashbang is one of his most powerful moves.

McCree’s Flashbang has a 3 meter area of effect when thrown, and stuns enemies for just under one second (0.7 seconds, to be exact).

It’s one of the most powerful tools in his kit, so DarwinStreams’ training mode has come at the perfect time for players looking to get into McCree.

In the mode, McCree has no cooldown on Flashbang, and the abilities’ range of effect is displayed as a purple orb, which seems slightly larger than what players might expect. Using the Flashbang orb, players can experiment with stunning opponents in different areas on a map, and really just get the general feel for how to use the ability effectively.

There’s no Workshop code available for the mode yet, but Darwin said it was “part of my upcoming “Range tool” that will visualize range of every ability in the game, and trust me, you’d be surprised with a lot of them.”

Along with the massive June 18 patch, there was also a report on June 24 that the Overwatch League would be switching to a 2-2-2 role lock for Stage 4 of the current season.

This would be one of the biggest changes the League and Overwatch Competitive play has seen since the game came out, and it could be an indicator of what’s to come for the rest of us eventually.

Besides a potential role lock, Overwatch’s Hero 31 will be coming out sometime this summer, according to Jeff Kaplan. Fans have plenty of theories about the identity of the newest hero, but so far, we don’t know anything for sure.