At the highest level, Overwatch games can be decided by the narrowest of margins, and Jayne identified one moment when a matter of milliseconds made a massive difference to the likely outcome.

Busan was the first map of the Canada-France quarter-final, and a perfectly-timed EMP might well have been instrumental to Canada’s victory.

Playing on the MEKA Base point, Canada were grouping up for an attack when France main tank Benjamin ‘BenBest’ Dieulafait found a perfect opportunity as Reinhardt to drop his Earthshatter ultimate. With no shield to block it, four members of Canada would’ve been sent to the ground, leaving an easy clean-up for France. 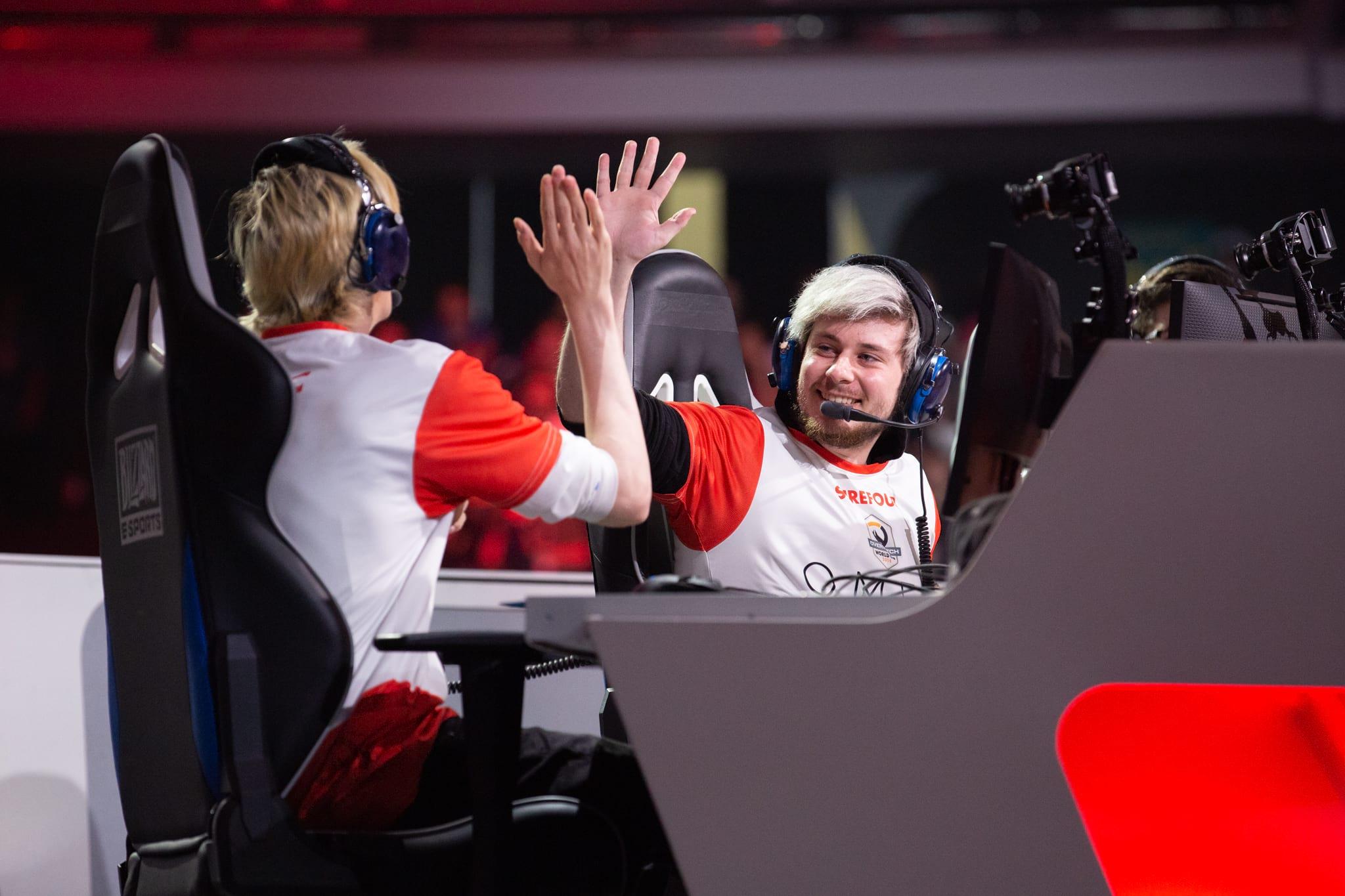 Surefour and xQc celebrate at the Overwatch World Cup playoffs.

Instead, the Earthshatter only landed on one enemy, thanks to a perfectly-timed EMP from Canada’s Lane ‘Surefour’ Roberts.

As Jayne explains, Earthshatter’s effect isn’t instantaneous. It’s actually a projectile, beginning from the point where the hammer hits the ground and travelling forwards, albeit quite quickly.

In almost the same moment that the shatter landed, Surefour’s EMP cancelled its effects. That meant that only Lucas ‘NotE’ Meissner, who was stood directly under it, was hit, but the ultimate never travelled to the rest of the Canada players.

At the time, the two teams were tied at 1-1 in the map, and though Canada had the lead in control percentage on the final point it was France who had control.

Canada winning the ensuing fight gave them back the point and may ultimately have been instrumental in their winning the map. Had the shatter landed, however, it could have been a very different story.