After a meeting with Blizzard, creators of the popular third-party software Pursuit announced that instead of just sitting around and waiting for the publisher to make a decision, they will be developing similar statistics tracking software for Fortnite.

In a post to the official Pursuit Discord channel, CEO and Founder of Pursuit James Sun said that he and his team had the chance to meet with Blizzard and discuss last month’s ban.

“We’re still hopeful that they’ll build a policy that allows Pursuit to start operating again, but these decisions and processes take time. At this point, we’ve been instructed to wait,” Sun wrote in the announcement on Discord.

Sun said they had chosen Fortnite because it was a game that has traditionally been more open to third party software.

“Since we are not the type to just sit around and do nothing, we have decided to build analytics for games where 3rd party apps have been historically more supported,” Sun wrote. “In fact, next week, we will be launching an alpha version of Pursuit for Fortnite.”

Pursuit hasn’t given up on Overwatch, but who knows how long they’ll have to wait for Blizzard to figure out whether it is allowed in-game or not. 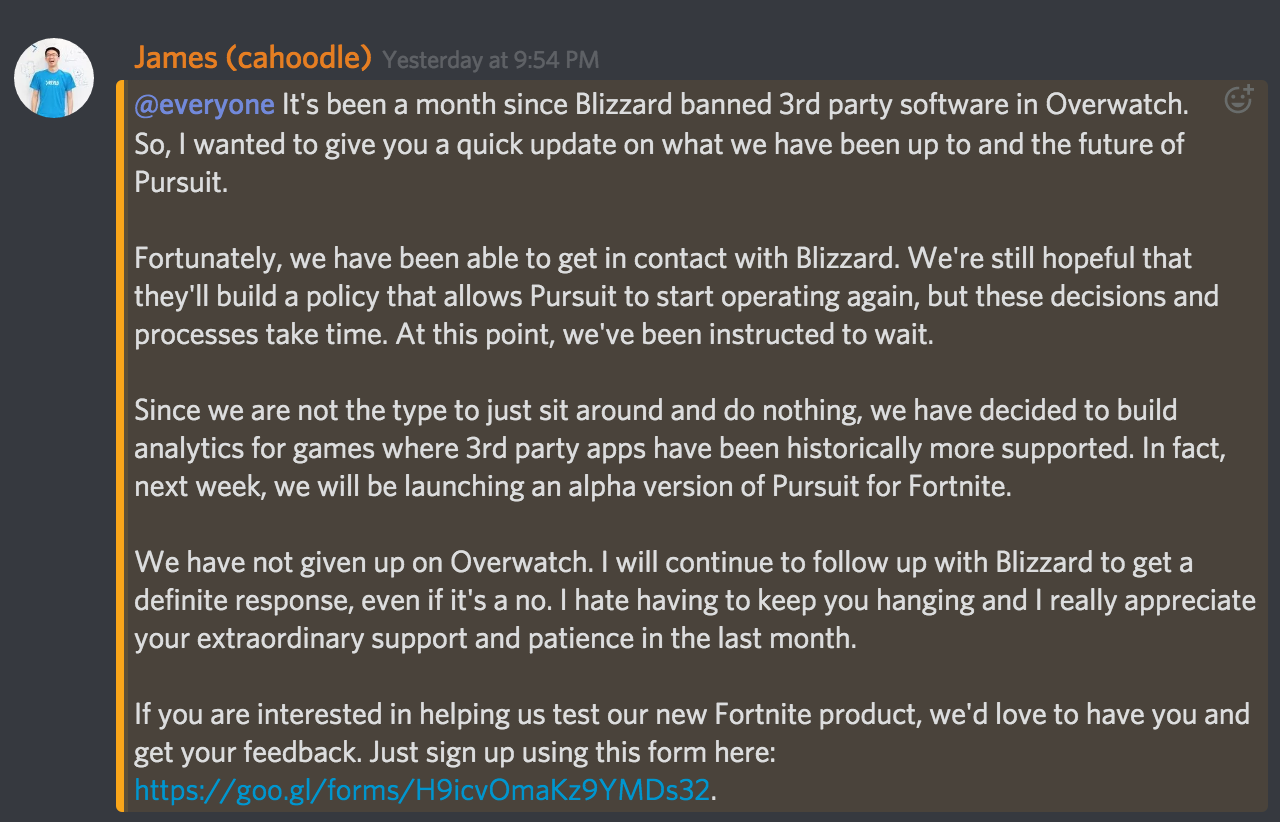 While they wait for Blizzard’s response, building software for a popular game like Fortnite should keep the Pursuit team plenty busy.