D.Va is Getting a New Nano Cola Skin - Dexerto
Overwatch

D.Va is Getting a New Nano Cola Skin

D.Va is potentially getting a new Epic skin based on an outfit that appeared in her ‘Shooting Star’ cinematic.

The skin is green, purple and pink and is sponsored by the in game soda, Nano Cola.

D.Va is seen wearing the skin on an advertisement in the ‘Shooting Star’ animated short, where she is shown as an Idol with dozens of sponsorship deals. 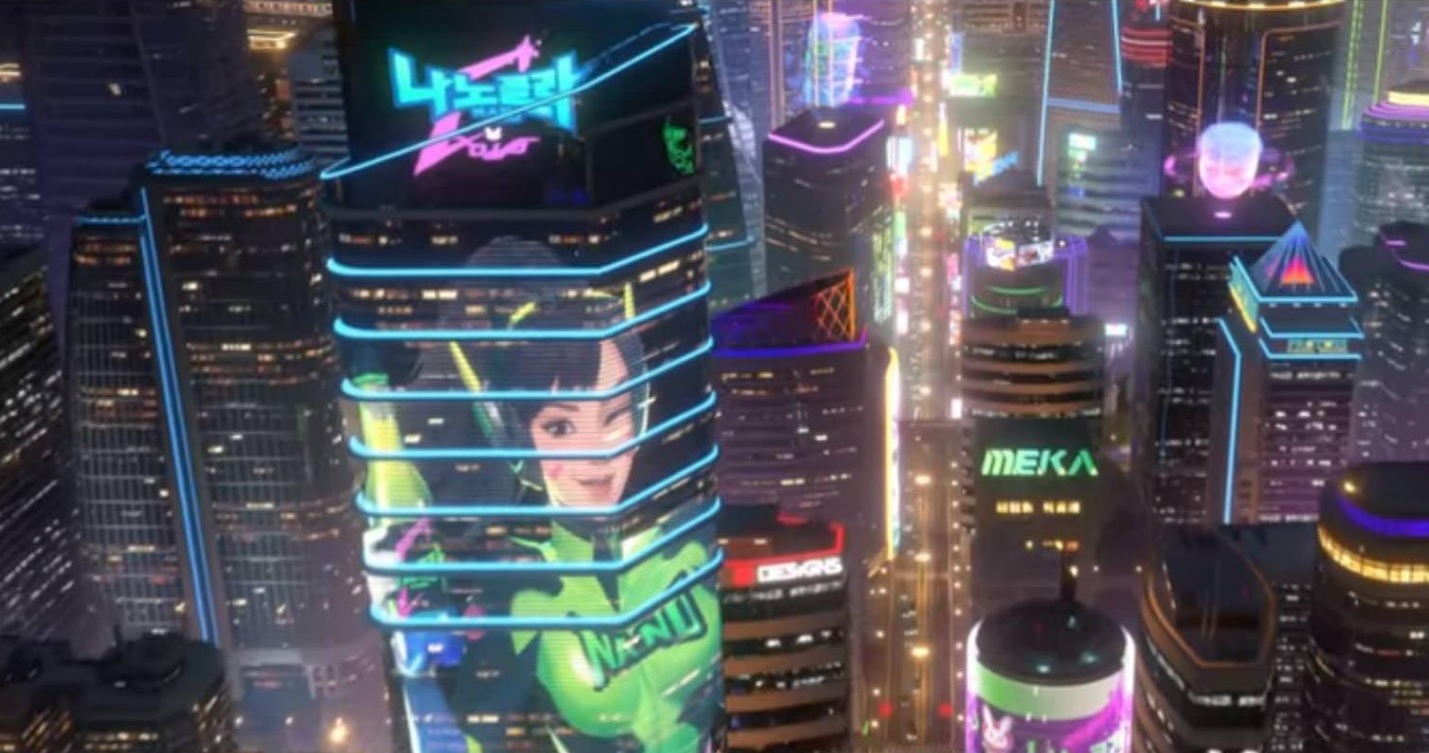 The end of the cinematic shows the in-game version of D.Va wearing the new skin and has the ponytail seen on the advertisement. 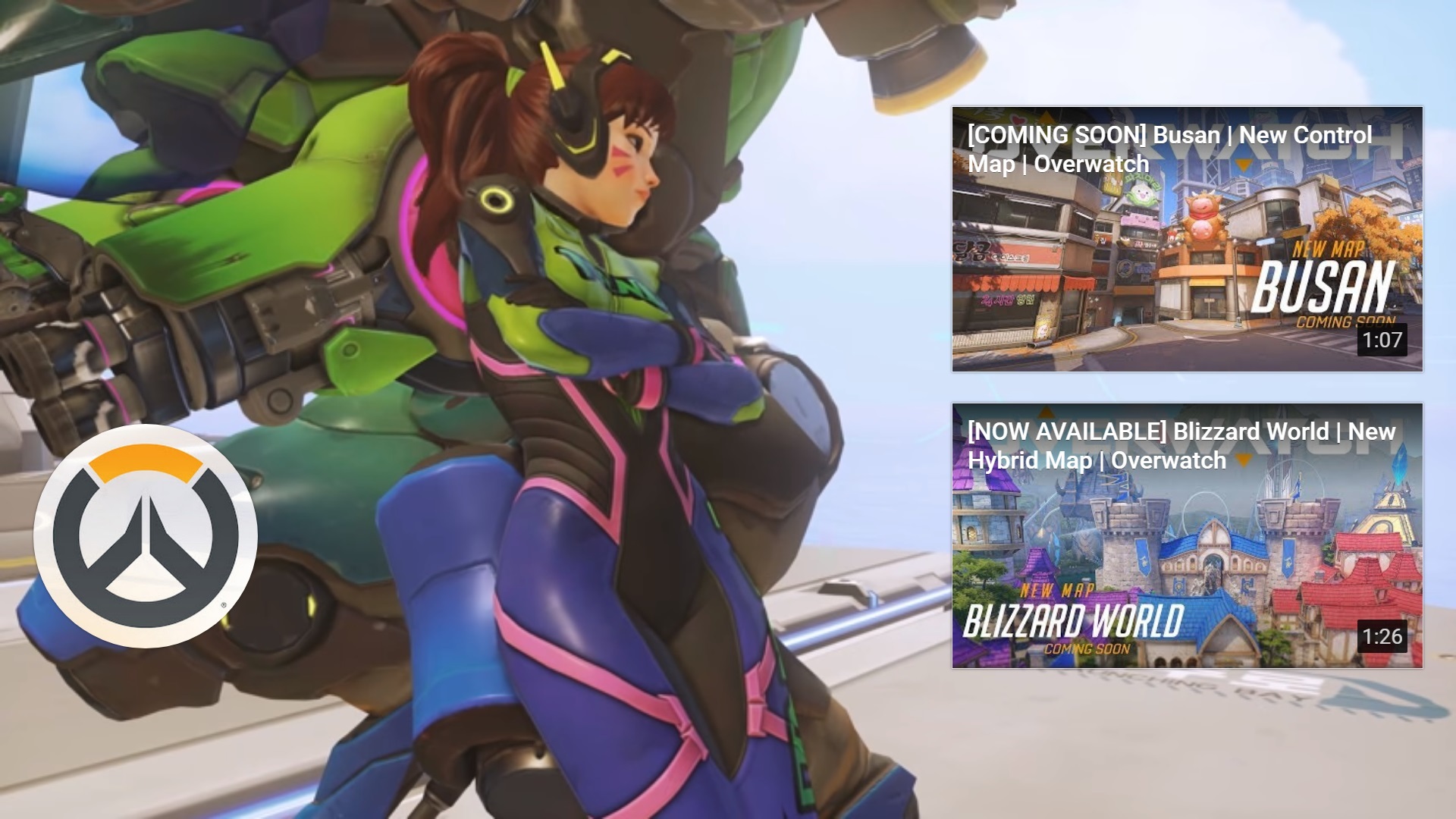 Her mech is shown as well and features a green to purple gradient.

Since the mech and the D.Va suit are only a change of color, the skin will most likely be Epic instead of Legendary.

Surprisingly, Gamescom and the Overwatch Fan Fest came and went without any announcement of when the new D.Va skin would be available.

The new map Busan is currently on the Overwatch PTR and would match the Nano Cola theme, however the Nano Cola skin did not release with Busan.

It is possible that Blizzard is waiting until Busan goes public to launch the new D.Va skin.

Nano Cola has been visible in Overwatch since the launch of the game through one of D.Va’s sprays, though the bottle has undergone a drastic redesign for the ‘Shooting Star’ short.

Here is how Nano Cola looked on D.Va’s spray: 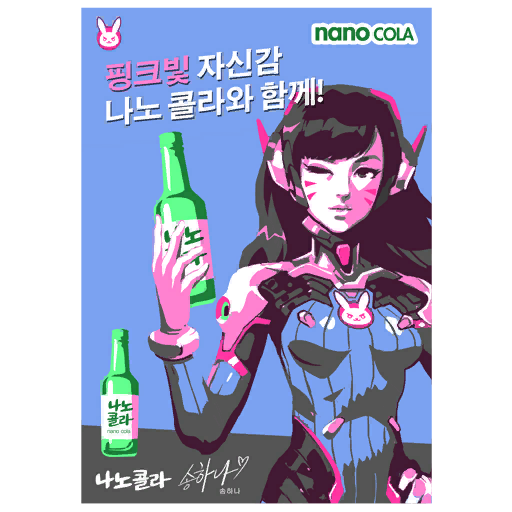 And here is the Nano Cola redesign: 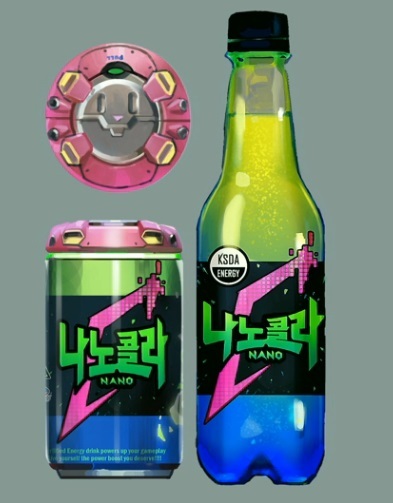 The brand appears to have dropped “cola” from the name and took on more of an energy drink design.