A creative Overwatch tactic lets teams avoid one of the toughest choke points in the game on Eichenwalde.

The entry to Eichenwalde’s first capture point is one of the most notorious choke points in Overwatch. Making it to the capture point was originally so tough that Blizzard had to redesign it slightly, offering a second avenue, but the choke remains very difficult to successfully break through.

By combining Mei’s Ice Wall and Symmetra’s teleporter, however, one team – featuring the likes of Liam_OW and AndyGMB, who some may recognize for their propensity for creative plays – was able to bypass the choke point entirely and catch the enemy team off guard. 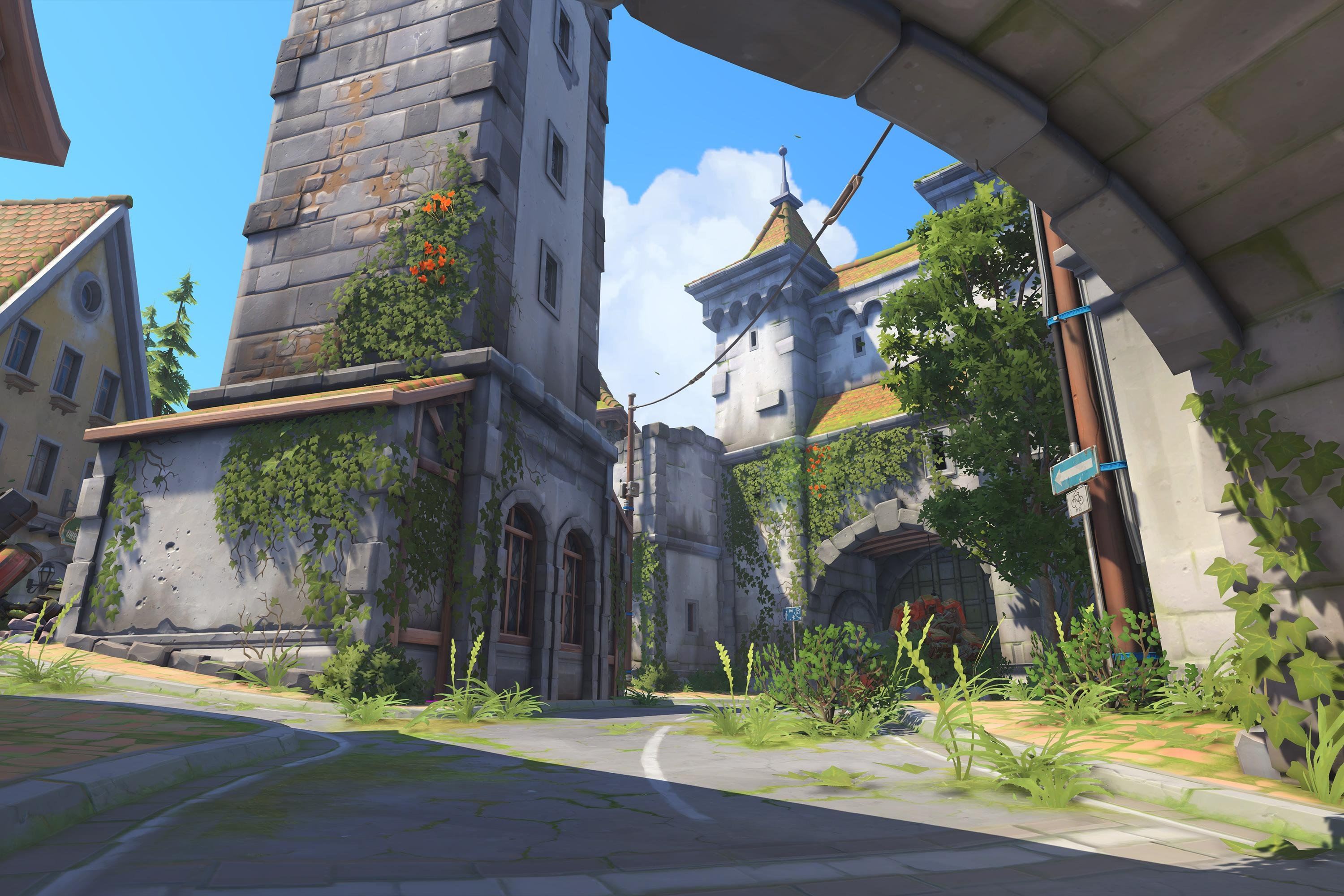 Eichenwalde’s first point usually requires players to pass under the bridge into a defensive firing squad.

The tactic sees Mei place her Ice Wall high on the building immediately in front of the offensive spawn, which makes an elevated platform on which Symmetra can then place a teleporter to carry the entire team over the roof, bypassing the choke point entirely.

What’s particularly powerful about this tactic is that it is executed out of line-of-sight from the main choke point, so unless the enemy are very over-extended – in which case it should be very possible to punish them anyway – they will have no idea that it’s coming.

While it’s possible for certain heroes to find a way to the point without going through the choke, this tactic allows an entire team to do so, including the likes of tanks who would never otherwise be able to traverse the buildings.

This isn’t the only creative means of breaking through this location that these players have come up with, however. For a more head-on attack, a similar Mei wall tactic can be used to simply elevate the Reinhardt, allowing him to charge over the bridge to smash into the enemy defenses.

It’s very possible for teams in matchmaking to spend an entire offensive round banging their heads against the main choke point, but keeping these tactics in mind could very well improve your success rate on the map.