Blizzard have revealed multiple new additions to the Overwatch line of Nerf guns.

The Overwatch developer has teamed up with Hasbro to create a line of Nerf replicas of some of the game’s most iconic weapons.

At BlizzCon, which took place on November 2-4, several new additions to the upcoming line were revealed. The Nerf guns are expected to become available in January 2019.

Previously, Nerf replicas of Reaper’s Hellfire Shotguns and D.Va’s Light Gun – commonly referred to as the “Bunny Blaster” –  had been announced.

After BlizzCon, this selection has been expanded. Joining the Bunny Blaster as part of the “Micro Shots” range will be replicas of Torbjörn’s Rivet Gun and Tracer’s Pulse Pistols. 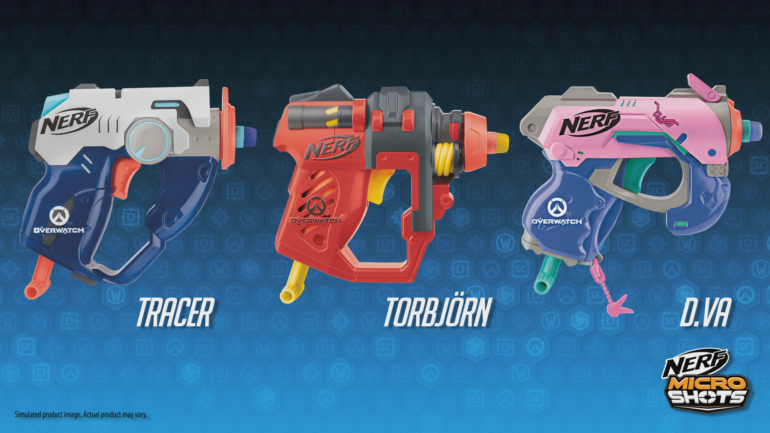 Meanwhile, fans will also be able to imitate their favorite cowboy with a replica of McCree’s Peacekeeper.

Buckle up, this gunslinger’s loaded.

The Peacekeeper joins the Hellfire Shotguns in Nerf’s Rival range, the elite line of blasters that fire pellets rather than the traditional darts, and are designed to maximize range and precision. In the case of McCree’s Peacemaker, that means a travel speed of up to 80 feet per second.

The reveal of the Peacemaker replica comes in the wake of the latest Overwatch animated short, “Reunion”, which featured McCree as he took on the Deadlock Gang on Route 66.