Overewatch released a new cinematic short featuring McCree and new hero, Ashe, on Route 66 at BlizzCon during the opening ceremonies.

Blizzard is known for their incredible cinematics and they’ve always brought out their best when it comes to Overwatch.

At this year’s BlizzCon, they brought along yet another amazing cinematic that not only provided some key bits of lore but gave us our first look at the newest hero, Ashe.

The short opens up with a shot of the diner on Route: 66 as McCree is eating a slice of pie and drinking some coffee.

As he sits there enjoying his breakfast, a loud crash is heard outside as a train is derailed and ends up crashing right outside the diner, showing us exactly how the map ended up the way we see it in-game today.

What transpires next is another instance of Blizzard’s great cinematic team at work as McCree goes to battle with the bandit crew called ‘Deadlock,’ who are led by Ashe, the newest DPS hero to be introduced to the game.

After McCree manages to dispatch the entire group, he has a quick chat with Echo, a cyborg that was being housed inside a pod on the Payload and looked to be the reason why Ashe and her crew were ambushing the area. 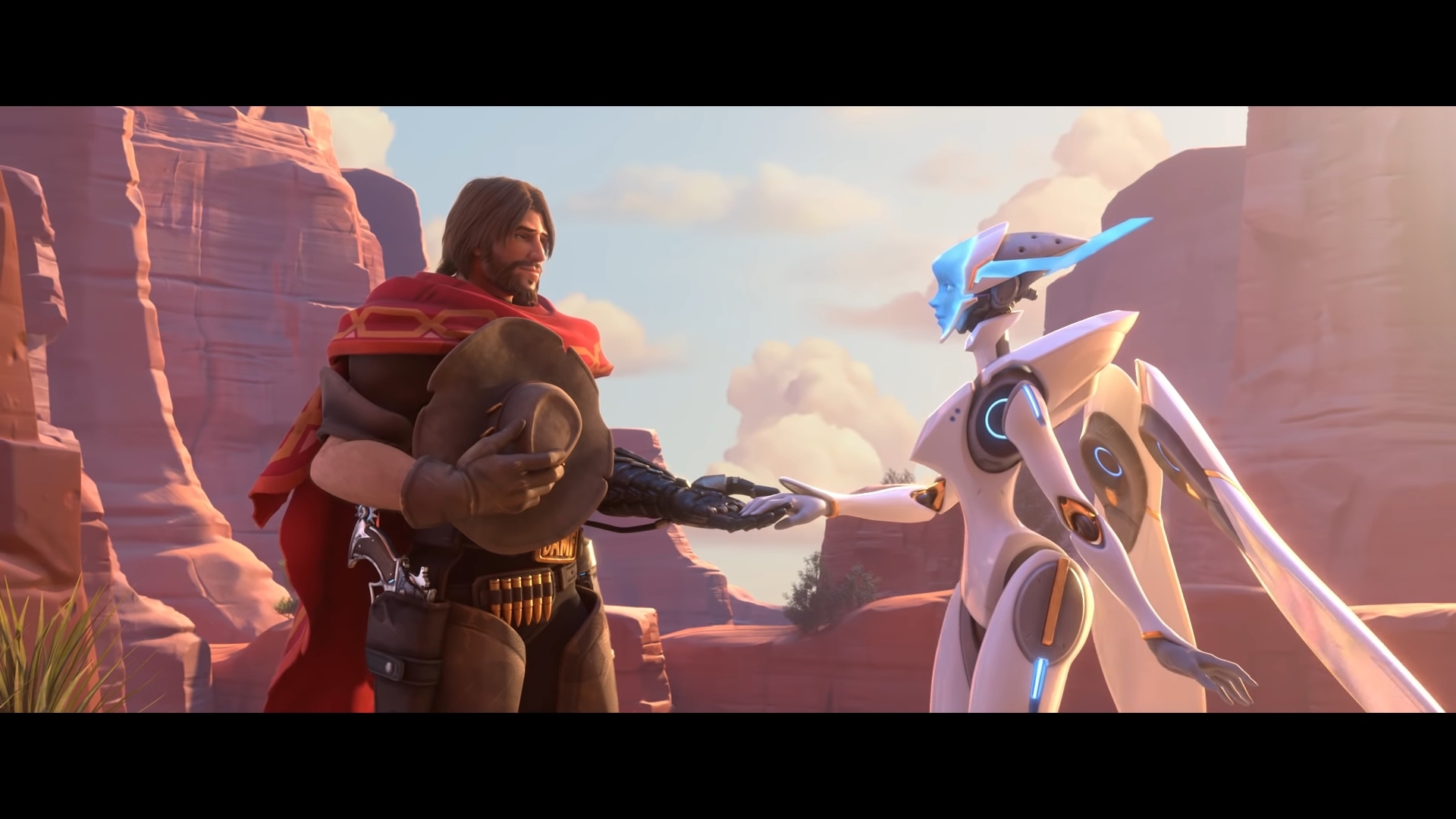 Before heading off, McCree says “Say hi to the monkey for me,” of course referring to Winston and also hinting at Echo being the next hero to join the Overwatch roster at some point in the future.

While we’ve got no idea what’s up with Echo or how long it’ll be until we can try out Ashe on the PTR, but we did finally see why there was a derailed train on Route: 66.