To go along with the announcement of a centralized discipline tracker for the 2019 season, the Overwatch League handed out suspensions to seven new players who were found to be in violation of the League’s rules.

The new player discipline tracker will provide information on suspensions and other disciplinary action taken on players throughout the 2019 season.

All of the players are from different teams so the rosters should be able to adjust for the few games that each of these players are gone for.

The list does not include “players who are not currently under contract with an Overwatch League team but might face suspension or fines should they return to league play.”

The shortest suspension for one match goes to Shilong ‘Krystal’ Cai of the Hangzhou Spark for account boosting, and the longest suspension is a five game benching for Riku ‘Ripa’ Toivanen for “throwing matches and toxicity. 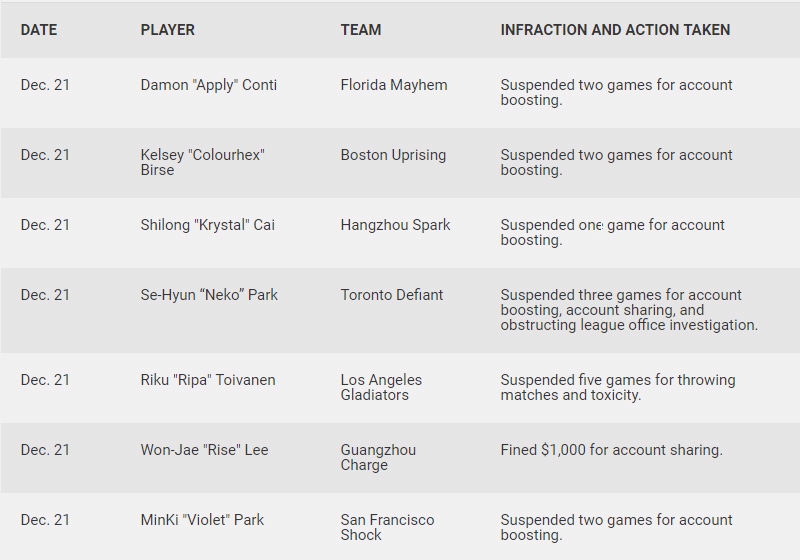 The only player to receive a fine, Won-Jae ‘Rise’ Lee of Guangzhou Charge, has to pay $1,000 for account sharing.

Blizzard and the Overwatch League seem to be cracking down on player discipline this year in hopes to avoid some of the criticism they acted reactively as opposed to proactively with player discipline in 2018.