In possibly the weirdest PSA in the history of esports, Team Liquid’s Eugene “Pobelter” Park has had to ask fans to stop “twisting our nipples” in LCS post match meet-ups.

The player took to social media to make the request, after a fan or fan(s) were apparently targeting the professionals in what was presumably some weird prank.

The LCS is currently in its summer season, and to kick off week 7, Team Liquid’s faced 100 Thieves, with Liquid coming out on top to increase their lead at the top of standings

But, in the post match meet-up, it seems some fans got a bit too excited in the presence of their favorite LoL stars, so Pobelter made a request he likely never though he would have to.

And according to the replies to Pobelter’s request, he wasn’t the only player who was targeted by this strange nipple-twisting fan – apparently 100 Thieves’ Zaqueri “aphromoo” Black was also a victim.

Because it took place behind the scenes, there doesn’t appear to be any footage of the incident, so it will be difficult to identify those responsible. 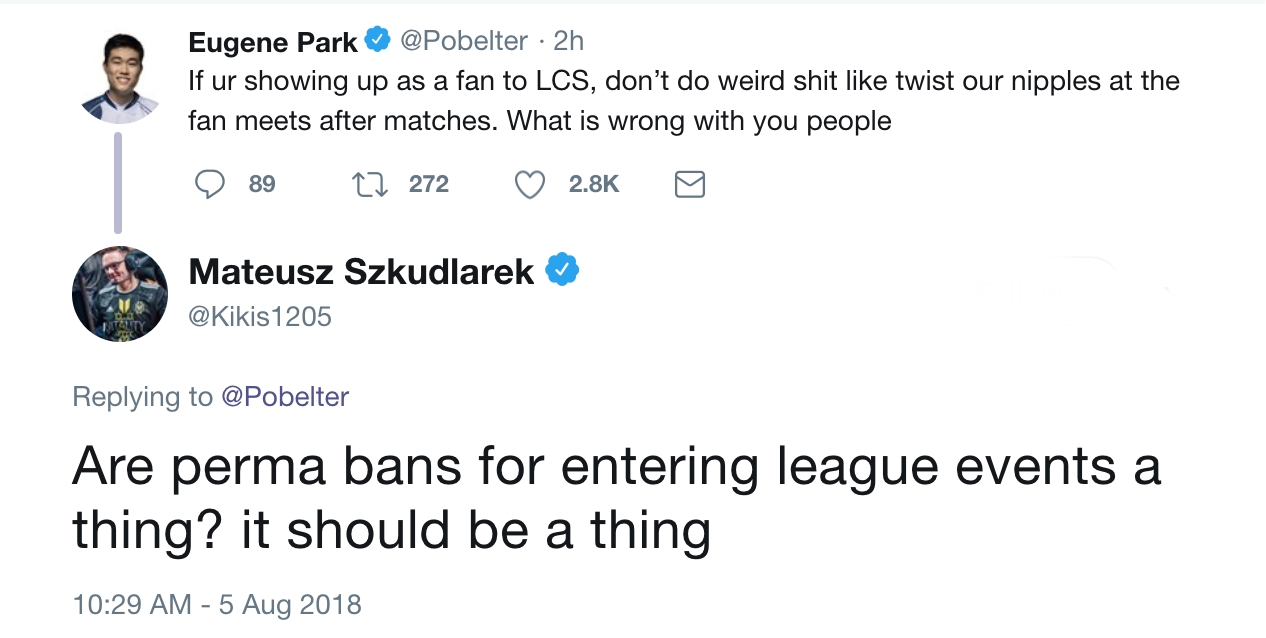 Fan meet-ups post matches take place regularly in the LCS season, as an opportunity for the paying attendants to get a picture and autograph with their favorite players. But player safety needs to be ensured, even from a nipple-twist.

Team Liquid play their second match of week 7 on Sunday August 5, up against FlyQuest. Hopefully there will be some security of some kind on hand to prevent any repeats of nipple-gate.