Eefje ‘Sjokz’ Depoortere is a freelance esports host who has been working in the League of Legends scene since 2013 and has become an integral part of European League of Legends. However, it seems some fans haven’t quite formed their opinion on her yet.

Sjokz first started hosting when the LEC was known as EU LCS back in 2013 and has hosted some of the biggest events in esports as a result, including being a recurring fixture at the League of Legends World Championships in five of the last six iterations of the annual event.

Since then, she has expanded into other esports and become a well-known and well-liked figure in the industry as a whole, also working BLAST Pro Series events in Counter-Strike. 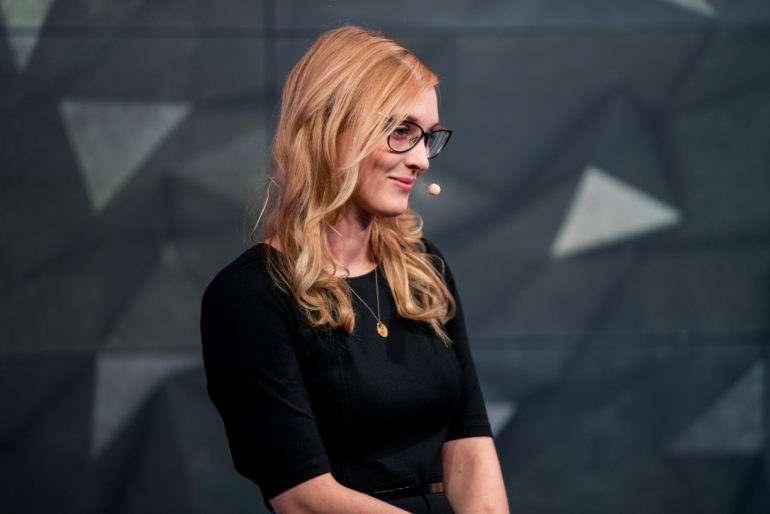 Sjokz has become an integral part of the LEC stream.
[ad name=”article2″]

While most consider Sjokz to be everything a host should be, a healthy mixture of professionalism and fun, clearly some fans still don’t know how they feel about her – and they want her to know about it.

Sjokz tweeted on October 13 that she was “getting mixed signals here,” accompanied by a screenshot of some very strange DMs from a League of Legends fan.

In mid-September, the fan in question messaged her saying the following:

“Hey huge fan, you’re a great host and analyst, don’t let the negativity get to you! Hope to keep seeing you host LEC and Worlds which is coming up.”

Then, hardly a month later, they reached out once more with a slightly different message.

Sjokz is no stranger to the weirder sides of the internet, often tweeting out the weird DMs she receives, so it’s unlikely this message phased her too much, but that doesn’t mean it’s acceptable.

The contrast in the two messages would almost be funny if it wasn’t so dark and – quite frankly – worrying. Hopefully, the contents of the original message is what Sjokz takes from this and doesn’t let the negativity get to her.