It’s been almost two years since the release of Riot’s hit League of Legends-inspired auto-battler Teamfight Tactics, but players have been stuck with the one game mode. Riot are expanding that in Set 4 though, with a new mode coming in early 2021.

TFT has had one game mode since its release in early 2019. You could queue up with up to seven others, and play through the same game from Set 1 all the way through to Set 3. The only thing that changed was the champions and the theme.

However, the game itself could finally be changing. Riot is working on new ways for players to enjoy TFT across all platforms. While this includes new sets ⁠— like the fourth one coming in September ⁠— it also includes new game modes.

New champions, like Azir, aren’t the only thing coming in TFT Set 4. Riot has confirmed a new game mode for the auto-battler is coming in “early 2021.”

Riot is finally delivering on that promise in 2021. To mark the two-year anniversary of TFT’s release, the developers have teed up a second game mode players can queue up for.

“In addition to new sets, we are also working on other ways for you to engage with TFT,” lead developer ‘GreenTeej’ explained on an August 6 dev video.

“We want TFT to be a place where there are multiple ways to enjoy [the game] ⁠— modes that better fit your schedule, no matter whether you are playing on mobile or PC. We’re looking at bringing one new TFT mode to you early next year.”

What this new game mode could be, remains a mystery though. It could be a faster-paced version of the auto-battler players can play in 15 to 20 minutes. Given a game can take up to 40 minutes right now, this could appeal to mobile players.

It could also take a completely wacky spin on the genre. Think what U.R.F. did for League of Legends. Turn the numbers up to 11, and see what crazy shenanigans players come up with.

Early 2021 lines up with a potential Mid-Set update for Set 4 in January, so it could come then. Else, it could come as Set 4 is wrapping up sometime in April. The release window Riot has given players is big, but the big news is that a new game mode is finally coming.

Riot also gave players an update on the spectator client. While they were aiming for a 2020 release, they’ve had to push it back to next year. However, players can expect it to come as soon as possible, as Riot has penciled it in as the highest priority.

“We’re still exploring Spectator mode as a way to improve the TFT viewing experience, and we know how important this feature will be, especially for those who like to watch TFT at a high level,” GreenTeej added.

“We wanted to deliver that [in 2020], but we had to focus on other areas of the game first, like keeping up with the new set cadence, as well as the mobile release. We’re now clearing out space for this work to begin.

If you’re looking for some free League of Legends skins, then you might want to jump on the Twitch Prime Gaming bandwagon. You can get a free skin shard every 10 days, all the way through to April 2021. Here’s how.

Instead of having to get lucky through in-game events, or playing tons of the game to level up and hope for a good Hextech Chest, there’s an easy way to pick up League of Legends skins. Twitch Prime Gaming is the way.

The streaming platform is back with a new promotion in League that allows players to have a chance at finding their favorite skins for free, if they have a Prime Gaming membership. Here’s what you can get through the deal. 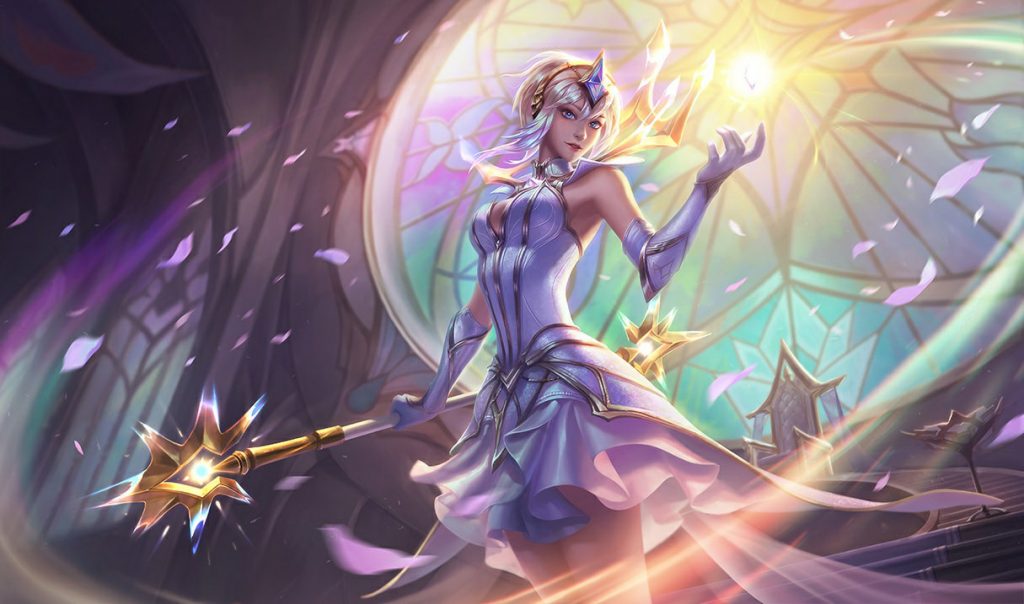 You can get free League skins if you have a Twitch Prime membership. Here’s how.

As we mentioned in the title, you can get free League of Legends skins with Twitch Prime. Every 10 days or so, a new promotion will begin, so you’ll have to keep on top of it to get maximum value.

You will receive a Mystery Skin Shard, which you can open from your loot tab. Depending on whether you like the skin or not, you can upgrade it to a permanent with orange essence, or reroll it for a different one.

Here’s when a new Skin Shard is available:

Be sure to check back every 10 days for a new shard!

How to claim League of Legends Twitch Prime Gaming rewards

It’s really easy to claim these skin shards. All you have to do is follow these simple steps.

Hopefully you can find the skin you were looking for through this promotion!