Ex-League of Legends pro Christian ‘IWillDominate’ Rivera absolutely lost it on stream after his “troll” teammates cost him the match.

IWillDominate is a veteran LoL pro that played the game competitively from 2010-2016. He is most known for his time at Team Liquid, where he played as a jungler before taking up coaching and eventually streaming.

Since late 2016 he has been focusing on streaming, and it was in one of his streams where his team began to troll him by not finishing off an incredibly low health opponent and leaving the game, causing the American to lose his mind. 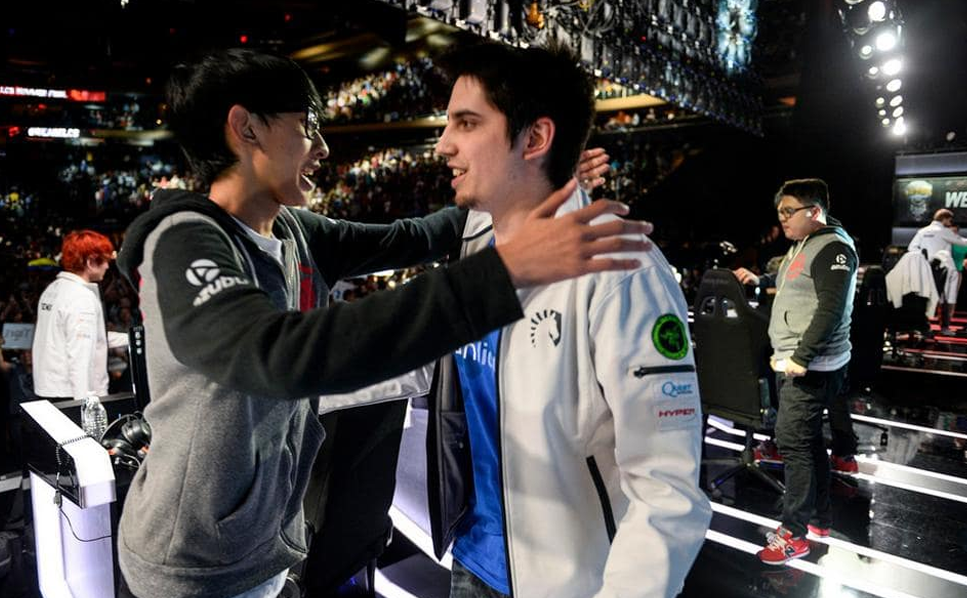 IWillDominate played a key role for Liquid in 2015.
[ad name=”article2″]

“Oh my God, he’s running! Go! Just go! Screamed IWillDominate, as his Karthus ultimate was landing on the enemy Syndra, leaving her on just a slither of health. Meanwhile, his teammate, who was playing Yasuo, was hesitant to dive under the tower to finish her off.

The American couldn’t believe what he was seeing, it would take just one hit to secure the kill, with almost no risk at all. He continued to scream “just go” over and over, but Yasuo did not go.

It was at this point that Christian really lost it, as he screeched “what is he doing, what is he doing?!” while jumping out of his chair and grabbing onto his head in complete disbelief.

For the next few moments, all that could be heard was a repetition of his previous statements, as the ex-Team Liquid player slowly descended into madness.

Shortly after he regained some composure and claimed that the Yasuo was just trolling him and that it’s “so fucking sad” that someone would do this.

As he was beginning to come to terms with what had happened, one of his teammates disconnected from the game, followed by another little while later. It would seem it just wasn’t IWillDominate’s lucky day.