LoL: Griffin under investigation after contract dispute and mismanagement allegations

League of Legends Worlds 2019 participant Griffin is now under investigation by Riot Korea after it was revealed that the team’s manager forced players into signing unfair contracts and threatened players from leaving the team.

Griffin have been the talking point at Worlds, but not for their performances on the Rift. Instead, out-of-game controversy has plagued the team’s run at the international event, with team management under fire for misconduct and players speaking out about the additional stress.

Former coach Kim ‘cvMax’ Dae-ho first came out on stream criticizing management for misconduct after his resignation, before a bevy of other team members came forward with their own experiences, including former AD carry Han ‘Force’ Sang-woo.

Now, Riot Korea and Griffin’s CEO are stepping in, after both came out with statements surrounding the allegations, and announced that they will be undertaking independent investigations into the matter. 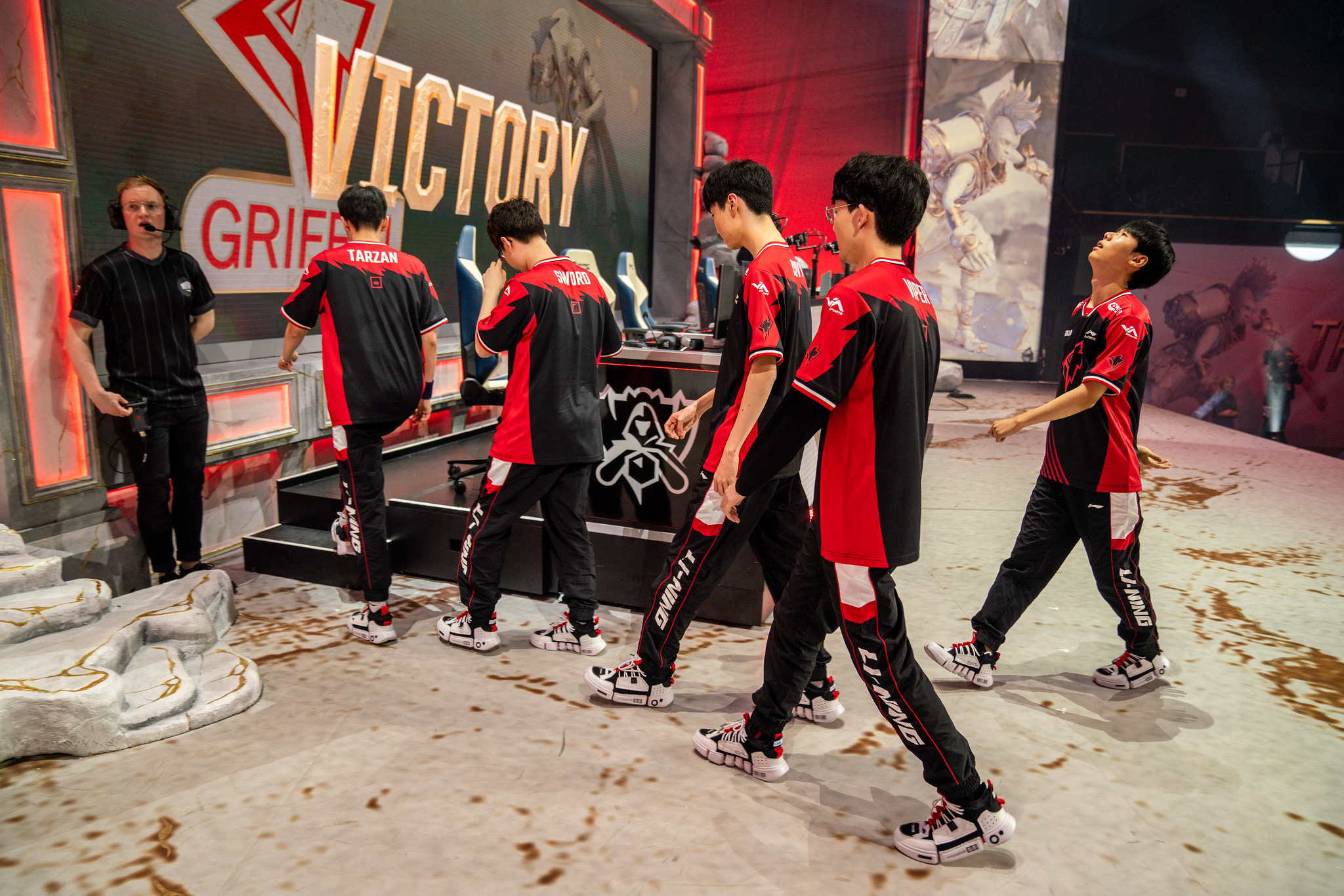 Riot Korea announced that, in conjunction with Riot China, it will undertake a full investigation into Seo ‘Kanavi’ Jin-hyeok’s contract with China’s JD Gaming after the former Griffin jungler was alleged coaxed into signing an unfair contract.

Kanavi was loaned out to JD Gaming without cvMax’s approval, before manager Cho Kyu-nam went over his and Kanavi’s head to finalise a trade with the team, according to the former coach.

Reddit user ‘pcj6151’ translated cvMax’s statement on the matter, saying that Griffin received $1.3 million for the five-year deal, with Kanavi seeing none of that and being put on minimum salary because of the high transfer fee.

Former AD carry Force also came out in support of cvMax after the initial statement on October 15. The two worked together throughout 2017 and early 2018 with the bot laner stating that the coach and Kyu-nam were “arguing all the time,” which made practice difficult.

“Players followed cvMax with a blind faith,” he said. “I cannot believe players would say that he isn’t needed in the team anymore. I refuse to believe it.” 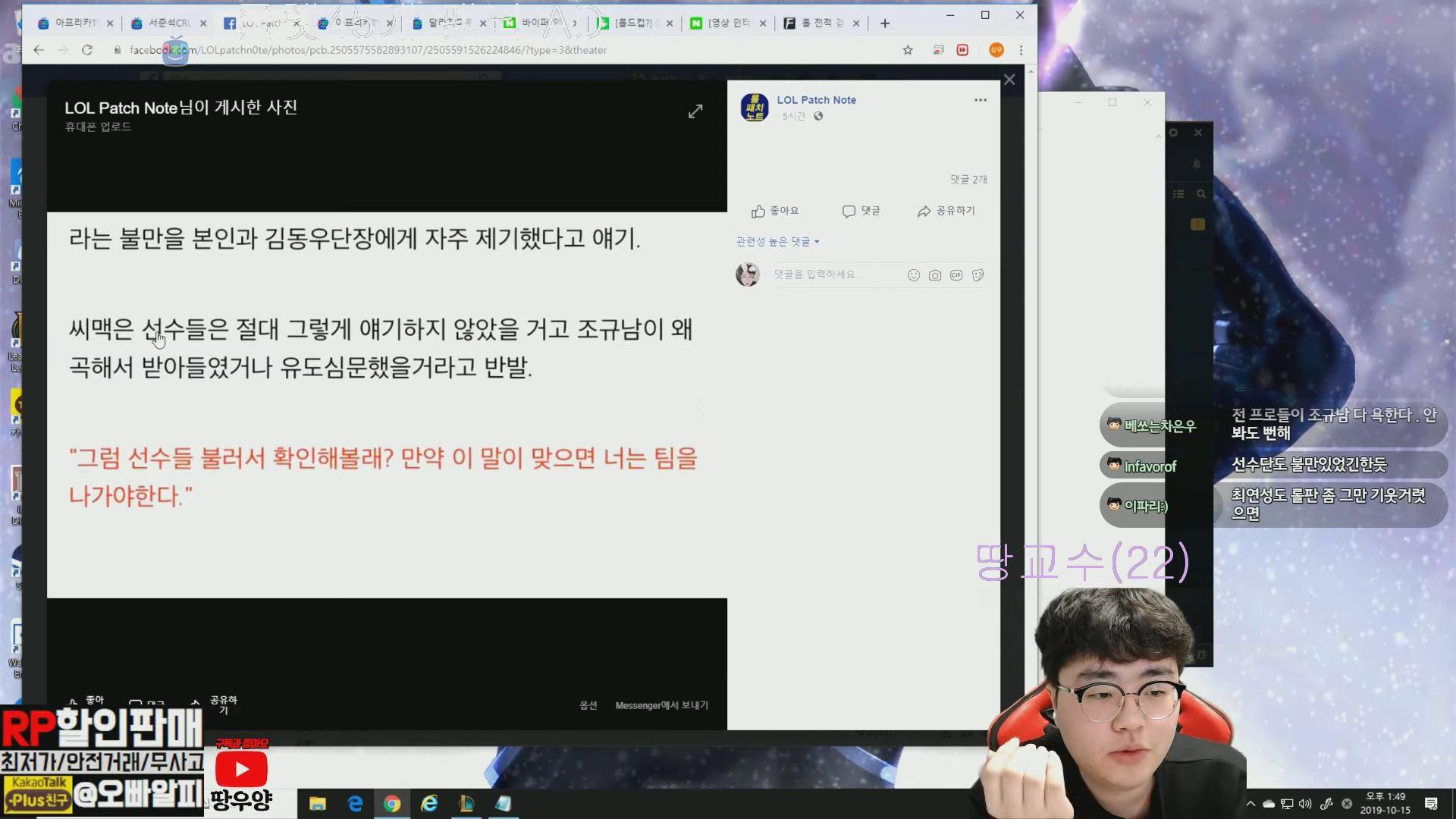 These allegations are on top of pre-existing claims about cvMax being pushed out of the team by management, hampering the team’s efforts to prepare for the 2019 World Championship.

According to the former coach, when he was fired the first time, the team was not informed, with management telling them that the coach was on break. He was also pressured by management to quit as early as Summer 2018, after they lost to KT Rolster in the LCK Summer 2018 finals in their debut LCK appearance.

He was eventually replaced three weeks out from Worlds by then-assistant coach Byun ‘Chaos’ Young-sub.

Griffin themselves are also launching an investigation into the allegations, and have fired Cho Kyu-nam as of October 17. In a statement on their website, which was translated by Korizon, CEO Seo ‘Shark’ Kyung-jong apologized to Griffin’s fans, and most importantly, the players.

“Through an internal investigation, for any wrong committed, we plan to invoke due responsibility to all responsible individuals involved including Director Cho Kyu-nam’s dismissal,” he said.

“However, the players of Griffin have qualified to Worlds, the biggest stage for LoL professional gamers, and are completing their due schedule. Even if you feel extreme loss and frustration about the current situation, we sincerely ask you to wait for our response until the players complete their schedule and return safely.” 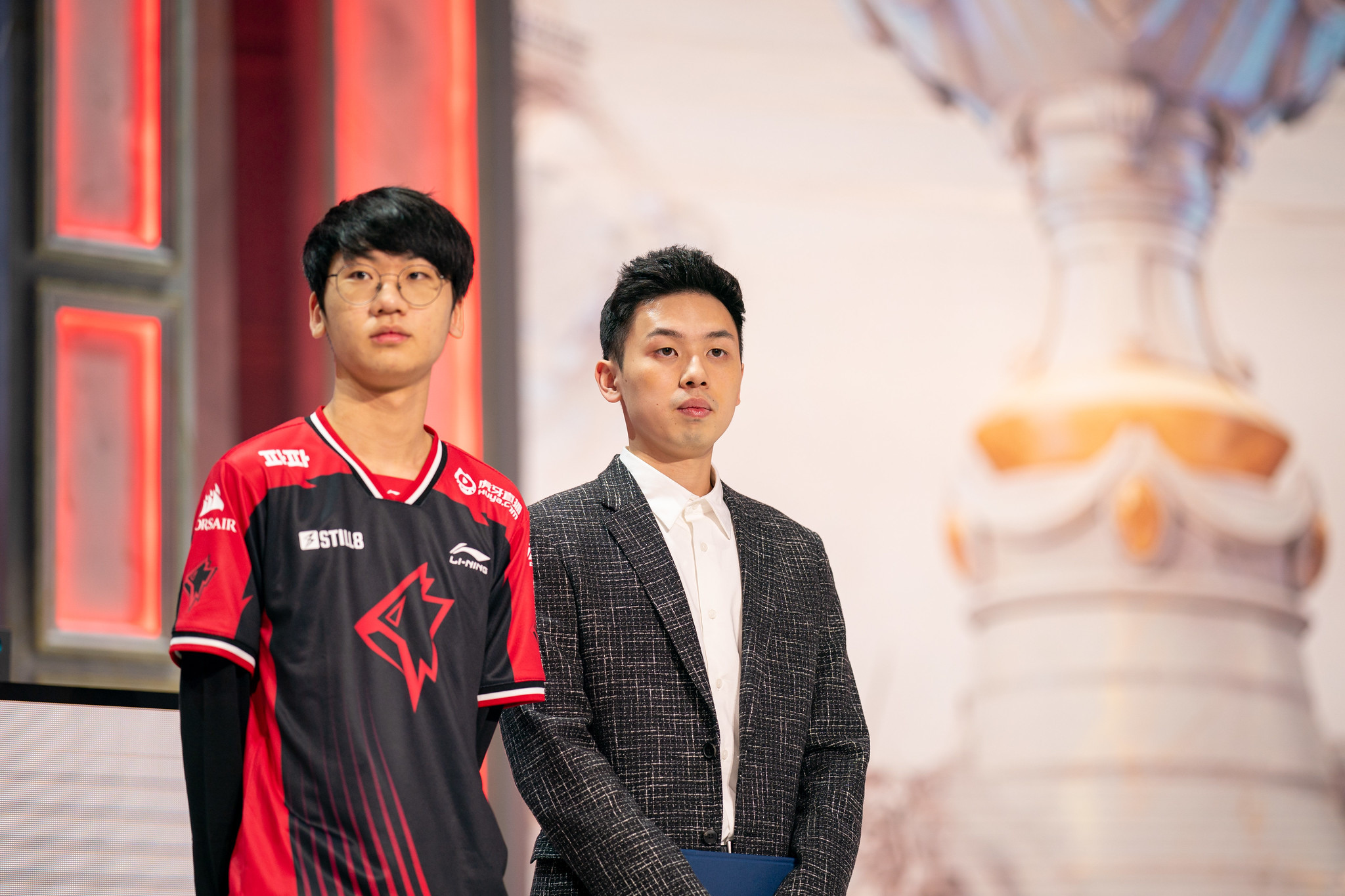 Chaos has been coaching Griffin at Worlds 2019.

Griffin is currently competing at Worlds 2019, with a 2-1 game record heading into the second round robin. They will be playing out their final games against Cloud 9, G2 Esports, and Hong Kong Attitude on October 19 from 6am PST.

You can keep up with all of the action via our Worlds coverage hub.